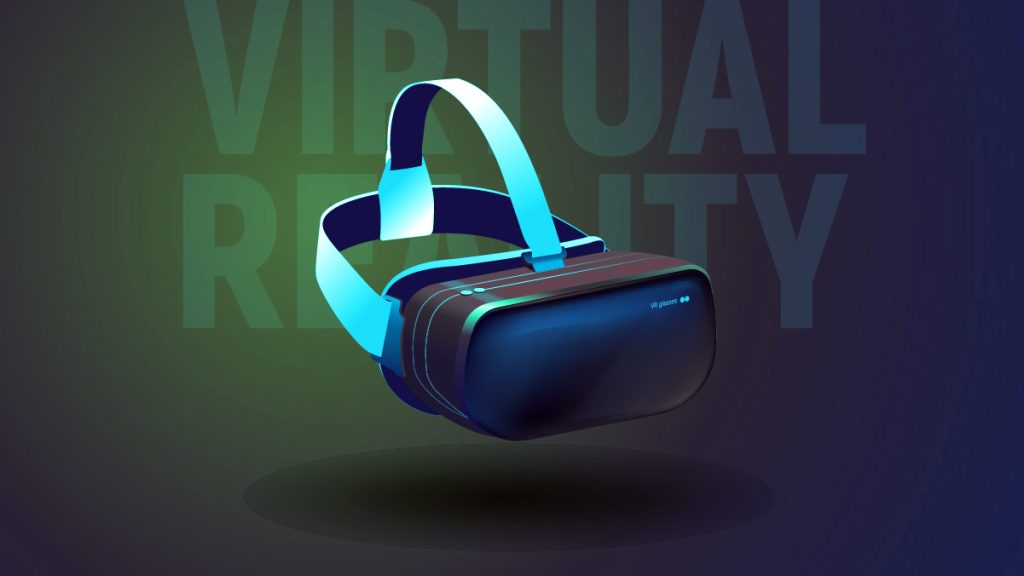 VR is becoming more popular every year, and the coming years will see some remarkably interesting Upcoming VR headsets releasing to the public. With more games, better graphics, sleeker frames, and lighter builds, with more features and better tech the VR industry is making advancements in every direction.

VR has had a tough time taking off, and market prospects do not put it anywhere near the projected success of Augmented Reality (AR). However, it is no less a much beloved medium for many gamers, with prospects that go into business, educations, healthcare, manufacturing, and beyond.

Here are the most highly anticipated upcoming VR headsets to look forward to.

Little but rumors are known about Apple’s upcoming VR headset, but according to reports, Apple Glass is intended to be a forerunner to the VR and mixed reality headgear.

According to Mark Gurman, the headset would prioritize communication, media consumption, and gaming, indicating Apple is creating something with users in mind.

This might mean that the next-gen headset would not be as expensive, however, that does not mean the first generation will not be pricey. In proper Apple fashion, the Apple VR and Mixed reality headset will reportedly debut at a painfully steep $3,000.

According to a report by The Information, the upcoming headset will include 12 tracking cameras that can transmit data to two 8K monitors directly in front of the suer’s eyes, which should give some excellent resolution and peripheral vision.

Project Cambria is a bold initiative by Meta (previously Facebook) to develop a next-generation, high-end VR headset without the need for a PC. Project Cambria was unveiled at the Meta Connect conference in October 2021, and the headgear will be made available sometime in 2022. The gadget will be a distinct “high-end” product, according to Facebook CEO Mark Zuckerberg, who also stated during the conference that it would not replace their Quest 2 or Quest 3 headsets, at it targets an entirely different audience than other upcoming VR headsets.

The much-awaited face, body, and eye tracking functionality in Project Cambria will enable your virtual avatar to mirror your facial emotions via sensors. Your eye and mouth movements will be tracked by the sensors to produce more lifelike avatars.

High-resolution, full-color video Passthrough technology will also be included in the headset (which allows users to view the real world through goggles but with limited peripheral vision). In contrast, the hazy, monochromatic Passthrough function of Oculus Quest 2 only offers a black-and-white image of actual items. Cambria is branded as a headset for the workplace, and while it can handle games beautifully, it can be used in a variety of scenarios such as mixed reality fitness.

Sony’s second-generation VR gear, the PlayStation VR 2 (PSVR 2), claims to provide a more immersive gaming experience than the PSVR 1 did. Sony unveiled a playable PSVR 2 demo at the Game Developers Conference 2022, which has wowed developers with its redesigned design and enhanced technology. The PS5-only headset will include interesting features like haptic feedback, eye tracking, foveated rendering (a VR technique that makes what the user is concentrating on clearer), and a broader field of view (FoV). This makes it among the most advanced iterations of this years upcoming VR headsets.

The inside-out camera tracking function in PSVR 2 will assist in monitoring the user and controller using integrated cameras, in contrast to other headsets that require an external camera to follow your motions. The PSVR 2 is projected to launch in late 2022, although an official pricing announcement has not yet been made.

At their Frontier virtual event in October 2021, American VR gear firm Pimax presented the Pimax Reality 12K QLED headset. The headgear offers its users a fully immersive VR experience, a 200-degree field of view, a 12K resolution, and a 12-miniature LED display (1200 PPI). It has both independent and PC connectivity options.

The headset boasts a higher-resolution display than the Pimax Vision 8KX, the company’s current flagship headset (4K per eye resolution). To improve performance on high-resolution screens, Pimax has also teamed with Tobii, a pioneer in eye-tracking technology, and will include its technology into all next Pimax headsets, including the 12K QLED. The performance of VR rendering may be improved with the aid of eye-tracking cameras and foveated rendering. Pimax is trying to establish itself in the metaverse with the Reality 12K headset. It will be $2,399 USD when it goes up for presale in late 2022.

Those were some of the future top upcoming VR headsets to look forward to. Continued advancements in VR have the the potential to revolutionize the industry. Keep an eye out for these three new models if you are enthusiastic about the potential of virtual reality.

Inside Telecom provides you with an extensive list of content covering all aspects of the tech industry. Keep an eye on our Technology  space to stay informed and up-to-date with our daily articles.