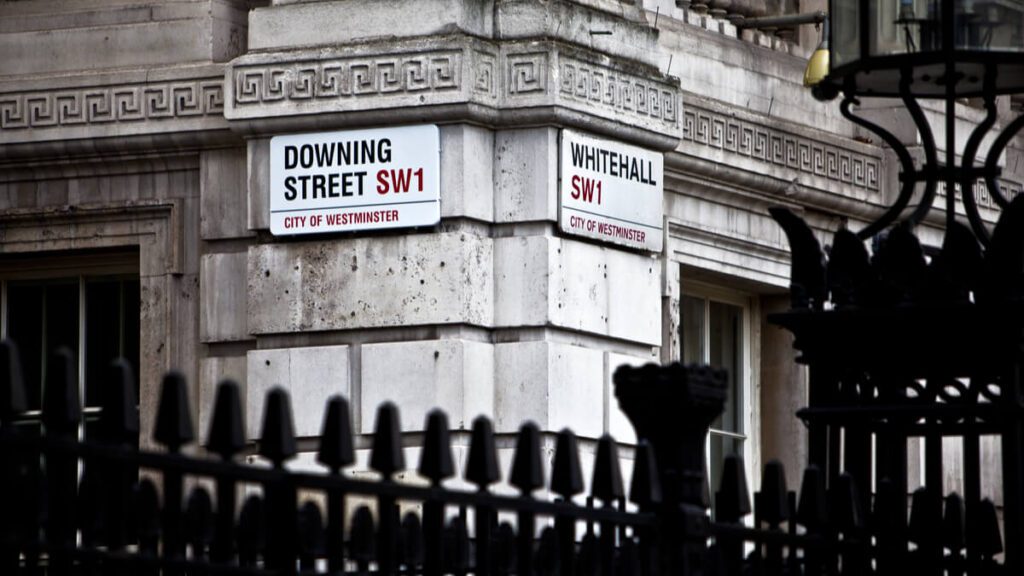 The UK government launched on Wednesday a new tech watchdog that will help make sure tech giants, such as Facebook and Google, cannot exploit their market dominance to crowd out competition and stifle innovation.

The Digital Markets Unit (DMU), based in the Competition and Markets Authority (CMA), will oversee plans to give consumers more choice and control over their data, promote online competition and crack down on unfair practices which can often leave businesses and consumers with less choice and more expensive goods and services, a statement by the British government said.

“There is a consensus that the concentration of power among a small number of firms is curtailing growth and having negative impacts on consumers and businesses which rely on them,” the statement highlighted.

Around £14 billion was spent on digital advertising in the UK in 2019, around 80 percent of which was spent on Google and Facebook, and the CMA notes the number of adverts that consumers are exposed to on digital platforms is increasing.

Facebook’s average revenue per user has increased from under £5 in 2011 to more than £50 in 2019 and its average revenue per user is now more than ten times higher than competitors. “In the UK, Google’s prices for search advertising on desktop and mobile were 30 to 40 percent higher than Bing’s, its main competitor in 2019,” the CMA market study said.

Earlier in November 2020, the UK announced a new unit would be set up to enforce a new pro-competition regime to cover platforms with considerable market power – known as strategic market status. The new unit has officially kicked off its first work program as it launches in “shadow” non statutory form ahead of legislation granting its full powers.

The government has asked it to begin looking at how codes of conduct could work in practice to govern the relationship between digital platforms and groups such as small businesses which rely on them to advertise or use their services to reach their customers.

“It will take a sector neutral approach in examining the role of platforms across a range of digital markets, with a view to promoting competition,” the statement noted.

According to numbers provided by the British government, the digital sector contributed nearly £150 billion to the UK economy in 2018 – driving opportunity, productivity, and creativity in every corner of the UK.

The Digital Secretary has asked the tech watchdog to work with the communications regulator, Ofcom, to look specifically at how a code would govern the relationships between platforms and content providers such as news publishers, including to ensure Big Teach is as fair and reasonable as possible.

According to the UK government, this would pave the way for the future rules of the road and is alongside the wider work being done by the government, following the Cairncross Review and the package of support through the pandemic, to boost the sustainability of the press.

“This will pave the way for the development of new digital services and lower prices, give consumers more choice and control over their data, and support our news industry, which is vital to freedom of expression and our democratic values,” Digital Secretary Oliver Dowden said.

In parallel, Business Secretary Kwasi Kwarteng commented on the regulator’s launch, noting that the UK has built an enviable reputation as a global tech hub and we want that to continue – “but I’m clear that the system needs to be fair for our smaller businesses, new entrepreneurs and the wider British public.”

“Our new, unashamedly pro-competition regime will help to curb the dominance of tech giants, unleash a wave of innovation throughout the market and ensure smaller firms aren’t pushed out,” Kwarteng added.

The British government will consult on the design of the new pro-competition regime this year and legislate to put the DMU on a statutory footing as soon as Parliamentary time allows.

The unit will work closely with the CMA enforcement teams already taking action to address practices by digital firms, which harm competition and lead to poor outcomes for consumers and businesses. This includes taking enforcement action against Google and Apple, and scrutinizing mergers involving Facebook and eBay.

“People shopping on the Internet and sharing information online should be able to enjoy the choice, secure data and fair prices that come with a dynamic and competitive industry,” Andrea Coscelli, Chief Executive of the CMA, said in a statement.

The CMA market study unveiled evidence that a lack of competition in these markets leads to harm to consumers and businesses through reduced innovation, higher prices for goods and services as well as their quality, a lack of consumer control, and broader social harm.

Meanwhile, the UK government has already published an outline of the new unit’s function and role for its first year of operation. It includes working alongside business, the government and academia to compile the necessary evidence, knowledge, and expertise so that once the new pro-competition regulatory regime is in place it can begin operation as quickly as possible.

“The UK is already discussing its approach to digital competition with international partners through bilateral engagement and as part of its G7 presidency. The Digital Secretary will host a meeting of digital and tech ministers in April as he seeks to build consensus for coordination on better information sharing and joining up regulatory and policy approaches,” the statement explained.

The Digital Markets Unit will work closely with important regulators including Ofcom and the Financial Conduct Authority so that consumers and businesses are comprehensively protected, and the new regime is coherent and effective.