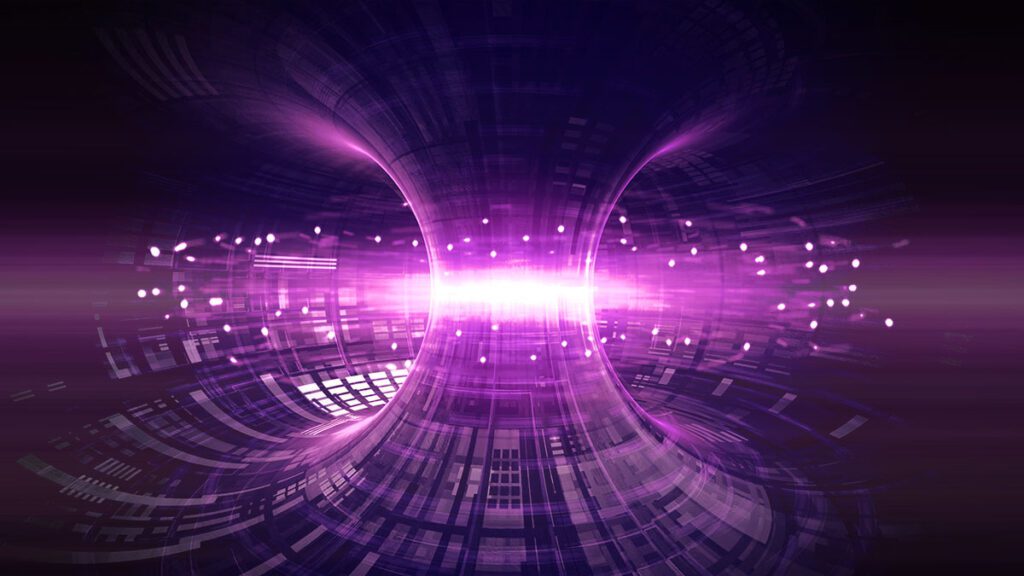 The United Nations has placed the availability of clean and affordable energy among its priorities through sustainable development goal (SDG) 7. Nuclear energy is seen as one of the best alternatives to meeting this SDG. A report by the international atomic energy agency (IAEA) highlights the main attractive features of nuclear energy including low carbon emissions, affordability, reliability, climate and environment friendliness, and controllable health-aware operations. The world nuclear association estimates the share of nuclear energy in electricity production to be about 10 percent.

Current nuclear power plants employ nuclear fission to generate electricity. In fission, a collision between neutrons and Uranium atoms is needed to release useful energy. The more natural process of fusion, which is basically the source of energy in stars and the Sun, is currently not realizable due to the high temperature required to complete the fusion process.

Tokamaks are experimental machines that are built to harness the energy of fusion through its walls. The heart of operations is inside a doughnut-shaped vacuum chamber. In simple terms, the gaseous hydrogen fuel is heated to become plasma which is made of charged particles sensitive to electromagnetic forces. Massive coils are used to control the shape of the plasma. Plasma particles are heated up to the extent that they fuse and produce considerable amounts of energy. ITER was the major tokamak project which started in 2007. Many similar projects are being developed around the world.

Controlling the plasma properties within the tokamak has been an important issue towards a viable energy production solution. Add to this the constantly changing state of the plasma. The sheer complexity of the operations has called for artificial intelligence (AI). Employing AI for fusion and plasma control has been a major project by DeepMind, a company owned by Google. A recent paper published by the group in the journal Nature, outlines the approach successfully followed.

The Birth of AI Nuclear Fusion

When the power and usecases of AI complements the theoretical foundations of nuclear physics, a new discipline is born, and the hurdles towards fusion-based energy become much less significant.

The key to solving the conundrum of controlling plasma was through deep reinforcement learning algorithms as highlighted in DeepMind’s paper. The changing environment within the tokamak and the large number of coils to control necessitated a powerful learning algorithm capable of digesting a large number of parameters. On another note, real tokamaks are not that frequent and are usually shared by scientists which limits the time researchers can use to test an approach or design work. In that context, AI has allowed researchers to have a steeper learning curve, presenting them with the opportunity to understand the plasma behavior under various conditions. Plasma is no longer only controlled by physics; it is now a byproduct of AI-based decision making.

The approach highlighted in the paper consists of three steps. A set of objectives is first set. Deep reinforcement learning is then used to find the optimal control policy of the tokamak. The policy which is represented as a neural network is run on the actual tokamak. The described technique is developed while observing the output from the simulator to ensure that the control policy is optimal.

One of the main lessons in this project is that the same technology that helped make nuclear fusion closer to reality, will be a major tool in developing future tokamaks. The future AI tokamaks will be tailored to reach specific performance targets. The AI that helps control the plasma could certainly be extended to optimize the design of the chamber, walls, and other components.

The use of AI in nuclear physics has been increasingly important. The work of Google’s DeepMind has presented a proof of concept that advanced AI algorithms can incrementally lead to the AI-based plasma control that feeds into AI nuclear fusion and AI tokamak designs. The further introduction of quantum computing algorithms will further disrupt the designs process allowing researchers to simulate and test design solutions that could not be achieved using the computational power of today’s computers.  Akin to other key technologies and focus areas, the arms race is well engaged between the world’s superpowers to master the new technology and dominate its expected wide market.

Inside Telecom provides you with an extensive list of content covering all aspects of the tech industry. Keep an eye on our AI, Technology, and Impact space to stay informed and up-to-date with our daily articles.