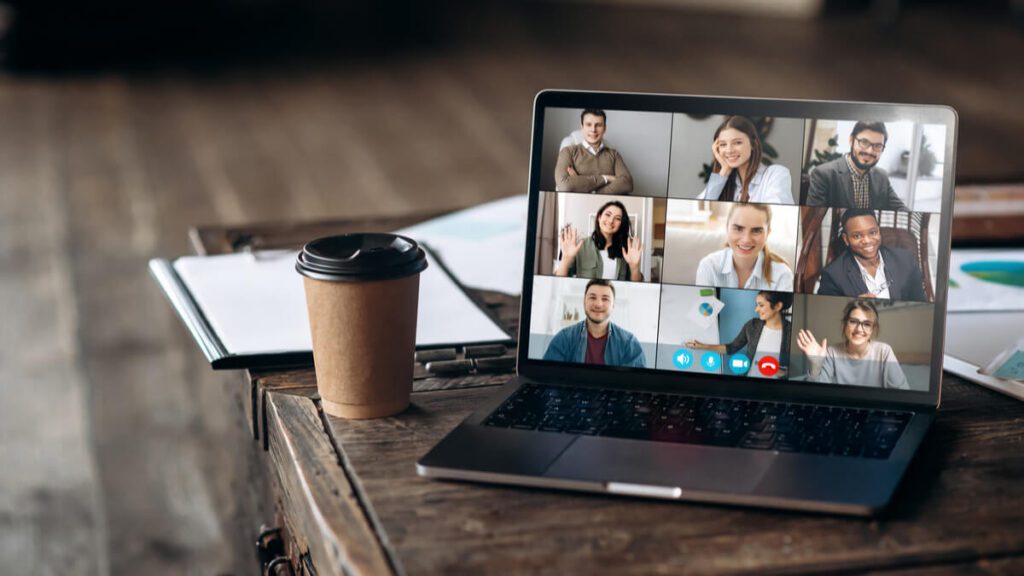 During 2020, millions of the world’s employees and students were forced to work and study from home during the COVID-19 pandemic, rediscovering one of the most consistently frustrating forms of modern technology: video conferencing apps.

In the comfort of their own homes, from couches, recliners, beds and kitchen tables, people across the world have fired up video chats and conferences, acting as a virtual replacement for meetings, classes, and conferences.

Frost & Sullivan reported that 58 percent of businesses use video conferencing in some capacity to aid with their everyday operations. “This trend is only expected to rise too, as nearly half of the global workforce is expected to telecommute within the next decade,” they added.

According to Fortune Business Insights, the global video conferencing market size was $5.32 billion in 2019, and its projected to reach $10.92 billion by 2027, exhibiting a CAGR of 9.7 percent during the forecast period.

In parallel, Microsoft Teams witnessed a 500 percent increase in Team meetings, calling, and conferences. “The Microsoft Teams software, in particular, has risen by 200 percent on mobile devices alone,” the company said in a statement.

These dramatic increases have caused companies like Microsoft to quickly ensure their services can withstand such a drastic surge in widespread usage.

A report by Opensignal analyzed the state of video calling in 75 countries in a 100-point scale and found that Japan, the Netherlands, and South Korea shared the first position scoring 68.7 points, 68.6 points and 68.2 points, respectively.

“In our analysis, the results represent the likelihood that all smartphone users participating in a group video call of between two and eight people will have an adequate experience that will allow the call to run seamlessly, considering real-world measures of both the video and audio components of all the users on the call,” the report highlighted.

Opensignal observed evidence of a global divide between more industrialized economies, fast growing ones and developing countries when it comes to group video calling. Of the European markets analyzed, only Russia figured among the bottom 20 percent of the table, which was otherwise occupied by African, Middle Eastern, Asian, and Latin American countries.

In parallel, Europe accounted for twelve out of the top 20 countries, although none of the “big five” — France, Germany, Italy, Spain, and the U.K. — ranked in the top 20.

Of the remaining 8 countries in the top 20 list, six countries were from the Asia Pacific region — Australia, Japan, New Zealand, Singapore, South Korea, and Taiwan, and only Qatar and Uruguay came from the remaining regions.

The emergence of 5G in certain countries played a significant role in the video calling experience, as Opensignal recorded a 42.3 percent higher score from users under the 5G network than those under 4G.

“Our group video calling results measured on 5G networks scored between 7.3 points and 20.2 points higher than what we observed on 4G networks in most countries — which represented a relative increase of between 11.9 percent and 42.3 percent,” the report explained.

According to a study by GetVoIP, 68 percent of video calling now takes place on mobile devices.

“Video chatting on mobile devices has become the most popular source for video calls, rising above desktop and laptop devices,” the study said.

The study also found that two out of five people reported they are using video chatting more than they did a year ago. Not surprisingly, millennials are the largest group of live video users, which undoubtedly adds to the drastic rise of video chats on mobile devices.

However, the video conferencing experience wasn’t always as smooth as we all wanted it to be.

Opensignal analyzed how group video calling measure varied across the hours of the day.

“Our data showed patterns suggesting that congestion was indeed a factor affecting the likelihood that all users participating in a group video call had an adequate connection,” the report noted.

While observing this fluctuation across most countries, countries achieving higher group video calling scores generally had a more consistent experience across the day compared to countries with a lower score.

The data shows a common pattern across all countries, where mobile experience is highest during the small hours of the night and decreases during the day as more users connect to the networks and congestion increases.

However, the data also shows that countries have different peak usage times: for example, Japan’s score was lowest in the hour following noon, while in the U.S. and Pakistan group video calling scores were lowest during the mid-afternoon and evening, respectively.

Countries having higher group video calling scores generally had a more consistent experience across the day, while countries having a lower score usually face a greater challenge in mobile congestion.

According to Gigaom, 87 percent of employees feel more connected with their coworkers when using video conferencing software. This highlights the importance of video conferencing and remote technology for companies in the modern era.

In addition to outlining the benefits of the relatively low cost for benefits to use video conferencing software, the report also identifies the enhanced sense of connectivity employees feel to one another and the process of conducting business overall.

Their estimates are also influenced by a survey issued before the COVID-19 pandemic, which revealed 80 percent of employees actually prefer to work remotely at least some of the time. Not only that, but a third of survey respondents also said they would take a pay cut just to have a work-from-home option.