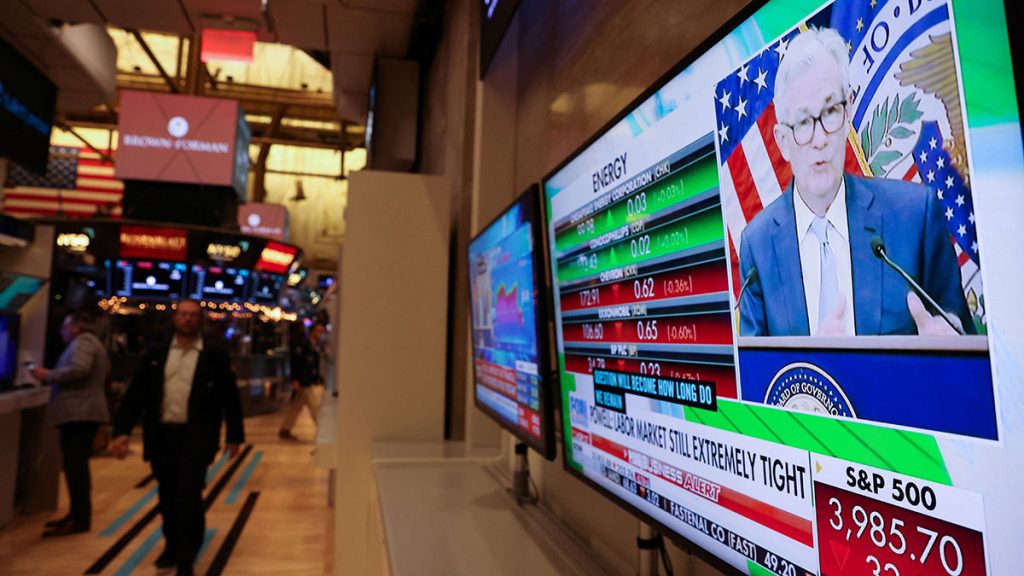 U.S. stock indexes closed sharply lower on Thursday, with each of the major averages suffering their biggest daily percentage drop in weeks, as fears intensified that the Federal Reserve’s battle against inflation using aggressive interest rate hikes could lead to a recession.

The U.S. central bank hiked rates by 50 basis points (bps) on Wednesday as was widely expected, downsizing from the consecutive 75 bps hikes at its prior four meetings, but Fed Chair Jerome Powell warned recent signs of inflation were not enough to convince Fed the battle against rising prices had been won.

The Fed projected continued rate hikes to above 5 percent in 2023, a level not seen since a steep economic downturn in 2007.

“It is not just what they did but what they said, and it certainly does seem like they are still worried about inflation and this is not going to be the end of the rate increases,” said Melissa Brown, global head of applied research at Qontigo in New York.

“It really is hard to see what is going to turn things back around until we start seeing more data – which could be earnings, which could be the next inflation print or the Fed statement next year. The good news is it’s almost next year.”

Adding to global recession worries, the Bank of England and the European Central Bank further indicated an extended hiking cycle on Thursday. Most major central banks have followed a rate hike strategy in an attempt to reign in inflation.

The declines marked the biggest one-day percentage drops for the S&P and Nasdaq since Nov. 2, and largest for the Dow since Sept. 13. Each closed at its lowest level since Nov. 9.

Equities have rallied since hitting lows for the year in mid-October, as signs of cooling inflation sparked optimism that the end of the Fed’s rate hike path could be on the horizon. But the rally has fizzled in December as investors see mixed economic data and a resolute Fed as having increased the chances of a recession.

Money market participants expect at least two 25 bps rate hikes next year and borrowing costs to peak at about 4.9 percent by midyear, before falling to around 4.4 percent by the end of 2023.

Investors also assessed economic data on Thursday that showed a steeper-than-expected decline in retail sales in November and the number of Americans filing for unemployment benefits falling last week, indicating a tight labor market. The labor market will need to weaken in order to help inflation ease.

All the 11 major S&P 500 sectors were in the red, with communication services and technology stocks falling nearly 4 percent as the worst performing on the session.

Netflix Inc slumped 8.63 percent after a media report that the company would let its advertisers take their money back after missing viewership targets.

Volume on U.S. exchanges was 12.15 billion shares, compared with the 10.63 billion average for the full session over the last 20 trading days.

Declining issues outnumbered advancing ones on the NYSE by a 4.36-to-1 ratio; on Nasdaq, a 2.81-to-1 ratio favored decliners.