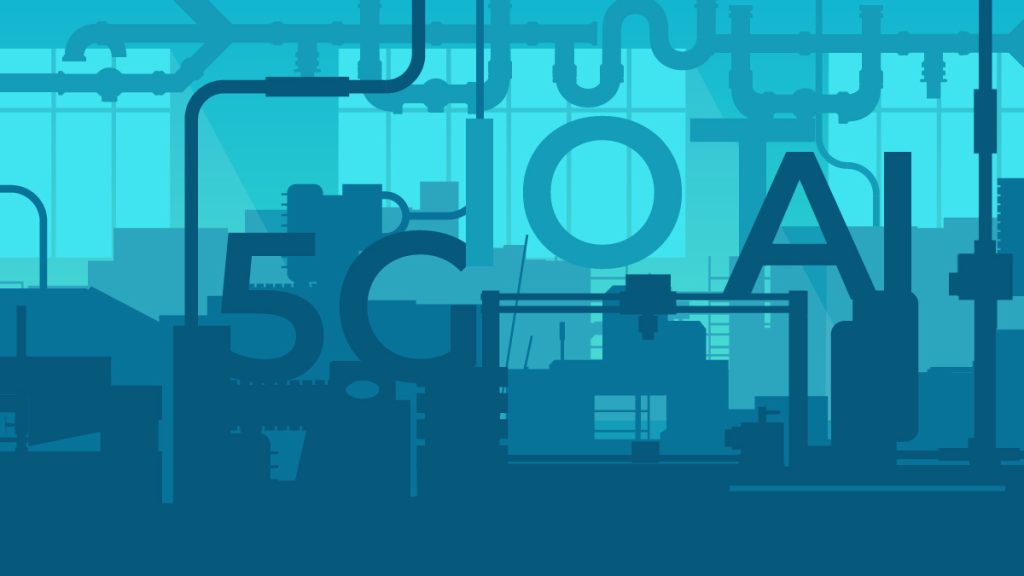 Our factories are not what they once were. Modern and future factories are and will be filled with unmanned vehicles, IoT sensors for supply chain management, industrial augmented reality, and more. Every stage of the production process is being impacted by technology, from sophisticated robots in factories to computer vision in warehouses.

The future factory can forecast, react to, and adapt to market changes in order to streamline business procedures and customize the customer experience. A future factory gradually begins to resemble a set of Lego bricks, with plug-and-play components that can be connected and fit together. Therefore, employing new integrated technologies makes it much simpler to build up complicated systems while simultaneously lowering the total complexity of a manufacturing platform.

How Will Future Factories be Run?

Robots controlled by computers will run every machine in such a factory of the future. Through a central control system, the technical team will keep an eye on activities on these equipment. The future wave of automation and digitalization has already been given the moniker “Industry 4.0,” or the fourth industrial revolution, by industry experts.

For instance, operations technology monitoring and machine data will provide manufacturers a foundational digitalization and even more predictive capacity. With the aid of robots and vision tracking, we’ll see “lights-out” completely automated warehouses even sooner than an unmanned factory. With the introduction of new technologies, practically every sector of industry is affected.

It’s likely that manufacturing in future factories will one day resemble a massive, self-replicating cyber-physical organism that only sometimes needs human input. However, there is still a long way to go until we get there in terms of manufacturing processes across industries, particularly in light of the current IT and OT divide. Some devices will at first become more digitally friendly. In the future, digitalization could lead to true predictive intelligence and preventative maintenance.

An uptime guaranteeing “electricity by the hour” business model has arisen for large capital goods. In the industrial industry, power by the hour (or performance-based contracting) is currently very widespread, particularly in industries with high mission-criticality, such as semiconductors, aircraft, and military. The reality is that much of the equipment on shop floors is outdated yet still capable of producing for many years. The calibration period and effectiveness are prolonged by the fact that sensors measuring temperature and vibration are not designed with a typical machine in mind, in addition to their high cost.

The distinction between OT and IT will continue to become more hazy as production becomes more digitalized. There will be many chances for startups to either integrate pre-existing PLCs or offer computer gear that is readily available and can be immediately plugged into the majority of machines. Small and medium-sized enterprises will be able to become leaner as a result and monitor their efficiency in real time.

The Internet of Things (IoT) as we currently know it will soon be mostly independent of centralized clouds in future factories thanks to advancements in AI and hardware. Systems that are mission-critical, like networked factories, cannot afford the delay caused by transmitting packets to remote cloud databases. Cutting power to a machine only a fraction of a second too late might be the difference between bodily harm and no harm.

Edge computing also establishes the framework for the autonomous factory. Future manufacturing machines will be able to make decisions on their own thanks to the AI software supporting the edge. Managing the ICS and IIoT systems safely will continue to be a crucial area for investment in the future of cyber security.

It makes sense that filthy, boring, and hazardous vocations will be automated first. In accordance with the ideas behind Industry 4.0, a future factory would be entirely intelligent, with networked machines and products communicating with one another through IoT technology to not only prototype and assemble a certain series of products, but also to improve those products based on feedback from customers and forecasting data.

Industrial robots has significantly replaced manufacturing employment, which have been on the decrease for decades. Cobots (collaborative robots) can therefore be programmed via aided mobility. They “learn” by being manually manipulated at first, then replicating the movement as they go. Due to their ability to collaborate with people, these robots are regarded as collaborative. For instance, major industrial companies like ABB, Mitsubishi, Fanuc, and Yaskawa control a sizeable portion of the market for heavy-duty machining.

Manufacturing is becoming increasingly efficient, automated, modular, and customized. These are the fundamental ideas behind the fourth industrial revolution. But manufacturers continue to go through the changeover phase. It is well known that manufacturers are sluggish to adopt new technologies, and many may still be reluctant to make new expenditures.

The most potent tools that manufacturers can use, though, will be basic IoT digitalization, AI, and factory robots. A future factory’s productivity will be maximized while costs and errors are reduced thanks to better data and intelligent robotics.

This data-driven movement emphasizes new organizational and architectural infrastructures as a fundamental component. To properly connect data so that it may be analyzed and generate value in many ways, the infrastructure through which data is handled, both inside businesses and at a larger industry level, has to evolve substantially. Interconnecting, integrating, providing, and orchestrating data for industrial action up and down the value chain is becoming more and more valuable to businesses.

Production lines used in industrial manufacturing are becoming more adaptable, nimble, and intelligent, making format, speed, and technological modifications more quickly than previously. All automated systems in the future are anticipated to be highly capable of adaptive control and self-learning. With no need to halt production, they will be able to observe and learn, quickly switch between different product kinds, and make technical improvements.

It will be feasible to achieve this degree of flexibility because to advancements in both hardware and software. As the number of sensors increases, systems will be able to adjust in real time, and improvements in artificial intelligence will enable robots to undertake a wide range of complicated jobs. Additionally, on-site 3D printing will lessen the need for outside suppliers, and industrial digital solutions will boost the effectiveness of asset management.

A question posed in any conversation about automation and digital transformation is where does human labour factor in? More and more in contemporary workplaces, collaborative robots, or so-called co-bots, are being used to automate manual jobs. In future factories, humans and co-bots can collaborate to accomplish more than each of them could on their own. Because of this, producers will be better able to choose which processes to automate and which ones to handle manually, thus increasing the efficiency of production lines.

The idea of a manufacturing floor as a whole may likewise be altered by co-bots. Robots can be used outside of the regulated, security-fenced environment of the shop floor if they can coexist securely with humans. Co-bots with flexible limbs, clever sensors, and cutting-edge safety features might significantly speed up the process of transporting products from the production to the shelf in the food and beverage business. Faster loading, sorting, and selection are only the beginning.

If you try to implement transformational change piece by piece, it will take forever. It must be disruptive. A thorough and well-coordinated approach must be taken to the training and education, investment, intellectual property, and technological issues. It is preferable to make gradual progress in each area rather than a big leap in one area followed by an attempt at another. You just won’t succeed if you try to use technology without the other factors.