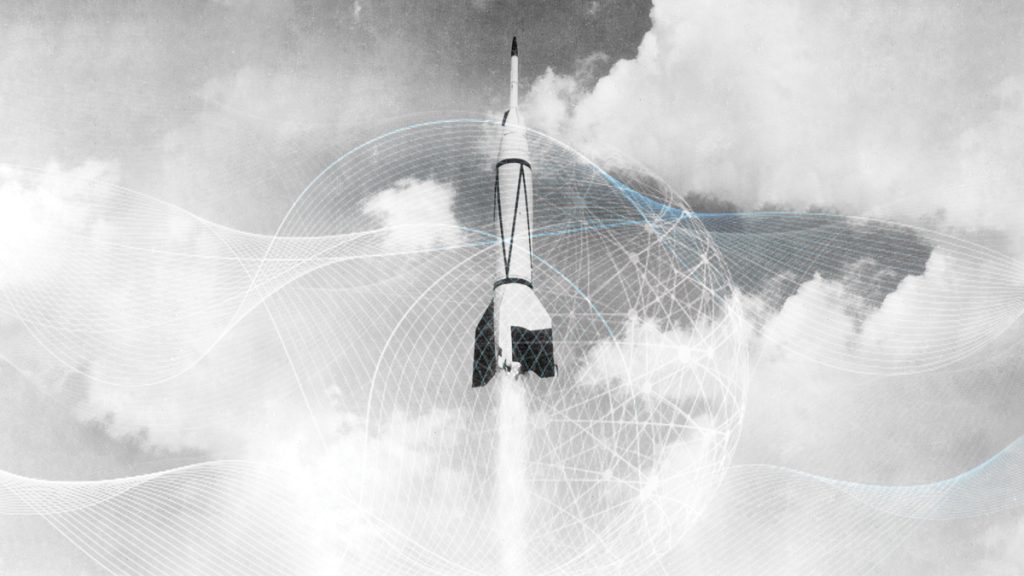 As humanity approaches a new space exploration stage and is getting ready to send human-crewed flights to Mars using the Moon as an intermediary base, many people glance back to the 20th-Century space race, trying to evaluate our previous advances in this area. As to who put the first man-made object in space question, most people will confidently tell you that it was the Union of Soviet Socialist Republics (USSR) that launched the first artificial satellite and the first man to space but was the first man-made object in space? Let’s try and find out.

Was It a Man-whole Cover?

Have you ever heard that the first man-made object to escape our planet’s gravity was a man-whole cover? In truth, this story, funny as it may be, is just a myth. The thing is, the USA was conducting a series of underground nuclear explosion tests in late 1957, and after one such blast, a substantial concrete-made cover shot upward and disappeared, never to be seen again. In all honesty, its speed was more than enough to escape our planet’s gravity, but this man-made object was never found on Earth or in orbit. So, in all likelihood, the manhole never became the first human-made object in space because it burned down without a trace. And now, myths aside, what was the first documented man-made object in space?

Even now, different agencies acknowledge slightly different altitudes as the measured border of space. The most commonly recognized border, aka Karman Line, is located at 100 km altitude. The nearest orbit, LEO, is located higher than that — at 250 km. The first man-made object to have travelled into suborbit was the German missile V-2. On October 3, 1942, it started off from the Baltic coats and, according to calculations, soared 118 km. This launch is considered the first suborbital flight of man-made aircraft.

Glancing a while back, Germany did have the potential to become the first space-faring nation. The V-2 ballistic program emerged in the 1930s under Dr. Wernher von Braun and originally had peaceful purposes in mind. However, Nazi Germany was more interested in world dominance than space exploration. According to Orbital Today, V-2 potential was never fully implemented in space missions until Germany’s defeat in WWII and Braun’s relocation to the US. But better late than never, right?

When Was the First Man-made Object Sent Into Space on Purpose?

Following the Nazi’s defeat, Wernher von Braun and his team surrendered to the US and kept working on more peaceful applications of their project. So, in 1949, US-made tech “Bumper-WAC” climbed to an altitude of 393 km, thus becoming the first man-made object to have officially reached space. Bumper-WAC was a combination of a US-designed sounding rocket and a German V-2. So, when anyone asks you — Who launched the first man-made object in space, you do not need to recall the name of the Soviet satellite. But we will still do it below.

What Was the Name of the First Man-made Object in Space?

If you still wonder about the first man-made object that remained in orbit for some time, it was Soviet Sputnik 1, launched in 1957. This name is simple enough to remember — translated from Russian; Sputnik literally means satellite.

The USA launched its first satellite, Explorer-1, into orbit a few months after Sputnik in January 1958. This was not the first US man-made object in space, but it certainly remained there longer than Bumper-WAC. Explorer-1 was designed to make 12.54 orbits a day, that is, one full orbit every 114.8 minutes. It remained in orbit till May 1958 and, curiously, was launched on a Jupiter rocket designed by the same Wernher von Braun.

Voyager-1: An Object in Interstellar Space

Voyager-1 is a US-made space probe that became the first man-made object in interstellar space in 1977. Up to this day, this probe also remains the only man-made objects that have travelled so far and transmitted so many stunning pictures of our star system.

Now that you know everything you should about the oldest man-made object in space, the question is — just how many man-made objects are there in our orbits? Today, we already have 5,500 active satellites, and, considering the current launch schedule, we should have 58,000 more before this decade is over. These figures do not include spent spacecraft and their debris, not to mention natural space debris like dust and meteor fragments. So, our near-Earth space is becoming ever more cluttered, which is why so many space agencies worldwide are working on actionable solutions to clean it up.