Why Was Tornado Cash Banned? 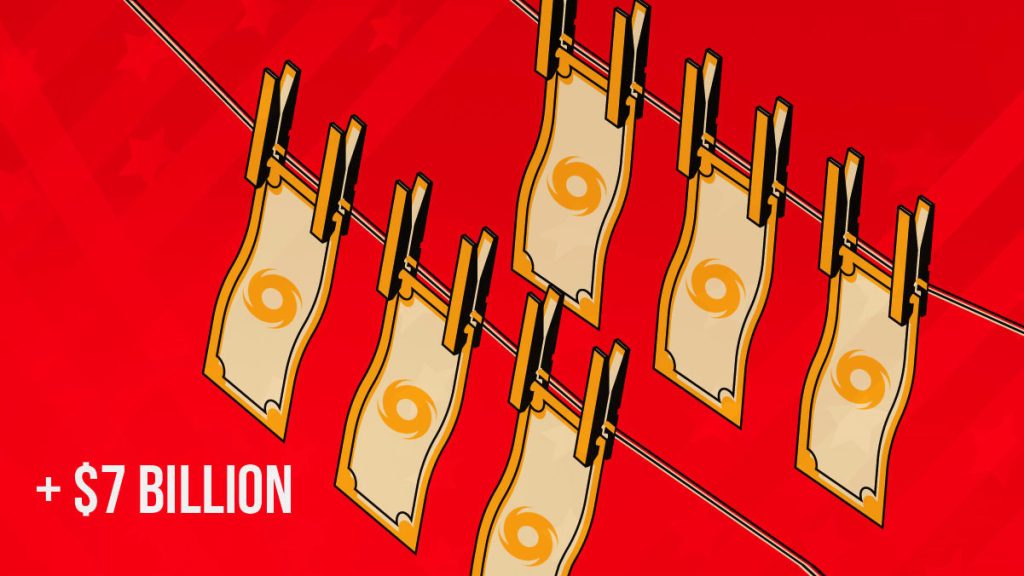 As a virtual currency mixer, Tornado Cash uses the Ethereum blockchain to arbitrarily enable anonymous transactions by concealing the persons involved, as well as the transaction’s origin, destination, and counterparties.

What Is Tornado Cash?

Before sending various transactions to their specific receivers, Tornado receives a variety of transactions and combines them. Illegal actors frequently use mixers like Tornado to launder money, especially money taken during large heists, despite the fact that their stated goal is to promote privacy.

It facilitates anonymous transactions by making it extremely difficult to trace crypto wallets. The mixer receives hundreds of thousands of mixed transactions before transferring them to an individual wallet.

With the aid of information traces on the blockchain being scrambled, it is a service that aids some bitcoin owners in maintaining their anonymity.

Why Is Tornado Cash Banned?

The Tornado Cash cryptocurrency mixer has been outlawed by the U.S. Department of Treasure because, since its inception in 2019, it has been used to launder more than $7 billion in cryptocurrencies. The U.S. government has come under heavy criticism over the mixer ban. While the U.S. government argues that it is mainly used for money laundering and other activities, privacy advocates refer to it as a tool for “anonymity.” Today, we’ll go over the technology underlying these mixers and how money laundering uses them.

The Tornado cash ban has led privacy advocates to believe that the prohibition of currency mixers highlights the right to anonymity. A crypto advocacy group called Coin Center stated that it is looking into avenues for contesting the U.S. government’s decision.

The U.S. Treasury believes virtual currency mixers are exposing the country to high risks from virtual currency mixers, which in their turn, assist criminals in reaching their goals. The Treasury is also taking extra measures to proceed with its scrutinizing conduct in terms of these mixers as they are used for illegal purposes and use its authority to address threats of illegal funding in the virtual currency ecosystem.

Is the Tornado Cash Illegal?

The Treasury’s legal and authoritarian decision shows how the U.S. government is currently aiming to steer cryptocurrency into platforms and systems that are more centralized and simpler to control.

This lawful move warns cryptocurrency exchanges that they must implement compliance measures to prevent cybercriminals from accessing their systems. Making mixers, in this case, is perceived as illegal in the eye of government establishments and authorities.

Yet, the fact remains that some of the scene’s biggest enthusiasts are putting all of their efforts into fending off measures at centralized management of transactions or policy. Because it enables anonymous financial transactions that are shielded from government scrutiny, many have flocked to cryptocurrencies.

What It Means for the Future

Sanctions recently imposed to curb Tornado Cash may have an unexpected impact on the cryptocurrency and digital assets scene.

In this instance, the Tornado is a smart-contract application that has raised concerns from the U.S. authorities due to its alleged usage by the North Korean government to launder stolen or breached funds. Yet, this incident is noteworthy because the OFAC sanctioned the code that powers the Tornado Cash application rather than punishing people or organizations that used the tool for criminal activity. The initiative has been labeled as a malicious force.

Many in the cryptocurrency community have reacted harshly to the decision, viewing it as a governmental overreach that goes against their core principles of privacy and sovereignty. The Treasury’s judgment may have a significant impact on how users interact with cryptocurrency. Additionally, it paves the way for a number of bitter legal and ideological conflicts between the cryptocurrency ecosystem and the U.S. government.