Will 5G Kill Me? When Telecom Politics Become a Deadly Sin 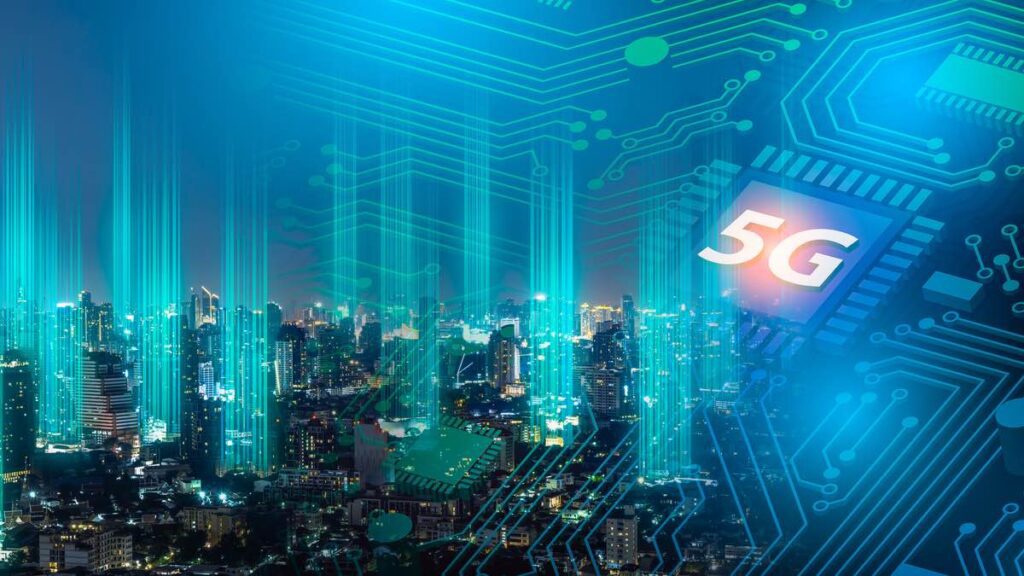 5G is undeniably the talk of the moment, much more in the business corridors and governmental strategies, than in the telecom community. This does not come as a surprise since 5G with its promising capabilities paves the way to a myriad of new business use cases and digital transformation opportunities.

5G and the trend in wireless network evolution in general, have a dark side to it: HEALTH!! This is probably the least discussed topic in wireless networks. In all honesty, why would someone bring a topic to the limelight if it will affect the adoption of the associated technology and stir unnecessary controversy.

The short episoAde that associated 5G with coronavirus was theatrical, but rather illustrated what effect even a myth could have on the telecom industry. During the most stressful period of the pandemic when thousands of casualties were counted each day, a group of people started burning 5G cell towers linking radiation to the spread of coronavirus. According to the groups involved, 5G radiations would weaken the immunity system making it more prone to the effects of the virus. Other theories have link the 5G network to virus transmission.

Clearly “radiophobia” shouldn’t be taken to that extreme. 5G and the associated radio frequency radiations are far from being the biological weapons which will spread the virus and exterminate humanity. What this short episode teaches us though is that the effects of beyond 5G networks should be taken more seriously, and “objective” medical studies should be conducted in “full transparency” and communicated to the public.

Back to Basics: What Are Telecom Tower Radiations?

The connectivity provided by wireless networks is mainly due to electromagnetic waves emanating from antennas distributed over transmission towers and other cell sites. The frequency at which the energy is radiating from these antennas is known as the radio frequency. Radio frequencies used for communication systems go all the way to 300 GHz, just below the infrared/visible light spectrum. As the frequency of usage is higher, it will become more difficult for the signal to reach the user without increasing the power with which it is transmitted. The reason is that it can be easily blocked by obstacles and attenuated by the environment. As a consequence, more transmission stations are to be used or a much larger transmission power from existing ones.

The capabilities of the 5G and next generation wireless networks come from improvements on different fronts, mainly from a technical nature. One prominent feature however is the increasing use of higher frequencies. To put it in simple terms, accommodating a higher number of mobile users while satisfying their needs in terms of extremely high data rates and low delays requires a higher bandwidth; and this bandwidth is not possible without going to higher frequencies. It is in fact this simple equation that reinvigorated the discussion on the harmful effects of electromagnetic radiations.

Radio frequencies in general belong to the class of non-ionizing radiations. This type of radiation does not cause changes at the atom level, that is, the energy is not enough to remove electrons from atoms, thus producing charged ions. On the other hand, ionizing radiations including far ultraviolet light and X-rays have the capabilities of ionizing existing molecules. The common consensus is that non-ionizing radiation has mild effects such as increasing skin temperature which may induce sunburn at most. Some other radiations such as ultraviolet A (UV-A) may cause melanoma. Ionizing radiation is mostly carcinogenic, that is, it may cause several types of cancer after a relatively long exposure. Most health groups and commissions have deemed that radiations from telecom towers as not dangerous mainly because the thermal effects do not cause any harm to the human body (at least a scientifically confirmed harm). However, little attention is given to the non-thermal potential effects of these radiations such as DNA, protein, or cell damage.

So What is the Problem with 5G?

The dilemma regarding harmful effects of non-ionizing radiation is not new. It dates back to the 2G era, the fabled GSM system. However, the network was largely made of dispersed cell towers covering large areas. Subscribers were not even close to transmission entities as antennas were usually mounted on building rooftops. As standards evolved, cell sites have been getting closer to the subscribers to ensure proper capacity and coverage. 5G is the pinnacle of wireless standards with an expected relatively dense deployment of street-level cell sites at close proximity of mobile users. The projected addition of higher frequencies to the 5G palette makes things even worse.

The divergence of opinions in the medical circles regarding 5G radiation have even emerged to the public. The conclusions that non-ionizing radiation is in general not harmful have been contested by many scientists worldwide. These scientists claim that this type of radiation is carcinogenic, although not to the extent of ionizing one. Several cases of glioma, the typical form of brain cancer, have been attributed to non-ionizing radiation. In a report dating back to 2011, the international agency for research on cancer (IARC) has called to classify radio frequencies as potentially carcinogenic (a class denoted as 2B).  A “5G Appeal” was even established in Europe in 2017 calling countries to halt the roll-out of 5G networks until a scientific confirmation of its harmless effects. An increasing number of scientists have been joining the appeal since then, calling for the moratorium of 5G.

Even if temporary exposure to non-ionizing radiation is not harmful, our constant presence in the electrosmog would certainly have more dangerous effects that need to be studied closely. The debate does not even end with 5G as future generations are already considering much higher frequencies for their operation.

Another factor is the increased power used for transmission. Cost-saving is one of top goals of operators around the world. To avoid the capital and operational expenditures resulting from the erection of new cell sites, some operators crank up the power on existing sites to extend their coverage range. This has an adverse effect on mobile subscribers who are unaware of this invisible threat.

To make matters worse, the dark alleys of the telecom industry largely contribute to this ongoing controversy. After all, the telecom sector is among the most profitable around the world. Any obstacle hindering the roll-out of new wireless technologies should be eliminated as soon as possible the limit the financial loss, notably for entities who invested in these technologies.

The main issue concerns institutions that define safe exposure limits to electromagnetic radiations. These include health organizations, in addition to specialized entities such as the International Commission on Non-Ionizing Radiation Protection (ICNIRP). Such commissions and organizations have made use of safety guidelines that date back to the 1990s, ignoring new research results that contradict their conclusions. Among others, they have maintained their stance regarding the thermal effects of non-ionizing radiations and have consequently kept their prescribed exposure limits loose. They have even resisted recognizing the adverse non-thermal effects of radio frequency radiation.

These loose thresholds would normally make most wireless networks which are deployed around the world, compliant with international standards. Surprisingly, the ICNIRP even increased the safe exposure power density from 10 Watts per square meters to 40 Watts per square meters. This gives additional flexibility for telecom operators to design their network at a lower cost. However, higher exposure limits are allowed and more subjects would probably fall victims of the technology evolution.

An article analyzing the performance of heath commissions, outlines several conflicts of interest among scientists responsible for the evaluation of the effects of non-ionizing radiation. For instance, several members of the ICNIRP, were also members of the EU Scientific Committee on Emerging and Newly Identified Health Risks (SCENIHR) and a dedicated group of the World Health Organization (WHO). The same article mentions the relation between Swiss scientists and governmental groups responsible for assessing the effects of 5G in addition to mobile operators. When political and economic considerations affect health-related assessments, the outcome normally lacks credibility. The guidelines of standardization bodies therefore cannot be trusted to have the clear picture regarding radiation-associated risks.

Radiations from telecom towers are essential for the operation of wireless communication systems. No technology such as 5G or Wi-Fi can even exist without these distributed cell sites equipped with transmitting antennas. However, from a health perspective, the telco domain looks pretty much unregulated. Non-ionizing radiations usually have limited implications on the user’s health, but open questions remain largely open: What is the safe exposure time to these radiations? What is the safe distance between a person and a transmitting antenna? What are safe transmission power levels? Why haven’t safety guidelines been updated for some time? Why are the opinions of some scientists been disregarded? Can telecom tower radiations clearly cause cancer or other devastating effects?

While there is no clear answer for these questions, there is one significant problem which is controversy and lack of transparency. People have the right to have a definitive answer regarding the effects of wireless technologies on their health, and they have the right to know that before the mass rollout of such technologies.

“Inside Telecom provides you with an extensive list of content covering all aspects of the tech industry. Keep an eye on our Technology, Telecoms,  5G and  MedTech  space to stay informed and up-to-date with our daily articles.”