With Big Bets on Musk, These Funds May Have a Tesla Problem in ‘23 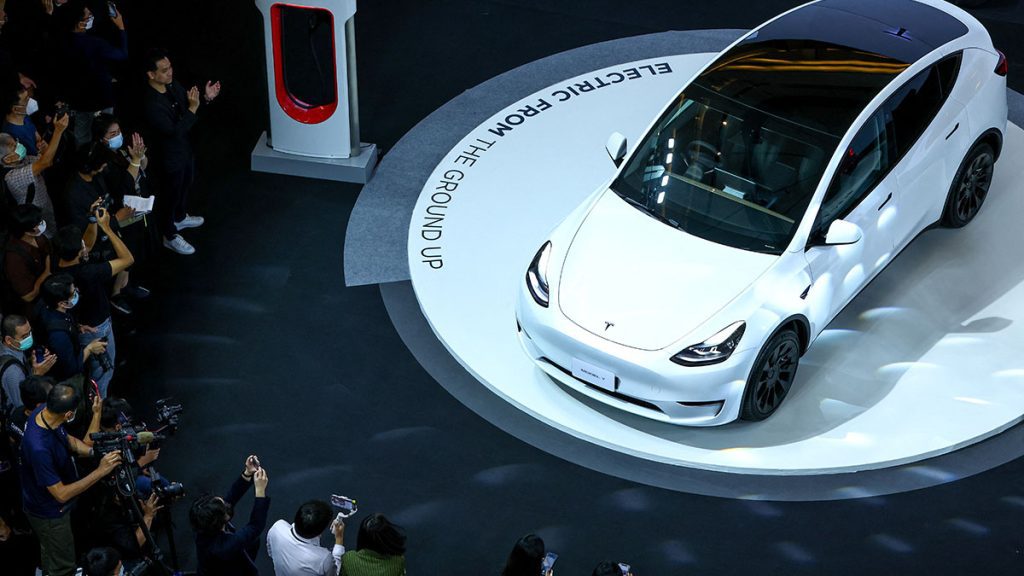 Tesla Inc’s steep sell-off is proving to be an ongoing nightmare for fund managers that have bet heavily on the Elon Musk-led electric vehicle manufacturer.

Overall, 50 actively-managed U.S. equity funds have more than 5 percent of their assets in the company, exceeding the barrier that many portfolio managers will not cross for one equity position to diversify their exposure. Those funds dropped by an average of 42.1 percent last year, more than double the average 17 percent decline among U.S. stock funds, according to Morningstar.

Tesla fell about 65 percent last year, with declines accelerating after Musk decided to buy social media network Twitter, which some investors see as a distraction to the chief executive.

Shares nose-dived 37 percent in December, and fell more than 12 percent on Tuesday, the first trading day of 2023, after the company’s fourth-quarter deliveries fell short of expectations due in part to ongoing logistical difficulties.

The prospect of another year of weak performance may prompt some of Tesla’s biggest bulls to reduce their positions, said Dan Ives, an analyst at Wedbush Securities.

“It’s a fork-in-the-road time for many of these institutional investors, and a lot of where it goes from here is dependent on Musk,” he said. “Musk started the fire with the Twitter circus show and he’s the only one who can extinguish it and get the Street to focus on the company’s fundamentals again.”

Musk completed a $44 billion acquisition of Twitter in October. He soon began firing top executives and let go more than half of Twitter’s staff while appearing to shift strategy tweet by tweet. His net worth has fallen by more than $100 billion, according to Forbes, bumping him from the position of world’s richest person.

So far, there are few signs that Tesla’s biggest backers are losing faith. Star stock picker Cathie Wood’s ARK Innovation ETF bought 144,776 shares of Tesla during Tuesday’s sell-off, according to the company’s website, pushing its stake in Tesla to about 6.5 percent of its $5.9 billion in assets. The fund fell 67 percent last year, putting it near the bottom of all U.S. equity funds.

While Tesla’s stock is currently suffering, it is in a position to outperform over time due to its superior battery technology, said Graham Tanaka, whose $14-million Tanaka Growth Fund has about 5.3 percent of its assets in the company.

“Twitter is a temporary but huge distraction and it’s unfortunate that Musk has bit off more than he can chew, but it has not damaged in any way the operations or future growth prospects of Tesla,” he said.

Tesla’s promotion of China chief Tom Zhu to take direct oversight of the company’s U.S. assembly plants as well as sales operations in North America and Europe will likely be positive, Tanaka said.

From 2018 to the end of 2021, the stock posted a total return of 1,700 percent, compared with the S&P 500’s 90 percent return, according to Refinitiv Eikon data. However, portfolio managers focused on yearly performance may be less willing to stick with the company in the face of rising competition and weakening demand, analysts said.

“Tesla’s meteoric rise over the last few years has rewarded shareholders of many funds but set the strategies up for potential failure if they held on without paring back exposure,” said Todd Rosenbluth, head of research at data analytics firm VettFi.