AI in Ethics: The Deception of Human Behavior 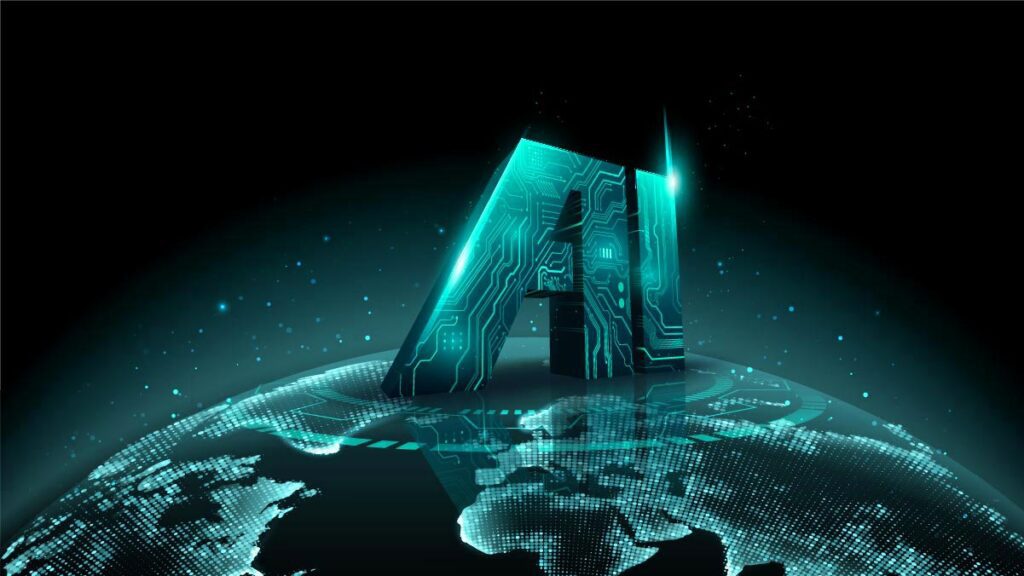 The Evolution of Intellectual Machines

The beginning of the 20th century came, and with it came the concept of artificially induced intelligent machines. This, gave birth to the notion of artificially intelligent (AI) machines in the mind of various mathematicians and scientists. Machines with the extraordinary human capacity for solving problems and making decisions. For that to happen and this concept to come to fruition, computers needed to endure a drastic, yet fundamental, change to the way they are structured, where not only do they need to execute commands but also store and develop them. This alteration in the human-machine dynamic will have a critical impact on the development of humanity in the near and far future, raising rudimentary questions about AI in ethics, what to do with these systems, and what risks they bring with their revelation.

Given that AI and robotics are digital technologies, the inevitable aspect of these superior machines is that it holds a stimulating effect on the development of the human race’s progress throughout the years, the same as it already has in the past. As objects, AI has raised some existential hypotheses in regard to its ethical aspect when it comes to its systems tools and how humanity is implementing this advanced technology into its organizations and day-to-day lives.

The alarming concerns rise from the correlation between AI and ethics, specifically in privacy and security, manipulation, impenetrability, human-robot interaction, and many more. As subjects, ethical and moral issues of artificial intelligence mainly arose from perceiving these machines as subjects. When in reality, the minute AI reaches a level where it becomes capable of learning from itself, we can consider that it be – somehow – aware of its own behavior and started learning from it fully optimize its decision and deliver more accurate predictions.

Issues arising from the ethics of artificial intelligence and robotics could play out with an empirical functionality in shaping today’s technologies and what consequences could emanate if it reached a new level of power through its intelligent capabilities, in addition to our endless reliance on it.

Understanding artificial intelligence ethics and safety and its relation to human behavior are adjacent to the mere gathering of data and its direction of attention. This data, which is gathered and analyzed by AI from human behavior, could potentially lead to the implementation of this information to influence certain behavior, be it online or offline.

Experts in the human psyche believe that such heavy influence, stimulated by these intelligent machines, sabotages and threatens the human capacity to develop a rational and independent choice. AI algorithms, on their own, have the immense power to target certain demographic through deep knowledge about what they like and dislike.

Biologically – as in how our brain is structured – humans are extremely vulnerable to what is referred to as “nudges,” as it is more commonly known as manipulation and deception. This affects human behavior in a particular manner. Over time, it would become much easier for AI to manipulate the humanitarian pattern that might be perceived positively by the person being exposed to the manipulation.

Certain companies have started to incorporate machine learning and artificial intelligence techniques into their marketing and advertising in every legal form to further adopt them for their business model.

Through their algorithms, and with enough data storage to generate these algorithms’ predictions, some individuals could be affected and inclined to fall into distinct behavioral patterns. Such swindling of behavioral non-objectivity, deception of the human psyche, and the intensified addiction generation is spreading at high speed. These manipulations deliberately designed in the business model are called “dark patterns,” and to no surprise, they have yet to be regulated. Not adequately regulated but regulated in general for that matter, despite the fact that dark patterns manipulation of users’ behaviors is deemed as centric for some organizations, as well as social media’s business model.

The enhanced AI “faking” technologies-based models are turning what was once honest and trustworthy evidence into what is not perceived as an immensely unreliable one due to the easy access to altering digital photos, sounds recordings, and videos through AI-powered tools. It is expected that this alteration in how we are using AI-driven tools will bring into existence a much more damaged perception of what is real and what is fake. On the one hand, we might reach a point where we won’t be able to trust digital interactions or even digital proof. On the other hand, we might not have an alternative but to trust such interactions as the world becomes increasingly reliant on these exchanges as it makes a global shift into further embracing digital transformation.

The nation’s regulatory move towards understanding artificial intelligence ethics and safety spawned the European Union’s General Data Protection Regulation to empower data privacy protection used for AI generation. At the same time, other countries such as China and Russia favor a growth rate without lesser regulations. To them, reduced regulatory intensity leads to a more substantial competitive advantage for the country. In return, it magnifies their ability to influence the public’s opinion and invade their privacy through AI technology.

The Moral Dilemma of Intelligent Machines

The moment the world becomes entirely AI-driven, stimulating the hasty growth of the global digital transformation, is the moment companies realize the vitality of AI in their models. Many asserted the need for what is today known as machines ethics, with the sole purpose of creating machines not only driven by intelligent technologies but are also explicitly ethical agents. Machine ethics is precisely what the name says, ethics for machines, where these apparatuses are perceived as recognized as subjects rather than objects.

To explain it in a more refined manner, machine ethics is strictly related to guaranteeing that the general standards of ethical morals accept the behavior of this intelligent technology towards the human race.

For ethical machine standards to materialize, first, AI reasoning must be receptive to not only societal standards and moral codes but also ethical considerations.

The accelerated growth of autonomous machines accentuated the reality that such apparatuses will eventually be encountered in certain situations that lie in the field of ethics. The most prominent example would be driverless cars. When on the road, they could be faced with an impossible dilemma of having to navigate themselves between going right and hitting a person or going left and potentially crashing the car into some barrier which in turn could kill the individuals in the car. This, also, can be taken into consideration when thinking about some robots in certain fields, such as the military and health.

Such concerns highlighted the necessity for identifiable efforts to promote a moral aspect concerning ethics and governance of artificial intelligence in health and other industries directly dealing with human lives. And this is where the role of ethical robots bursts in.

While the development of AI in ethics and robots is still in its early phase, when it reaches fruition, ethical robots will be weaponized with the human perception of evaluating the consequence of a specific act and then morally justify the reason behind their choice.

The creation of ethical robots is certainly one of the most promising projects being worked on in the field of AI, despite being called “one of the thorniest challenges in artificial intelligence.” Roboticists, however, assure that this project is hitting notable transfigured progress and will be finalized in the upcoming years.

Considering that ethical robots are currently being developed – and, as mentioned, could very likely reach their success in the upcoming years – where does this leave us when it comes to the genesis of unethical robots?

The incorporation of AI ethics will forever trigger contentious debates and discussions about whether it will properly, or eventually, follow approved moral standards, be it from a regulatory aspect or simply policy propositions. The ethical aspect of AI in the upcoming years should not only focus on the ethical aspect of the intelligent technology and its robotics but purposefully on its techniques and tools being developed and to what purpose it is being implanted in certain business models. Ensuring the security and protection of users’ psychology – without being deleteriously affected by it should be the leading derivative when developing the framework for ethical robots.

Inside Telecom provides you with an extensive list of content covering all aspects of the tech industry. Keep an eye on our Artificial Intelligence and Ethical Tech space to stay informed and up-to-date with our daily articles.