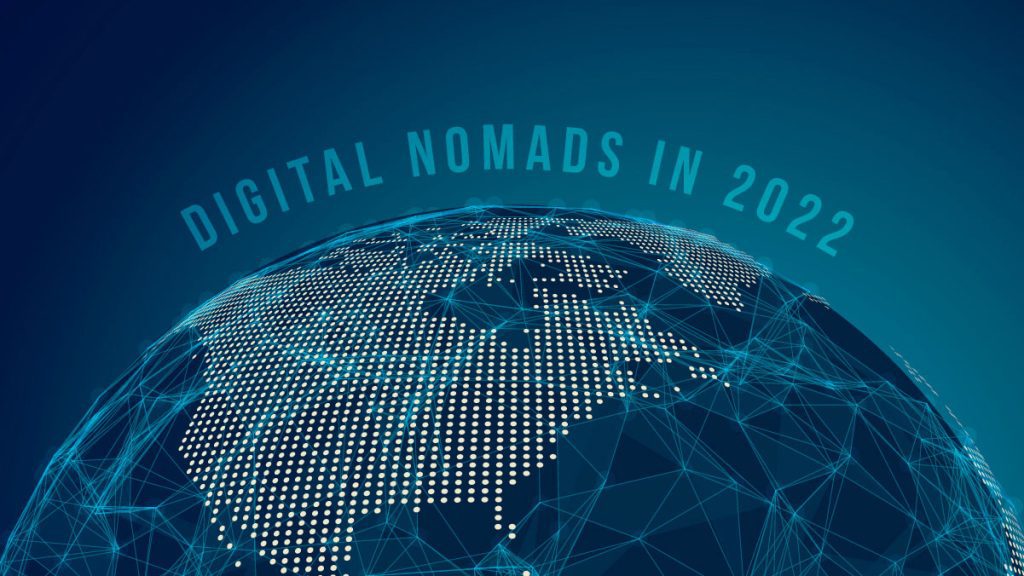 We no longer need to confine ourselves to the four walls of an office as modern technology has allowed the working force to operate remotely from anywhere in the world, as long as they have access to a stable Wi-Fi connection. The best places for digital nomads are scattered across the globe.

Those of us who abandon the traditional nine-to-five lifestyle and embrace a nomadic one centered around completing our clerical duties via telecommunications are bestowed with the digital nomad title. In the U.S. alone, the number of digital nomads has more than doubled ever since the recent pandemic began, from 4.8 million in 2018 to more than 11 million in 2021.

What to Look for When Choosing Your Destination

Picking a destination for your location-independent journey is not as easy as throwing a dart at a map. Several factors come into play when making the decision.

First, you look at the cost of living. On average, digital nomads stay put in a particular location for at least a month, making them less likely to look for housing requiring year-long leases. Their only options, then, are vacation rentals. Unlike during a vacation, where you spend an excessive amount of money at once, you need to plan and stick to a reasonable budget.

Second, the livelihoods of digital nomads depend on fast and reliable Wi-Fi connections. Most of them need speeds of at least 15+ Mbps. The quicker it is, the better the performance.

Third, a nomadic lifestyle relies heavily on the use of public transportation as well as walking. Thus, the best places for digital nomads are those with access to public transit and high walkability.

Finally, humans are accident-prone creatures. Therefore, healthcare is an essential parameter based on destinations earning the title of best places for digital nomads.

Our Picks for Best Places for Digital Nomads in Underrated Cities

Located in the west of Romania on the Bega River, Timisoara is the third biggest city in the country. This city is considered a cultural center as there are several higher-educational institutions (i.e., the University of Timișoara), a state theatre, a state opera and ballet, a philharmonic orchestra, and a library.

The cost of living in Timisoara averages around 1,344 $/month, with the rent of a one-bedroom studio apartment averaging around 348$. If you are a digital nomad with a family, your cost of living might be closer to 2000$/month.

The average internet speed in this area is 27 Mbps.

The metropolis is dotted with gyms, so keeping up a workout regime should be easy. As part of the European Union (EU), Timisoara has a good level of care and decent medical standards. However, when traveling, it is advised to have travel insurance for your personal property and health.

To some people’s disappointment, Timisoara is not accepting of LGBTQ+ people.

Renowned for its impressive historic architecture and cultural leadership, Krakow is located south of Poland. It’s one of the largest cities in the country and has thousands of historic buildings and sites scattered throughout it. Its numerous higher education institutions, museums, theatres, and opera houses are considered cultural hubs, making the city one of our best places for digital nomads.

The average cost of living in Krakow sits around 1600$/month, with a one-bedroom apartment’s rent at around 700$. As a digital nomad with a family, you might need to adjust the cost up to 2000$ /month.

The average internet speed for the city is 30Mbps.

The traffic in the city is good. An extensive network of trams, buses and minibusses eases the movement from one destination to another. But you may not find it of any use since almost all major destinations are within walking distance of one another. Furthermore, the neighborhoods are easy to navigate.

Almost every shopping center is equipped with a gym, so keeping fit is a non-issue. Although the National Health Fund, a publicly funded all-inclusive insurance system, is the basis of the healthcare system in Poland, private healthcare is expensive.

Krakow, Poland, is not LGBTQ+ friendly.

In a troughlike valley in the western part of the country sits Sofiya, the capital of Bulgaria. Most performing arts troupes gravitate towards Sofia as the country’s largest city. Theaters and cinemas are some of the most visited venues in the area.

The cost of living in Sofia, Bulgaria, averages around 1400$/month, with a bedroom apartment costing around 700$ in rent. However, that number increases to reach 2000$/month if you are a digital nomad with a family.

At its lowest, the internet speed is 17Mbps.

An impressive web of public transportation stretches throughout the city, including trams, trolleybuses, buses, and the newly established metro. If you resort to taking a taxi to your destination, make sure the meter is running.

While medical care is readily available throughout Bulgaria, even in villages, the state-of-the-art clinics aggregate in Sofia. Healthcare is quite affordable. In addition, there is mandatory insurance for foreign citizens who do not have other insurance and wish to live in the country for stretches of time.

Sofia is not very LGBTQ+ friendly.

Fuerteventura is the second largest isle of the Canary Islands at 1.659 km². Mostly barren, the volcanic island possesses eroded beaches. While some people may not find this place the most aesthetically pleasing, it is renowned for the golden dunes that make themselves known at sunset.

The cost of living in Fuerteventura floats around 1,878$/month. You would be paying about 500$ as rent for a one-bedroom apartment. The nomadic lifestyle is better with the company. In that case, the living cost will exceed 2000$/month for a digital nomad with a family.

The internet speed averages 37 Mbps, making this location one of the best places for digital nomads.

Transportation on the island is limited to the bus. The city is small enough for you not to rely on a car but available public transport buses and bicycles.

Fuerteventura is a part of Spain. Therefore, its healthcare system follows that of Spain, similar to the British one, as citizens contribute financially to the National Insurance and all residents benefit from it.

This destination is LGBTQ+ friendly.

Bangkok has grown exponentially throughout the years. The residents of Bangkok celebrate most of the country’s festivals as Thailand’s center of wealth. The neighborhoods are alive with street life, cultural landmarks, and red-light districts. The Grand Palace, Buddhist temples, including Wat Arun and Wat Pho, and the nightlife scenes of Khaosan Road and Patpong paint a nice picture highlighting the many facets of this city.

Living in Bangkok would cost you, on average 1400$/per month, including anywhere between 300$ and 900$ for a one-bedroom apartment in the heart of the city. It is estimated that the cost of living for a digital nomad with a family is around 2000$/month at the minimum.

The internet speed is decent at 17Mbps.

The wheeled taxis, private cars, and buses are color-coded according to the service region. Skytrain or metro is the most favorable mode of transportation: fast, affordable, and easy to navigate.

Bangkok, Thailand, is friendly towards the LGBTQ+ community.

The digital nomadic lifestyle is that of the future; there is no doubt about that. It will enable you to see the world all while generating income. Some cities have become overcrowded with digital nomads, while others remain hidden gems. Timisoara, Krakow, Sofia, Fuerteventura, and Bangkok are all underrated viable destinations for the adventurous nomad. Don’t just take our word for it, though, properly research your destinations so you make sure it meets your needs.

Inside Telecom provides you with an extensive list of content covering all aspects of the Tech industry. Keep an eye on our Community section to stay informed and updated with our daily articles