China Chip Industry: Down but Not Out

Published 1 Month Ago on Wednesday, Nov 02 2022
By Adnan Kayyali 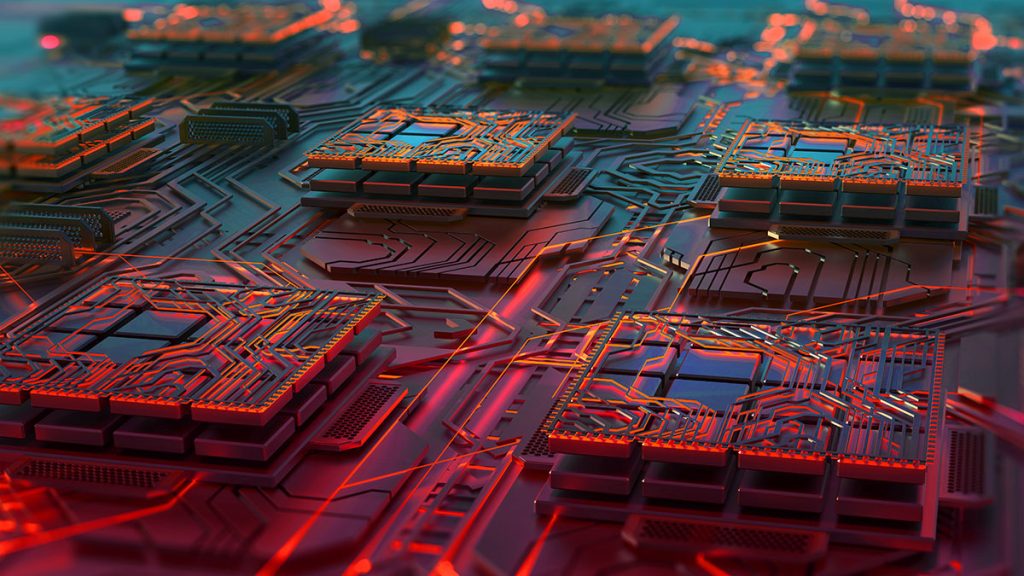 In a move that could set back China’s tech ambitions by as much as a decade, U.S President Joe Biden is chipping away at the China chip industry. This move aims to stifle Beijing’s tech and military ambitions.

The actions are intended to stop China from receiving essential technology that may be used in a variety of industries, such as sophisticated computing and the production of advanced weaponry.

The crackdown represents Washington’s most substantial move against Beijing on technology exports in decades, deepening a trade conflict between the two most powerful economies in the world.

A comprehensive set of export limitations was implemented by the Biden administration, including efforts to deny China access to specific semiconductor chips and machinery for creating them.

Unless they first secure a license, US businesses are prohibited from providing Chinese chipmakers with machinery that can build relatively advanced chips.

For certain end applications of some integrated circuits or chips, the new laws also impose controls to various transactions and objects used in semiconductor fabrication. Additionally, the US wants to tighten export regulations such that they cover software, hardware, and other components used in the creation of integrated circuits. Additionally, US nationals and people with green cards will no longer be permitted to work on certain technologies for Chinese businesses and organizations.

What Products are Involved in the China Chip Ban?

High-end computing chips like the NVIDIA A100/H100 and Intel GPU (Ponte Vecchio) will be subject to export restrictions, according to Brady Wang, associate director of Counterpoint research in Hong Kong. The regulations, some of which take effect right away, expand upon the limitations imposed by letters sent earlier this year to leading toolmakers KLA, Lam Research, and Applied Materials, with clear instructions to cease delivering equipment to Chinese-owned firms creating sophisticated logic chips.

Biden is striking at the various points along the semiconductor supply chain, even those not under direct control of American firms.

The China chip manufacturing sector’s fragility and its arduous struggle for independence are both greatly exacerbated by the extent of the world’s semiconductor supply chain interconnectedness. Chips are frequently created in one nation, manufactured there using equipment from another, tested in another, assembled, and put into electronic devices in a fifth. Occasionally there may be a few other stops in other countries along the way, but it is clear how a thinly stretched supply chain makes for multiple juicy targets.

The pandemic as well as the famous incident with the Ever Given clogging up the Suez Canal in March 13 have highlighted the vulnerabilities in global supply chains. Now the U.S is playing the supply chain game to its favor, attempting to weaken and delay their economic rival.

Despite its other economic strengths, manufacturing is not one of the U.S’s strong suites. The production of the most cutting-edge semiconductors has mostly been dominated by Samsung and TSMC for the past 15 year or so. The biggest American chip manufacturer, Intel, lagged far behind.

Approximately 80% of the world’s foundry market is made up of Taiwan and South Korea. Foundries are factories that produce semiconductors that other businesses have designed.

However, the United States still has many successful design tool businesses, many of which are used by other businesses in the supply chain. More than likely,  advanced chips made by TSMC employed American tools at some point along the pipeline, and that is where export limitations to China will be relevant.

This so-called foreign direct product law has previously been used by Washington to Huawei, the face of the current tech conflict between the United States and China. Due to those restrictions, Huawei was denied access to the most cutting-edge chips that TSMC was producing and that were intended for its handsets. Huawei, a former market leader in smartphones, saw the crippling of its handset division.

How This Ban Will Affect China

China consumes more than 75% of all semiconductors sold globally but only contributes 15% to production.

According to experts, China’s domestic equipment manufacturers lag behind their international competitors by four to five years, rendering them unsuitable as immediate replacements for machinery lost from US suppliers like KLA Corp, Applied Materials, and Lam Research to keep the China chip supply afloat.

The new regulations might encourage Chinese chipmakers to experiment with developing cutting-edge chips utilizing inventive engineering techniques with older technologies that are not subject to the penalty.

China’s superior semiconductor industry and related technologies, such as AI, supercomputers, training in self-driving cars, etc., would be significantly slowed by the most recent US limitations. China could have to focus its manufacturing capabilities on mature technology perhaps outsource some services as well.

Beijing has criticized the “abuse” of export limits and warned that they may ultimately “backfire” on the United States, but so far, its response has been little in comparison to the back-and-forth reciprocal tariffs during the Trump trade war era.

Beijing has few options for retaliation when it comes to semiconductors because of the enormous technology divide between the United States and China. Although a major share of mature node chips used in products like cars come from China, it is not essential, and production could probably move elsewhere with little interruption.

Should the U.S stop selling semiconductors to China, there is not much the Chinese can hit back with of equivalent proportion.

Never the less, the China chip manufacturing sector is in a predicament. Beijing’s current economic growth rate of 3%—far below government projections—and the absence of a clear exit strategy mean that any move it makes to cut itself off from the global supply chain now could undermine jobs and exports, two things the nation can least afford.

The moves China has taken in the weeks since the export restrictions were announced demonstrate how uncertain the nation is about what to do next. According to sources, the Chinese government convened urgent meetings with the top semiconductor firms in the country to talk over how the restrictions would affect business. The Financial Times reports that one of the leading businesses, Yangtze Memory Technologies Corp., has already demanded the departure of a number of American employees.

China will be compelled to step up its years-long drive to create its own semiconductor ecosystem, and may very well succeed in the long run in achieving its aim of being self-sufficient. However, there may probably be some discomfort in the short term.

Of course, China could try to counterattack forcefully in an effort to force the United States back to the bargaining table by limiting access to the raw materials and rare earth minerals under its control. However, this is one of the only hands they could play, and even that would indirectly harm their own market.

This move by the Biden administration will not behead the giant, but it might daze it in the short term. The China chip ban may very well benefit from this move, and be compelled to amplify their chip making capabilities, and move forward with their tech sustainability plans. Even if the U.S gains momentum in the tech race China might be down, but they are not out.