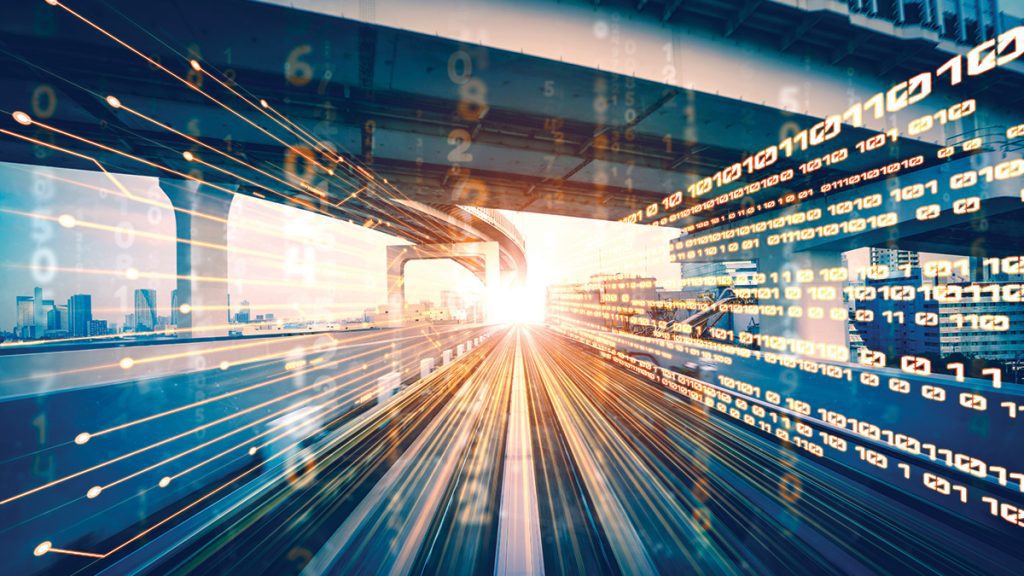 The world is increasing its awareness of technological development’s role in establishing a more robust economic foundation for the upcoming decade. The United Arab Emirates (UAE) is walking the line of digital transformation by preferring new unorthodox means to finally fulfill its ambitious goals of becoming a knowledge-based country. Such intelligent innovation integration will eventually bring a higher economic growth rate, with predictions of a lower unemployment ratio. The fourth industrial revolution has marked its presence in the Middle East. The UAE is heavily investing on all fronts in knowledge-based technologies to increase productivity and magnify its capital by adopting innovative, radical product innovations.

Naturally, as the capital of the UAE, Abu Dhabi will be a paramount player in the race toward building technological excellence on every level to match the Emirate’s vision of becoming epochal for technology, research, and economic development. Abu Dhabi’s economic Vision 2030 is an ongoing journey towards absolute economic sovereignty and metamorphosis.

As the largest city in the seven emirates in the UAE, the Abu Dhabi Economic Vision 2030 grounds the present economic environment and pinpoints critical areas for improvements to ensure the delivery of the goals set in the Policy Agenda. The governmental Policy Agenda is a reflection of the values the Emirate was founded on, with the two factors being at the core of the agenda, tolerance, and progressiveness toward cultural differences.

The current state of the economy has been ascertained through an analysis of macroeconomic data. The 2030 Vision highlights the sectors and genres of enterprise contributing the most to the economic output and growth and identifies which regions will experience the most changes. The area will flourish through diversification, sustainability, and nationwide equal distribution.

The Abu Dhabi Economic Vision 2030 goes through the current business environment. It sheds light on key strengths that can be optimized and various areas that can be improved to elevate the competitive potential between the emirates and its peers and the international benchmarks. Specifically, the vision will look at business legislation, labor policy, fiscal policy, and monetization policy as critical regulations and procedures that can be systematized to bolster the overall business environment.

The UAE’s second most populous city Economic Vision 2030 considers the Emirate’s resources and the steps needed to be taken to ensure the accommodation of future economic growth. Infrastructure, which includes energy, transport, and Information and Communication Technology (ICT), is a crucial area that requires continued investment to provide for a growing population. Increased economic demand and financial development of human capital and the workforce are one of the most momentous areas that are vital to the long-term success of the Emirate’s economy. Ensuring financial capital can be safely and confidently employed is also pivotal to developing and expanding the economy.

Abu Dhabi’s Economic Vision 2030 is set to alter the dynamic between the capital’s public establishments. Through the transformation of Abu Dhabi to become a knowledge-based sustainable city, the capital would have, not only the capacity but also the needed means to develop a new sustainable economy through the reversal of its main development model. A model that is solemnly based on oil and natural resources energy.

The primary factor that would further endorse the fruition of this strategy relies on three elements, investment, innovation, and wealth. Such factors have already been set in motion since the foundation of Abu Dhabi as an oil-based emirate. Yet, with the Economic Vision 2030, numerous factorial aspects will help bring about the competition of this economic strategy. Still relying on investment, innovation, and wealth, Abu Dhabi will still be tooled with the needed means to maintain its economic growth. A growth that will be religiously driving a new energy-based, service-based, and finally, knowledge-based economy, which is the nucleus of Abu Dhabi’s Economic Vision 2030.

The 2030 Vision strives towards efficient economic transformation of the Emirate’s financial foundation, attracting global integration and lasting benefits. The plan will ensure Abu Dhabi’s commitment to building a sustainable, diverse, and high-value economy by 2030. The possibility of finally achieving the fulfillment of such goals will happen by expanding the sectors of economic activity, maximizing the enterprise base, and reaching external markets. Abu Dhabi will periodically enhance competitiveness and promote productivity. Based on case growth scenarios, delivering on such commitments will manifest through well-rooted sustainable development and significant layers of economic diversity by 2030.

To guarantee social and regional development balance, Abu Dhabi will reach Emirates society as a whole. By preparing its young generations for the workforce and optimizing women’s participation, especially nationals from around the Emirates, Abu Dhabi will remain an attraction for a skilled foreign workforce, catalyzing the economic growth in regional areas. To achieve the Emirate’s ambitious economic aspirations, the regulatory and legislative environment must be optimized, examining the most effective practices from around the world and applying them within the local context. Various resources, from infrastructure to human and financial capital, must also be provided as a platform for the nation to build the economy. Hand in hand, these will constitute the roots of the future economy, framework, and ecosystem in which it can thrive. Abu Dhabi will therefore make an open, efficient, effective, and globally integrated business environment, streamlining government processes and facilitating business and investment. It will also significantly improve the efficiency of the labor market and adopt both a fiscal policy response to economic cycles and a safe monetary and financial system with manageable inflation levels.

Elevating Diversification: From Oil to Digital

In the upcoming two decades, Abu Dhabi’s Economy will elevate diversification. Vision 2030 will reduce the dominance of oil and gas in the nation’s economy. This reduction in economic dependence will decrease levels of volatility in the economy and promote stability across the Emirates.

Throughout this process, Abu Dhabi will experience real Growth Domestic Product (GDP) progress to around five times its current levels. Such strategic economic growth will decrease the capital’s oil sector dominance over the GDP, and even governmental consumption of oil will diminish. On the other hand, private domestic investment and consumption will form most of the real GDP. Conjointly, domestic investment and consumption are projected to grow at higher rates than other components of real GDP.

The government will invest in non-oil sectors of the economy to promote a more diversified economic structure. However, Abu Dhabi will handpick targets for such investment to enable real growth in domestic and foreign investment in its economy and give a more vital role to the private sector. This surplus of government investment will be totally beneficial and well planned and monitored to expand the size of the economy sustainably and beneficially.

Governmental efforts will ensure the balance of stable non-oil revenues and total expenditures of the Emirates by invoking fiscal discipline. Ending the budgetary dependence on oil revenues will allow the government to capitalize on its oil revenues for future projects and diverse purposes such as development funds for Abu Dhabi’s economy.