Egypt's Telecommunications Market: New Strategies to Come Out of Hibernation? 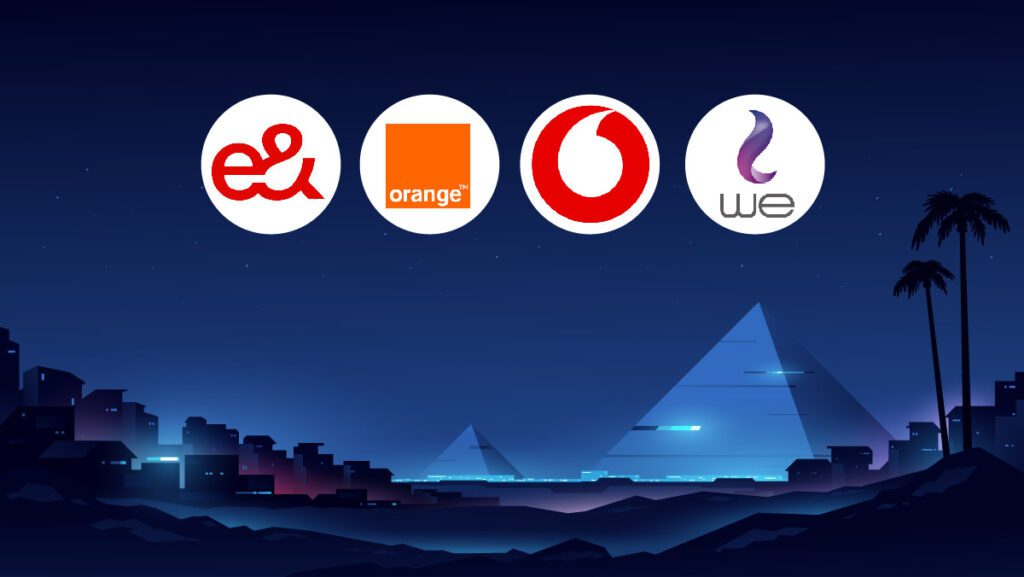 Digital transformation has become a central topic in the strategic plan of most countries around the world. The progress that has been achieved in different areas of technology has mandated a complete restructuring of different sectors that contribute to the country’s gross domestic product (GDP). Digital transformation is only a fancy moniker to highlight the digitalization that affected various operations, mainly to reduce costs, simplify management, and develop new use cases that increase the profitability of key contributing sectors.

Egypt is among the countries that embraced the transformational wave given the importance of the information and communication technology (ICT) sector which contributed to 5 percent of the GDP in the fiscal year 2020/2021. As a result, the ministry of communications and information technology (MCIT) has pinned high hopes on its “Digital Egypt” strategy which aims at creating a digital society.  The telecom industry is among the focus areas towards meeting the strategy goals with the MCIT aiming to improve the quality of infrastructure, extend service provision to villages, and invest in the fiber network.

The telecom operations in Egypt date all the way back to the 1800s with telegraph services. The mother company, Telecom Egypt, has enjoyed its place as the sole communications service provider until the 1990s and the deployment of the GSM cellular network, the first truly devised mobile system. The GSM era saw a liberalization of the Egyptian market with many external players joining such a promising ecosystem.

Two providers emerged as the main operators of the first GSM networks, Orange Egypt (formerly known as Mobinil) and Vodafone Egypt (formerly, Click GSM). 99.96 percent of Orange’s capital is owned by Atlas Countries Support (wholly owned by Orange Group while 0.04 percent of the company’s capital is owned by a minority of shareholders. The story is a bit different with Vodafone with Vodafone Group owning 54.93 percent, Telecom Egypt 44.94 percent and a minority free float of 0.13 percent.

The competitiveness of the market increased with the advent of Etisalat Misr as the third operator in 2007. The operator is 66 percent owned by the Emirati giant E&.

The initial operation of We telecom was on Orange and Etisalat’s networks after the signing of the national roaming agreement. The fourth operator would then build its own network. Lately, Telecom Egypt has secured a 150 million Euro loan from European Investment Bank to expand its 4G network by deploying around 2000 new sites.

According to the latest ICT indicators report published by MCIT, the mobile penetration rate is of 89.69 percent with a 7.08 percent drop to the same period last year. The MCIT attributes the drop to the new recommendations of the international telecommunications union of using active line subscriptions instead of registered lines in the calculations. The internet penetration rate is below 60 percent.  To this end, the MCIT has committed to improve the internet quality notably through the fiber infrastructure, in addition to increasing its adoption among the citizens. The national telecommunications regulatory authority (NTRA) further facilitated the switching between internet service providers without additional fees.

The preparations for later 5G commercial networks in well underway. The NTRA has allocated several frequency bands in the 2600 MHz to the four operators for an amount of USD 1.61 billion.

Is There a Clear Hierarchy among Operators?

Establishing a proper hierarchy among operators requires looking at different measures. It terms of market share, Vodafone Egypt is the clear leader with a 43 percent share according to a report by Omdia. Orange comes next with 26 percent. Etisalat Misr follows closely with 22 percent. We telecom comes last with 9 percent of the total market, mostly on its 4G network. This is the main reason why it has been looking to increase the investment in its network infrastructure. To have a clearer picture of the market, we need to account for the 45 percent share that Telecom Egypt has in Vodafone.

The classification of the operators varies significantly when looking at the OpenSignal mobile network experience report. Surprisingly, the newcomer We ranked first in terms of video and games experience, consistent network quality, download speeds and was a joint winner in the upload speed category. Of particular importance, the consistent quality ranking quantifies the user experience with a range of applications that requires different quality of service requirements. Etisalat was the joint winner in the upload and availability categories. Vodafone was the winner in the voice app experience, 4G availability and 4G coverage experience. To correlate with Orange’s declining market shares, the operator failed to win any of the measured categories.

To say it in simple words, Egypt is about to experience what other countries did three years ago. The gradual deployment of 5G networks will open the way to new use cases and applications, new investments and partnerships. The average revenue per user (ARPU) will consequently increase leading to further gains from the telecom sector. Given the low internet penetration rate, it is rather imperative to develop use cases which will guarantee wide adoption. Smart agriculture and farming using internet of things is one particular example given that agriculture in Egypt is the major component of the economy accounting to 11.3 percent of the GDP. The NTRA has already issued the regulatory framework for internet of things provision in the country. Among the targets cited by the NTRA are smart cities, smart transportation systems, and enabling Industry 4.0.

In preparation for the next period, investments in data centers have been going well and study. Another reason for investing in data centers is the central location of Egypt between Africa and the Middle East which could make the country an important data hub.

A national system has been also set by the MCIT to improve cybersecurity, protect the infrastructure of critical sectors and build national capacities specialized in cybersecurity. This has in particular allowed the country to rank among the leading ones according the global cybersecurity index issued by the international telecommunications union.

Egypt is one most promising telecom markets in the world with a very large number of mobile subscribers and diversified economic sectors that could notably benefits from additional investments in the telecom infrastructure and introduction of new wireless technologies. The path to a digital Egypt will certainly go through drastic and rapid changes in the country. Up to this moment, the country has been lagging behind in terms of its adoption of new technologies. The beginning of the 5G era should however lead to an intensified development. The NTRA has a major role in following aggressive strategies and providing incentives to the different operators to invest in these newer evolutions. Reducing spectrum license fees and promoting increased competitiveness are two major strategies that can be followed.