Telecommunications in Jordan: When External Players and a Promising Strategy Are Driving the Sector Forward 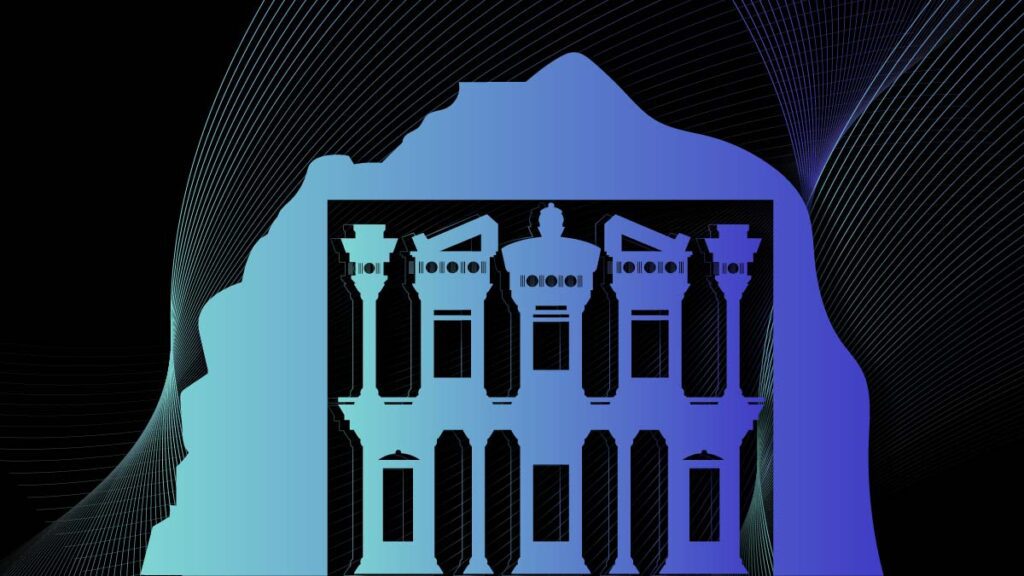 Telecommunications in the Hashemite Kingdom of Jordan is a flourishing market that is continuously evolving with time. The “ICT facts and opportunities in Jordan” report by the telecommunications regulatory commission (TRC) estimates that information and communications technology (ICT) accounts to 3.8 percent of the country’s gross domestic product (GDP), while a recent report by Global Data estimates that the telecom market size value was about USD 1.1 billion with a compounded annual growth rate (CAGR) of 7 percent.

For a total population of around 10.3 million, the TRC has lately indicated in a newsletter early June 2022, that the number of mobile subscribers is around 7.3 million among which, 5.4 million are using prepaid cards. In comparison, fixed line subscriptions totaled around 268 thousand lines.

The ICT sector is identified among the sectoral clusters for growth in Jordan’s vision 2025. The targets in this cluster include the completion of a high-speed fiber optic network, the regulation of the ICT sector and facilitating the licensing to telecom companies, encouraging infrastructure sharing to increase the spread and use of technology in the kingdom. These guidelines somehow provide clues of the strategies followed by governmental and regulatory entities, and operators in advancing the telecom sector in the kingdom

External Operators as a Driving Force

The Jordanian territory is an arena that is witnessing the battle between three international telecom companies, Orange, Zain and Batelco.

Orange Jordan is operating based on the license granted to Jordan Telecom. Previously known as MobileCom, the company has been providing mobile services for more than 20 years in the Kingdom. Orange’s share of the local market 30 to 25 percent as per the latest annual report whereas the fixed segment share exceeds 90 percent. The company reports an increase in revenues by 5.2 percent compared to 2020. The operator also reported an increase in operational and capital expenditures. Fixed telephony and internet services constitute that largest contributor to the company’s revenues followed closely by the mobile segment. Renewable energy projects and digital financial services complete the series. As is currently the trend with most operators, Orange has a future vision of becoming a digital leader by strengthening its infrastructure and diversifying its services, in particular B2B services. The group’s vision takes into consideration sustainability commitments and notable social involvement.

The main competitor to Orange is Zain. The Jordanian branch of the Kuwaiti group replaced the previous Jordanian operator Fastlink in 2002 as part of its regional expansion strategy. The Jordan market constitutes around 7 percent or the total group’s subscriber base and contributing to 9 percent of the total revenues. The capital expenditures in the country constitute 5 percent of the total expenditures. A notable portion of the expenses were towards the renewal of the 900 MHz license for another 15 years. The highlights of this year were the expansion of the deployed 4G, and FTTH networks. According to the investor presentation summarizing the achievements of the first quarter in 2022, the FTTH base witnessed over 42 percent increase and over 34 percent increase in revenue. Akin to Orange, Zain Jordan worked on its B2B services and expand the financial services offered through its Zain Cash platform. Finally, and as part of the group’s strategy to streamline its operations, Zain Jordan has finalized its agreement with TASC towers for the sell and leaseback of its 2607 towers in the Kingdom.

The latest entrant to the local market has been Batelco with its local brand Umniah, which translates to the word “wish” in English. Akin to its competitors, Umniah provides the full spectrum of services including 4G services, fiber to the home connections and fintech solutions through its UWallet subsidiary. Umniah has also been among the first operators in the world to shut down its 2G network. Although it does not have the subscriber base of Zain or Orange, Umniah is evolving very fast.

The regulatory authority in Jordan has also set the guidelines for the establishment of mobile virtual network operators (MVNO), Virgin mobile owned Friendi has been operating in Jordan until 2017 where it decided to suspend its operations due to the losses it incurred. Friendi is in particular still operating in Oman along many other MVNOs.

What is Coming Next?

The current features of the Jordanian market include the advanced 4G and FTTH networks. The TRC is gearing towards the launch of 5G services with all the dilemmas surrounding it, in the Kingdom. Experiments and trials are well underway over mid-band 5G frequencies, notably 3640-3700 MHz and 3740-3800 MHz. The aim of the of the new technology is twofold: improving the quality of the telecom network, and enable advanced services, notably the digitalization of the operations in various profitable sectors.

The TRC has also presented its strategy in its latest annual report. Among others, focus in the coming years will be on increasing internet of things applications, strengthening the security of the telecom infrastructure and enforce advanced cybersecurity practices, and finally open the market to more competitors while reducing the possibility of an operator monopolizing the market. In the upcoming years, Jordan will experience what other countries in the region are currently doing, a wave of digital transformation, increased smartification, and a push to deploy advanced 5G networks. Advanced 5G services will coexist with a strong fiber base, strengthening the available telecom infrastructure.

Although the adoption of mobile and internet services is good, it can be much better. The introduction of new technologies to the Kingdom and the improvement of the ICT sector as per Vision 2025 will take adoption numbers up to the global norm.

Jordan has long been a promising destination for telecom operator. To this end, world players has been investing in developing the underlying infrastructure for around 20 years. The country has been the playground for strong telecom companies including Orange, Zain and Batelco. The strategy of the TRC, along with the investments of the telecom operators is driving the sector forward especially after the coronavirus pandemic which affected economies all around the world. The prospects for the sectors are certainly looking promising for the coming years.

“Inside Telecom provides you with an extensive list of content covering all aspects of the tech industry. Keep an eye on our Telecoms, and  5G news space to stay informed and up-to-date with our daily articles.”