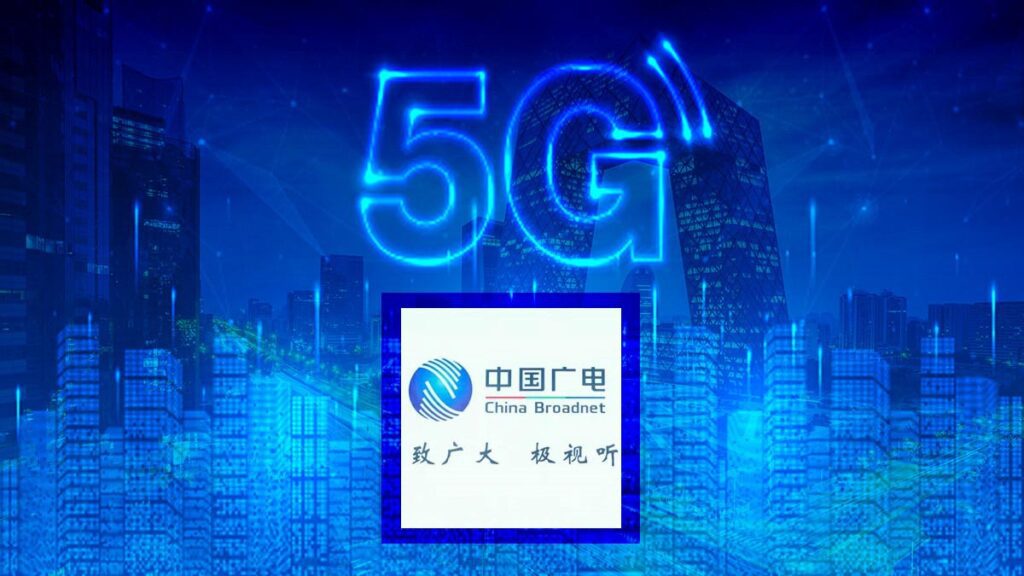 China is one of the largest countries around the world. Together with India, it accounts for about one third of the world’s population and two thirds of Asia’s population. The country has been enjoying steady economic growth with a gross domestic product (GDP) increase of about 10 percent each year according the World Bank. However, the last few years witnessed a slowdown in GDP growth with estimated 5 percent in 2022. The coronavirus pandemic and several challenges contributed to the slowdown. As in other countries, 5G seen as an opportunity for economic growth. In contrast to neighboring India which should see the new fifth generation later this year, Chinese operators have deployed the latest technology three years ago. A few days ago, telcos has welcomed the fourth 5G provider, namely China Broadnet.

The telco landscape in mainland China has been dominated by three operators, China Mobile, China Telecom and China Unicom. China Mobile is undoubtedly the largest operator in the country with a number of subscribers nearly three times that of China Telecom and Unicom. Given the political system in the country, the three operators are backed by the Government of China. The sector is regulated by the ministry of Industry and Information Technology (MIIT).

The strength of the telecom sector in the country is not limited to the service provided in the country, but also to the presence of operators and vendors outside the country as well. China Mobile has a presence in Hong Kong, Pakistan, the United Kingdom, and Singapore. China Telecom has two subsidiaries for the European and American markets. China Unicom has a subsidiary named China Unicom Global Limited which has been established to cover telecom markets outside China. Vendors and original equipment manufacturers have also been dominating telecom markets outside the country. Despite the US. sanctions and the talks about intellectual property infringements, these companies have used their aggressive pricing strategy to get into the ecosystem of most countries around the world. Huawei, ZTE, and some lesser known brands have rivalled with the likes of Ericsson and Nokia. Their phone segments have also become popular with their offerings which provide the best value for money. In countries where notable economic difficulties, Chinese brands are the best sellers.

The large Asian country has been unsurprisingly one of the early adopters of the latest wireless evolution. The Chinese market is huge and full of opportunities compared to other markets. According to spokesmen from the MIIT, all cities and around 90 percent of the rural areas have 5G coverage in the country. This is higher than 5G coverage in the USA for example. The number of 5G cell-sites is also expected to reach the two million mark by the end of 2022. The investments by telecom operators is expected to be around Yuan 1.2 trillion which is about USD 179 billion. The investments are not only in the infrastructure but in advanced technologies that will help the operators unlock the full potential of the 5G evolution. Earlier in May, Huawei and China Telecom announced their super time-frequency folding technology, which in simple terms, combines the merits of time and frequency division duplexing (TDD and FDD) to achieve high uplink and downlink data rates while reducing the perceived latency as much as possible. This will allow to meet the requirements for ultra-reliable low latency communications (URLLC) use cases in the future.

The 5G network has been gradually deployed in the country between the second half of 2019 and early 2020. While the pandemic has had an impact on the different plans in the country, the different activities related to the telecom infrastructure hasn’t been affected much. The initial deployment was in the n41 band (2.6GHz) for China Mobile and the n78 band (3.5GHz) for China Telecom and Unicom. To extend coverage, the low sub-1GHz bands are being planned for better coverage. As a noteworthy example, China Telecom and Unicom are co-building the 5G network, with cost-saving in sight.

At the end of June 2022, a fourth operator has started providing services and potentially compete with the other three operators. Named China Broadnet, the new entrant started offering 4G and 5G services to customers.

The announcement was important for two reasons. Firstly, China Broadnet strategically decided to operate in the 80 MHz bandwidth its mother company China broadcasting network (CBN) acquired in the 700 MHz golden band in 2019. The new operator also owns spectrum in the 4.9 GHz band (n79) which it may use as well. The second notable event is that China Broadnet is cooperating with the leading operator to deploy its network and will probably rely first partially on its partner operator’s network. The agreement which spans multiple years allows the new entrant a paid access to the leading operator’s network notably in the 2.6GHz band. The new operator also chose ZTE as a partner to build the new infrastructure.

In a sense, the Chinese telcos has organized themselves into two groups, China Mobile and Broadnet are collaborating to integrate the new entrant into the ecosystem. The bands acquired by Broadnet and the already existing bands that China Mobile uses should provide some nice future insights for the partnership given the wide spectrum availability when combining all the bands. On the other side, the remaining two operators are working on their own 5G network.

Despite all the controversy surrounding Chinese operators and vendors, and the persistent political tensions with the USA and other European countries, the telecom market in China remains a prosperous, interesting, and unique model. The advent of the fourth operator with all telco politics surrounding it shouldn’t cause a major impact directly. The partnership with China Mobile and the gradual rollout of the network promises a change in the competition dynamics in the near future, notably if China Broadnet can deliver unique services that can set it apart from its competitors.