Elon Musk's Take on the Metaverse 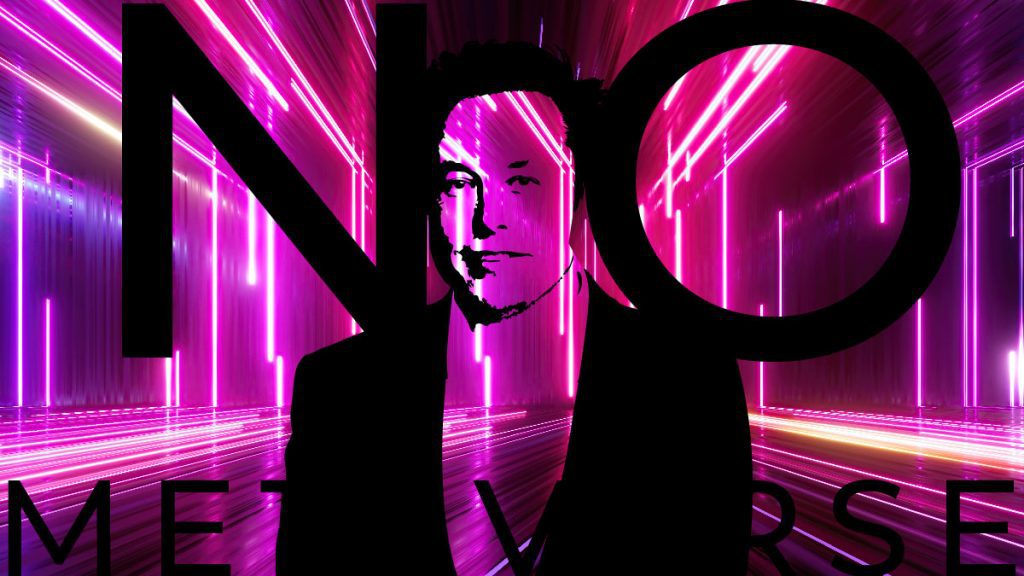 Two currents that are said to revolutionize the digital world are the Metaverse and Web 3. Elon Musk, the world’s richest man, is not a fan of either. As the CEO of SpaceX and Tesla, Elon Musk’s take on the Metaverse was made quite clear in his interviews and tweets. He couldn’t envision a compelling use-case for the VR-driven Metaverse and mocked Web3, a hazy idea in which internet services are redesigned around blockchain and cryptocurrency, saying “I don’t get it” and calling it “more marketing than reality.”

Musk criticized the Metaverse for lacking compelling use cases and providing consumers with a subpar experience.

Elon Musk’s take on the Metaverse came off as a mockery, saying that “putting a TV on your nose does not necessarily put you in the Metaverse. He went on to say that he doesn’t see people strapping headsets to their heads for an extended period of time and never wanting to take them off, Musk said. Musk added that he has yet to see a compelling argument for the creation and proliferation of the Metaverse.

Another alternative vision for the internet’s future is Web3, which has received a lot of support because of the notion that regular internet users will be able to directly profit from their content and online activity rather than having this value captured by a few tech giants.

Regarding Web 3, another term thrown around alongside the Metaverse, Musk didn’t spend much time talking about Web3, but like fellow tech CEO Jack Dorsey, he has previously expressed doubts about the initiative on Twitter. Dorsey’s argument is that Web3 won’t democratize anything; rather, it will merely transfer authority from established incumbents like Facebook to upstart venture capital firms like Andreessen Horowitz.

Elon Musk’s take on the Metaverse, or what it could become, more heavily leans towards Neuralink. He believed that the Neuralink invention has a better chance of offering a metaverse-like experience than any amount of VR technology. “In the long term, a sophisticated Neuralink could put you fully into virtual reality. I think we’re far from disappearing into the Metaverse, this sounds just kind of buzzwordy.”

Musk founded Neuralink, a neurotechnology business with the primary goal of implanting brain implants in people in order to improve and restore their physical capabilities using computers. But in the future, who knows if the invention could be used to drape human perception with digital XR elements.