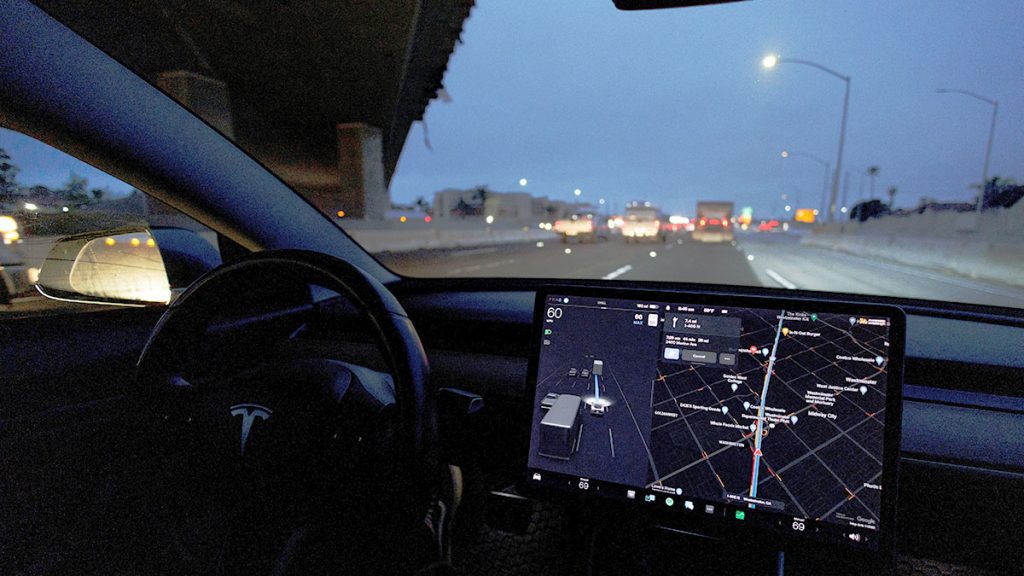 Tesla Inc is under criminal investigation in the United States over claims that the company’s electric vehicles can drive themselves, three people familiar with the matter said.

The U.S. Department of Justice launched the previously undisclosed probe last year following more than a dozen crashes, some of them fatal, involving Tesla’s driver assistance system Autopilot, which was activated during the accidents, the people said.

As early as 2016, Tesla’s marketing materials have touted Autopilot’s capabilities. On a conference call that year, Elon Musk, the Silicon Valley automaker’s chief executive, described it as “probably better” than a human driver.

Last week, Musk said on another call Tesla would soon release an upgraded version of “Full Self-Driving” software allowing customers to travel “to your work, your friend’s house, to the grocery store without you touching the wheel.”

A video currently on the company’s website says: “The person in the driver’s seat is only there for legal reasons. He is not doing anything. The car is driving itself.”

However, the company also has explicitly warned drivers that they must keep their hands on the wheel and maintain control of their vehicles while using Autopilot.

The Tesla technology is designed to assist with steering, braking, speed and lane changes but its features “do not make the vehicle autonomous,” the company says on its website.

Such warnings could complicate any case the Justice Department might wish to bring, the sources said.

Musk said in an interview with Automotive News in 2020 that Autopilot problems stem from customers using the system in ways contrary to Tesla’s instructions.

Federal and California safety regulators are already scrutinizing whether claims about Autopilot’s capabilities and the system’s design imbue customers with a false sense of security, inducing them to treat Teslas as truly driverless cars and become complacent behind the wheel with potentially deadly consequences.

The Justice Department investigation potentially represents a more serious level of scrutiny because of the possibility of criminal charges against the company or individual executives, the people familiar with the inquiry said.

As part of the latest probe, Justice Department prosecutors in Washington and San Francisco are examining whether Tesla misled consumers, investors and regulators by making unsupported claims about its driver assistance technology’s capabilities, the sources said.

Officials conducting their inquiry could ultimately pursue criminal charges, seek civil sanctions or close the probe without taking any action, they said.

The Justice Department’s Autopilot probe is far from recommending any action partly because it is competing with two other DOJ investigations involving Tesla, one of the sources said. Investigators still have much work to do and no decision on charges is imminent, this source said.

The Justice Department may also face challenges in building its case, said the sources, because of Tesla’s warnings about overreliance on Autopilot.

For instance, after telling the investor call last week that Teslas would soon travel without customers touching controls, Musk added that the vehicles still needed someone in the driver’s seat. “Like we’re not saying that that’s quite ready to have no one behind the wheel,” he said.

The Tesla website also cautions that, before enabling Autopilot, the driver first needs to agree to “keep your hands on the steering wheel at all times” and to always “maintain control and responsibility for your vehicle.”

Barbara McQuade, a former U.S. attorney in Detroit who prosecuted automotive companies and employees in fraud cases and is not involved in the current probe, said investigators likely would need to uncover evidence such as emails or other internal communications showing that Tesla and Musk made misleading statements about Autopilot’s capabilities on purpose.

The criminal Autopilot investigation adds to the other probes and legal issues involving Musk, who became locked in a court battle earlier this year after abandoning a $44 billion takeover of social media giant Twitter Inc, only to reverse course and proclaim excitement for the looming acquisition.

In August 2021, the U.S. National Highway Traffic Safety Administration opened an investigation into a series of crashes, one of them fatal, involving Teslas equipped with Autopilot slamming into parked emergency vehicles.

NHTSA officials in June intensified their probe, which covers 830,000 Teslas with Autopilot, identifying 16 crashes involving the company’s electric cars and stationary first-responder and road maintenance vehicles. The move is a step that regulators must take before requesting a recall. The agency had no immediate comment.

In July this year, the California Department of Motor Vehicles accused Tesla of falsely advertising its Autopilot and Full Self-Driving capability as providing autonomous vehicle control. Tesla filed paperwork with the agency seeking a hearing on the allegations and indicated it intends to defend against them. The DMV said in a statement it is currently in the discovery stage of the proceeding and declined further comment.