How Did India Benefit from Western Technology? 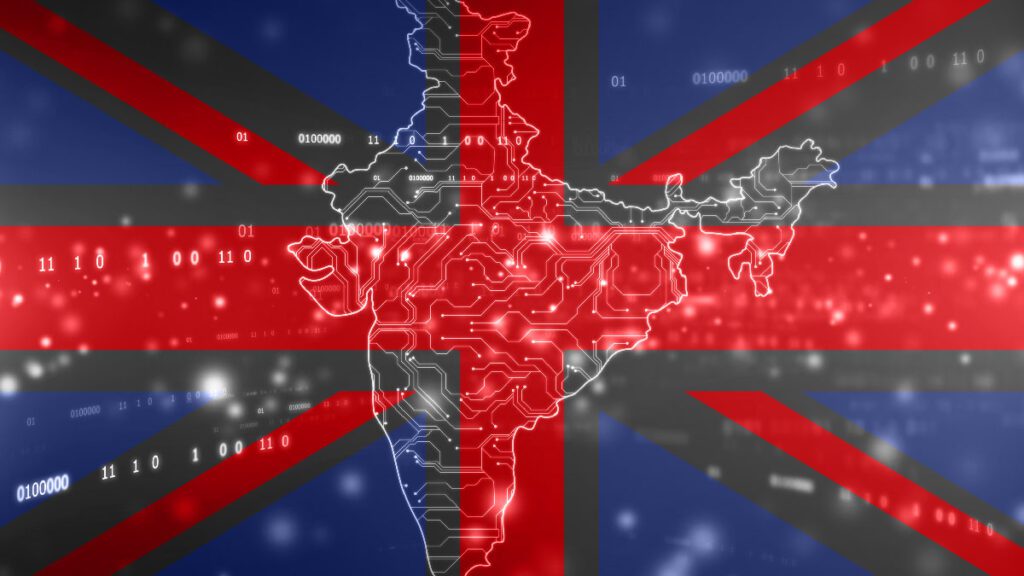 Over the past few years, India immensely benefited from Western technologies in various aspects. For a country with a relatively fractured economy, technology swooped in to simplify and accelerate mass production for an extensively increased population, allowing them to improve their production of raw materials, typically traded in global economies. Adopting western technology in India is becoming a significant factor driving the country’s economy and achieving its economic growth goals. In this piece, So, how did India benefit from western technology?

Science and Technology in India

The history of science and technology in India emerged when the country was under the influence of the British regime that lasted almost 150 years. Science and technology in India flourished the country as it accounts for some of the most prominent scientists and mathematicians, which in return, with time, delivered the famous Indian numeral system creating today’s mathematics, and modern accounting, and made computer technology a plausible future.

Yet, India flourishing in terms of its scientific and technological development was heavily influenced by British colonialism, as the colonial experience was solemnly based on imposing a certain level of control on Indian territory and resources. British colonialism did not leave room for Indian knowledge and expertise to flourish, limiting accessibility to proper education and scientific opportunities that would’ve contributed to the country’s independent economic growth.

India’s experiment with socialism and colonialism that lasted almost four decades brought on local innovation based on domestic innovations. This halted India’s economic growth until the 1900s. During that time, companies were nothing but modest small enterprises taking over small projects with primary technologies that lacked a supportive capital efficiency.

Throughout that period emerged the era of pre-liberalized India, where foreign technologies were not accessible, mainly driven by the lack of the needed resources to support economic growth. This led to what is today known as India’s path of ”techno-nationalism” where the country finally reached a level of self-reliance in terms of developing its own technologies for both public and governmental sectors, such as nuclear, defense, energy, and much more.

What Technological Advancements did the British Bring to India?

British colonialism heavily affected India’s technological adoption in terms of textile technologies. The country’s vague influence by the imposed colonialism can be attributed to India’s organizational and institutional environments where most of the development was mainly associated with the mercantile families with almost no knowledge or expertise-based in managing modern tech. The lack of interest in technological development derived from the fact that such families focused on financial dealings; therefore, the British were in charge of the country’s technological development.

At the time, critical technologies such as the railways, electric telegraph, and steamer were some of India’s most significant alterations, creating the pillars for the country’s growth in the 21st Century. These big technologies attracted the attention of some of the most renowned scholars, which positively affected the fundamental fabric of societies, revolutionizing today’s day-to-day lives.

Such technologies enticed further awareness from important figures that could contribute to the country’s economic growth than those relatively smaller technologies. While weaving looms, spinning wheels, rice hullers, bicycles, steel pens, and even typewriters did endorse India’s modernization, it did so slowly, unlike the overspread of significant technologies.

As a secular country, where people have the utmost freedom to practice whatever ancient religion they choose, the country’s extended its embrace of the westernized culture established by British colonialism. As one of the richest cultures in the world, the country’s history dating back to several thousands of years, was abruptly changed throughout time due to the conquest of European power intertwined with the British rule of Indian territories.

The westernization of the Indian societal culture created westernized subcultural patterns in a minority of Indian territories which later on branched out to emerge as a newly synthesized western Indian culture.

The westernization of India brought forth the establishment of new economic, political, and cultural branches in the country’s societal ecosystem. And with the country’s open mindset and attitude toward scientific discoveries and emerging technologies, scientific and technological means were no longer a symbol of British colonialism but rather a means to consolidate their ruling.

How did India Benefit from Western Technology?

India’s adoption of western technologies played a fundamental role in hastening the country’s independence from the imposed ruling. Numerous technologies associated with industries, factories, mines, and ammunition centers rose, supporting the country’s future freedom while creating a suitable base for a robust relationship with the western world, notably Europe and the U.S.

Such relationships account for India’s current arms and ammunition power, in addition to its technological and internet growth, resulting in some of the most prominent companies in the world setting operations in the country, such as Big Tech giants Google and Amazon.

The answer as to how did India benefit from western technologies lies in the the introduction of a capital-intensive and labor-saving technology in a country that holds significant symbolism concerning the direction of its economic growth. India’s beneficiating of the western technologies brought forth endless opportunities for a once colonized country and faced persistent challenges when seeking its independence. Technology plays a remarkable role in directing India on that path. Now, India is considered the new Silicon Valley as it has established a robust technology-based economy.