How Does Social Media Affect Elections? 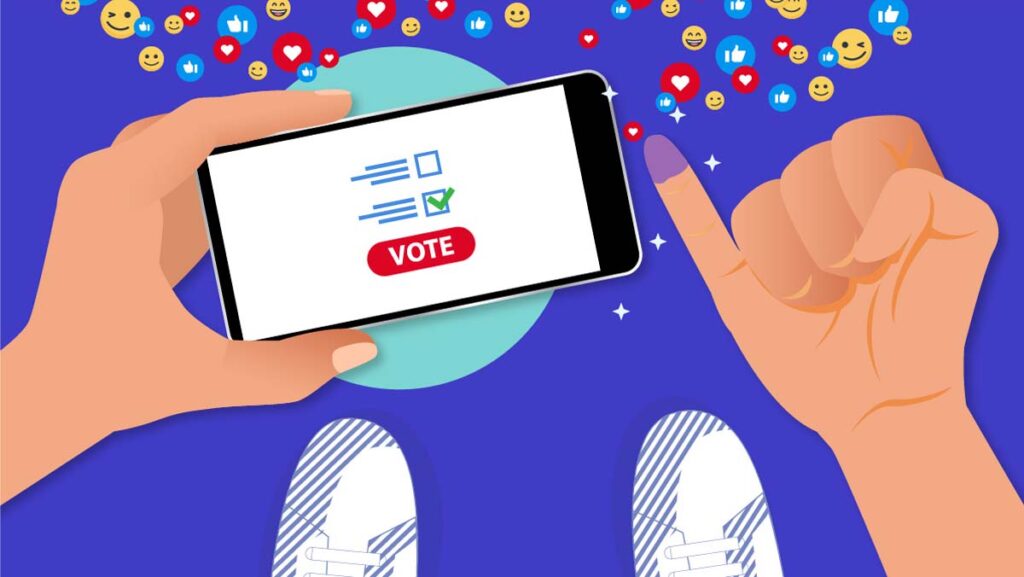 Political leaders leveraged new media to impact politics since the 1930s. Franklin D. Roosevelt’s implementation of the radio and John F. Kennedy’s usage of television bridged communication gaps between the public and politicians to signify and lead to political success.

Social media and voting can be seen as a direct manipulator of elections, such as the early 2000s noticeable effect when Barack Obama exploited networking platforms in his first presidential campaign to rally voters and win the 2008 election.

During that period, an estimate of almost 74 percent of internet users followed election news online during Obama’s first campaign, representing 55 percent of the entire adult population, according to Pew Research Center,

From there we can comprehend the intensity and extent of how social media plays a pivotal role in local elections. Beto O’Rourke’s being upset with Senator Ted Cruz in 2018 is a notable example, during of which the 2018 Texas Senate race broke the record for the most money spent in a U.S. Senate election, with $93 million raised and paid on social media events and ads.

With candidates shifting numerous resources to social media campaigns, understand how social media influences elections and what voters can do to guide the web wisely.

After Elon Musk promising to build a new social media platform, his purchase of Twitter is a way to apply more regulations on it, which will make it easier for the user to express their thoughts.  s his thoughts.

Political activity is related to peer pressure. In a 2012 study published in Psychology Today, creating a social norm can be considered an unspoken standard of behavior thought suitable and appropriate around civic duty, such as contacting and voting for elected representatives and encouraging more civic participation.

Does social media affect voting behavior? When Facebook users were shown an “I voted” button and a message emphasizing their friends who had already voted, they were far more likely to vote than if they were shown an informational message.

In addition, the effects of social media on individual voting are shown by having Facebook, TikTok, Twitter, Snapchat, or Instagram design social media platforms to curate information for people based on specific factors:

However, the negative side regarding social media changing the way people decide for who to vote to is the specific plan some social media platforms hold regarding the country’s politics. For example, during the 2016 American elections, social media increased the pressure through thousands of biased posts, especially during the last month of the election. This contributes to changing many people’s opinions and minds on political issues, therefore changing their voting candidate and having them vote after being reluctant to vote.

The social media outlet achieved its goal and agenda by letting many people vote for its candidate. Even after the results are out, social platforms can play a significant role in casting doubt on the results and driving public opinion to refuse them, leading to demonstrations erupting in the country.

In parallel, the next question is related to what is already mentioned above: Are more people voting because of social media? A specific message is shown on people’s social statements at the top of their ‘News Feed’, encouraging the user to vote, providing a link to find local polling places and a clickable button reading ‘I Voted’.

In addition, the news feed showed a counter displaying how many other Facebook users had previously reported voting. It displayed up to six small randomly selected ‘profile pictures’ of the user’s Facebook friends who had already clicked the I Voted button.

The design of the experiment enables us to assess the impact that the procedure had on three user actions; clicking the polling-place link, clicking the I Voted button, and voting in the election. Clicking the ‘I Voted’ button is similar to traditional measures of self-reported voting, but here, users reported their vote to their social community rather than to a researcher.

On another note, former President Donald Trump created a new social media app after a year of being thrown out of Twitter, which would help me communicate with more people in order to change their minds in his favor.

In parallel, Twitter played a decisive role in the 2016 American presidential elections and the United Kingdom’s “Brexit” referendum. Many see this as part of social media’s broader influence on political polarization and the re-emergence of populist politicians in many countries.

The U.S. Federal Election Commissioner, for example, has argued that Facebook “has no idea how serious it is hurting democracy.”

An alternative view suggests that social media platforms are biased against conservatives and that its younger, left-leaning user base is unlikely to tilt elections towards right-wing politicians. However, there is limited evidence that can be used to evaluate these contrasting – yet causal – claims.

Social media has played a massive role in many aspects of people’s lives, including deciding their voting directions. This has also resulted in a change in election results and political issues and debates between candidates. What was shown as a simple tool for communication turned out to be a tool to manipulate people’s perceptions of what is right and wrong.

Inside Telecom provides you with an extensive list of content covering all aspects of the Tech industry. Keep an eye on our Technology section to stay informed and updated with our daily article.