How Does Technology Impact Politics?

Published 5 Months Ago on Wednesday, May 11 2022
By Karim Husami 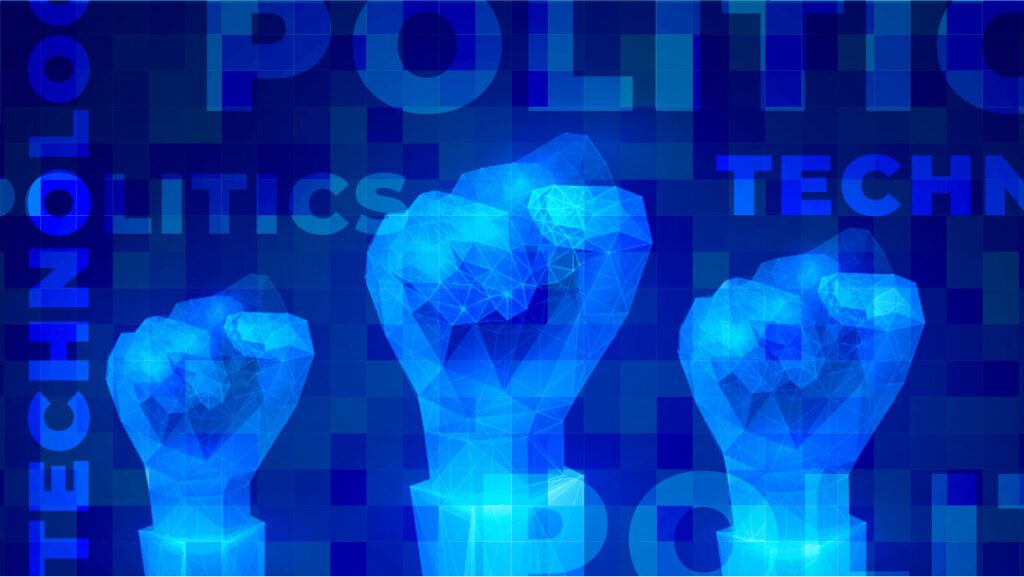 Technology plays an influential role in shaping the political landscape. In many ways, technology influences politics: it is a tool for political actors on the campaign trail, considering it a divisive political topic and a possible landmine that can take political aspirations.

The impact of technology on politics is a tool for political actors such as governments, politicians, and other organizations to better recognize and engage with people and mobilize public members to their cause by broadcasting political messages.

It is a seen as a live example for decades now; every time we scroll past a political ad on Facebook, watch a campaign commercial on TV, or acquire a flyer in the mail, amongst other ways.

In addition, two of the most powerful methods for using technology as a tool include digital media and data collection.

For example, the impact of technology on current politics can be seen when U.S. President Barack Obama advanced to become president mainly due to an unprecedented effort to gather data about critical voters’ voting patterns and demographics.

Another example is Donald Trump becoming president mainly because of technology’s impact; more specifically, social media and Facebook were flooded with information through posts convincing voters to choose him.

Data collection has always been a crucial aspect of information and political campaigns, but Obama’s election emphasized the possibility behind data collection.

In the following years, this new strategy focusing on granular data collection regarding everything from household income, past voting behavior, and Internet browsing patterns has become an essential part of any modern political campaign that aims to be successful. The data is used to develop marketing campaigns to promote political messages, develop donor relationships to request extra donations, and recognize and help new voters get to the polls.

The impact of technology on political communication is found by establishing authenticity with specific voting blocs. As in, Beto O’Rourke created a presidential campaign on the odd use of social media. Whether he was presenting local cuisine during a campaign stop or sharing a video of himself, or sharing his thoughts about the rigors of being on the road, O’Rourke expected his reliance on technology would echo with digital natives conditioned to the same media.

The Chinese are creating their own type of internet, as in expanding their network to have one called “splinternet,” which will determine alternative cyberspace where multiple developing countries are likely to sign up.

However, political organizations and some political candidates have strong standpoints on topics connected to technology, such as data privacy. Many politicians argue strongly about ensuring the rights of individuals to privacy.

What is the Impact of Technology on Political Socialization?

Some of the events were impacted by technology, such as the January 6th Capital Riot. This event emphasized the serious impact technology has on politics for politicians to achieve their agendas and manipulate the public’s opinion.

Governments and organizations turned technology into a playfield to improve their engagement with the public and rally members of the public in support of their cause.

The public in many countries is divided on how technology affects politics in their societies. An 11-country median of 44 percent says the increasing use of the internet has had a good impact on politics, but 28 percent feel that effect has been wrong – and this balance of opinion is most damaging in Tunisia, Jordan, and Lebanon.

Adults in these countries also feel that access to technology has had various negative and positive impacts on their fellow citizens. Taking the positive side, a median of 78 percent says access to mobile phones, the internet, and social media made people more knowledgeable about events. Answering the question about social media’s impact on the broader political process, majorities in nine of these 11 countries say they have increased the ability of ordinary citizens to take part in the political process.

In addition, the latest example is Twitter, which was used to ban politicians from it, especially Trump. Then it was bought by Elon Musk, who calls himself a free speech absolutist, but that could be put to the test in the Middle East, where critics say authoritarian governments use the platform to track opponents and spread disinformation. Musk said he would reconsider the platform decision to remove Trump from it to put him back on.

The impact of technology on global politics is understood when technology is being used and controlled as a weapon. There is a new map of power in the modern world that is no longer defined by geography, by control of territory or oceans, but rather by control overflows of people, goods, money, and data and by exploiting the connections technology creates. In this way, every connection between nations – from energy flows to IT standards – becomes a tool of geopolitics.

We are witnessing a fragmentation of globalization as countries use state regulations, subsidies, export controls, entity lists, and localization to access essential technologies themselves while simultaneously maintaining the access of others.

States risk being compelled when the danger of this technological competition escalates out of control and threatens global security, which is the most worrying.

The Australian national and Wikileaks founder Julian Assange case, led to a geopolitical situation. After leaking many classified documents, political and diplomatic tensions arose, turning Assange into a public figure and hero to hundreds of people and countries as well as a wanted citizen who committed treason to others due to media manipulation changing public opinion.

Under extreme pressure, he turned himself to London authorities but appealed his extradition request to Sweden. After many appeals and due to the heavy media manipulation of information that focused on Assange committing treason, Britain decided it would honor the extradition request, reminding Assange to escape to the Ecuadorian embassy in London in 2012.

In Britain, the U.S. won its bid for his extradition to the country in December 2021.

Technologies impact every aspect of our lives to the point that they started affecting our choices in political matters, among others.

Politics and technology have always been connected, dating as far back as the Industrial Revolution, which led to some of the most seminal issues in American history, such as labor protections. But in recent years, they’ve become more or less inseparable.

Inside Telecom provides you with an extensive list of content covering all aspects of the Tech industry. Keep an eye on the Technology news section to stay informed and updated with our daily articles.