How Technology is Steering us Towards Digital Totalitarianism

Published 5 Months Ago on Thursday, Jul 14 2022
By Adnan Kayyali 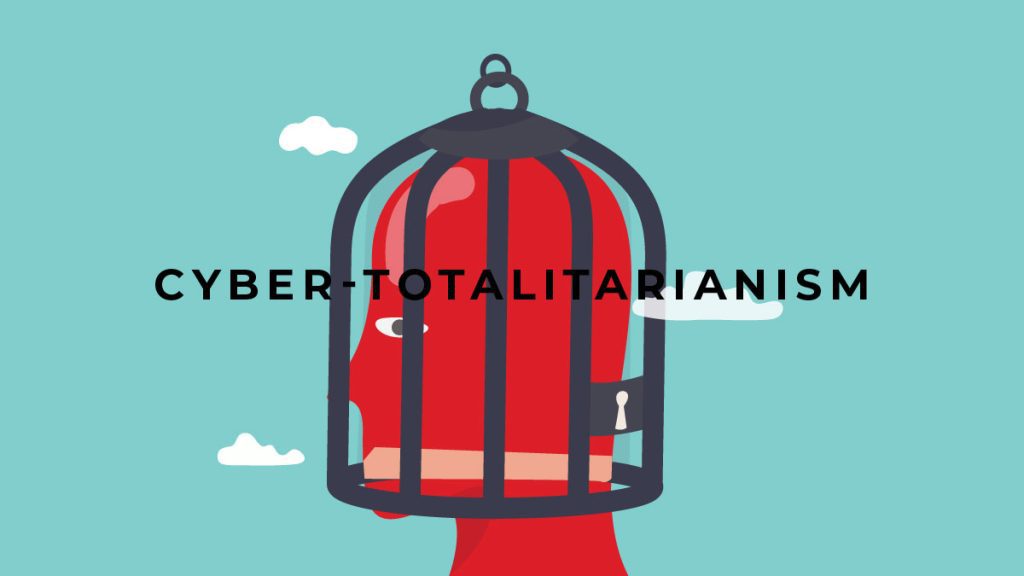 Social media, the internet, and other digital tools, which were once hailed as great forces for human empowerment, connectivity, and liberation, have quickly come to be seen as a serious threat to democratic stability and human freedom. Social media platforms are demonstrating the potential to exacerbate risks such as authoritarian privacy violations, partisan echo chambers, and the spread of harmful disinformation because they are based on a seriously flawed business model. A number of other developments in digital technology, most notably the advent of artificial intelligence (AI), are also benefiting authoritarian forces. These changes have the potential to lead to digital totalitarianism that is much easier to slide into than to climb out of.

In the increasingly data-driven world, technology is everywhere. Numerous shopping apps use your phone’s GPS to determine your location, giving merchants the opportunity to send you advertisements as soon as you pass by their storefront. Retailers can charge you exactly the most you’re willing to spend on a given product, thanks to personalized pricing. Even at home, your personal information is not secure: Digital assistants like Amazon Alexa save your search history, so they are aware of all of your preferences, including music, travel habits, and specific shopping histories.

Employers are tracking and monitoring their employees using the latest technology. Biometric timecards that scan an employee’s fingerprint, hand shape, retina, or iris are being used by an increasing number of businesses. Sensors that monitor door opening and closing, vehicle engine activity, and seatbelt clicks are installed in UPS trucks. Amazon is filing a patent for an electronic wristband that tracks hand motions, ensuring, for example, that a warehouse worker is constantly moving boxes.

With a bit of sci-fi imagination and a quick glance to the other side of the planet (cough – China), one can easily see how these technologies together form a slippery slope towards digital totalitarianism.

During the Hong Kong protests, the Chinese government used information from video surveillance, face and license plate identification, mobile device locations, and official records to identify targets for imprisonment in Xinjiang, according to Human Rights Watch’s Maya Wang. The study is the most recent in a series that has highlighted the extensive use of sophisticated monitoring, more conventional security measures, and political indoctrination camps in the area, which has acted as a proving ground for methods and innovations later used elsewhere.

China’s extreme tech programs that border on digital totalitarianism are notorious. The country’s “social credit system” will track citizens’ behavior by 2020, keeping track of everything from speeding tickets to social media posts that are critical of the government. Then, everyone will be given a special “sincerity score”; a high score will be necessary for anyone hoping to obtain the best housing, set up the fastest Internet speeds, enroll their children in the most prestigious institutions, and obtain the most lucrative employment opportunities.

The system was originally designed to undertake financial and social assessments for corporations, government institutions, people, and non-governmental groups while standardizing the credit rating function. It can, however quickly evolve into a precisely effective method of digital totalitarianism when it becomes equally as restrictive as it is handy.

Such a system doesn’t even need to be directly enforced to be an effective social control tool, as friends and family members would govern each other’s behaviors in fear of the repercussions spilling over onto them, shaming and shunning their fellow citizens for speaking against government entities for fear of catching the algorithm’s ire.

This infrastructure underpins the highway on which all our information travels. Increasingly, it goes beyond just Facebook messages and emails. Payment gateways, access to news and information, education, and a rising number of jobs and careers depend completely on the maintenance of communication infrastructure.

The digital repression taking place in Myanmar is one example of how authoritarian states can leverage their control over such communication highways to stifle resistance. Some may see it as a great tool for maintaining order and ensuring security, while others may see it as an unacceptable and oppressive method or digital totalitarianism that will not be used against the people until it is.

In addition to regular internet outages, the junta, a military or political force that seized forceful control of a nation, and blocked access to social media sites. On February 4, Facebook, which has more than 22 million users in Myanmar, or roughly 40% of the population, was blocked. Before Facebook was banned, anti-coup activists frequently used it to plan large-scale acts of civil disobedience, such as doctors refusing to work in military hospitals and staging fake car accidents and sit-ins on trains to cause traffic.

After Facebook was banned in the country, protesters moved to Twitter to organize their acts, which was also blocked the next day. Later, on February 9, the junta proposed a cybersecurity law that, in accordance with Human Rights Watch, would “give it sweeping powers to access user data, block websites, order internet shutdowns, and imprison critics and officials at non-complying companies.”

Predictive AI as a Tool for Digital Totalitarianism

In the U.S, a “predictive policing” initiative conducted by the New Orleans Police Department creates a hot list of probable criminal offenders using Big Data. Quiet Skies, a TSA-run comprehensive technology initiative, analyzes and flags travelers based on “suspect” behavioral patterns. The last person to board their aircraft, change clothes in the toilet, or simply look at their reflection in a terminal glass might have a traveler on the Quiet Skies list.

Using such technology, A city’s location and crime rate may now be predicted with up to 90% accuracy by artificial intelligence one week in advance. The researchers that developed this AI assert that it can also be used to uncover those prejudices. Similar systems have been seen to reinforce racist bias in police, and the same may be true in this instance, especially since this data can be used to specify individuals with the most likelihood of committing a crime.

This would undoubtedly sound like good news for a head of a city police department as the allocation of scarce resources and manpower would be better used if the police knew preemptively where their forces would be needed. However, it can also be quite concerning in the hands of malicious actors, at the beck and call of a state hell-bent on the use of digital totalitarianism to meet their ends by any means necessary.

In all the aforementioned cases, it is not the technology itself that is destructive or evil in any way, but the debate arises when we ask the question: Can any person or entity, public or private, be trusted with such power? If yes, then who and what mechanisms are there in place to mitigate damages should they go rogue.

Inside Telecom provides you with an extensive list of content covering all aspects of the tech industry. Keep an eye on our Technology and Ethical Tech sections to stay informed and up-to-date with our daily articles.