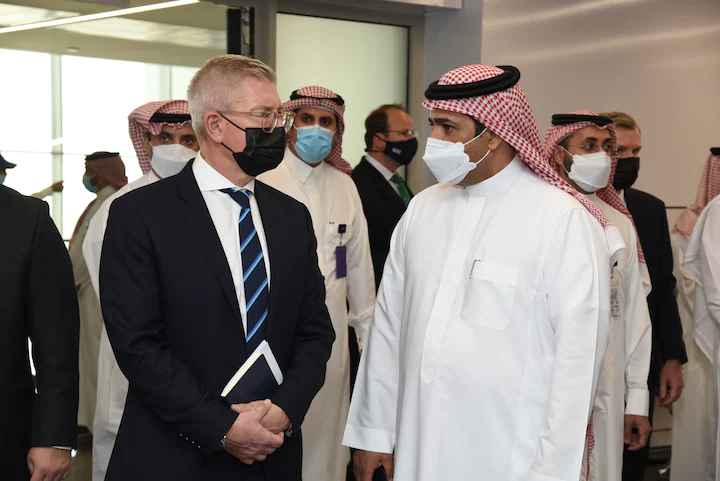 “With this new MoU, we work yet again with Ericsson to push the ICT industry’s boundaries and focus on ensuring a sustainable, environmentally viable future,” Chief Corporate Affairs at STC Abdulla Alkalini said in a statement.

The agreement was signed under the terms of the memorandum of understanding (MoU) and will address the execution of energy-efficient strategies provided by Ericsson to help the Saudi Arabian network to have an impact on its society.

In the memorandum’s initial phase, both firms will deploy various sustainable site solutions to demonstrate the effect of renewable energy on optimizing the future’s networks. Some solutions will include a solar-hybrid site and approach to reduce Carbon dioxide emissions to help the environment.

The Kingdom is shifting its reliance from an oil-based country to a digital one, and the Saudi Vision 2030 represents a clear conceptualization of the country’s future. Saudi Vision 2030 will rely on renewable and non-renewable energy sources to accommodate the augmented demand for energy, directed by digital transformation, including expanding its networks.

KSA’s 2030 vision, known as NEOM, will bring a structurally independent framework that will construct the right infrastructure to help it diversify its economy while upgrading its public service sectors such as health, education, infrastructure, recreation, and tourism.

The MoU will work on hastening the KSA’s drive to merge green innovation with network operations as the world experiences a heightened energy demand.

“Ericsson’s broad range of solutions make it easy to meet traffic growth and lower mobile network energy consumption from today’s level. Together with STC, we will be working on diversifying the energy sources, reducing carbon dioxide emissions, and exploring initiatives for operating networks with an efficient and intelligent energy perspective,” Vice President and Head of Saudi Arabia and Egypt, Ericsson Middle East, and Africa, Mathias Johansson said in a statement.

In August, the Saudi Arabian operator and the Swedish vendor extended their partnership to deploy 5G Core of New Radio standalone on Ericsson Cloud Native Infrastructure.