Published 2 Weeks Ago on Saturday, Sep 10 2022
By Mohamad Hashisho 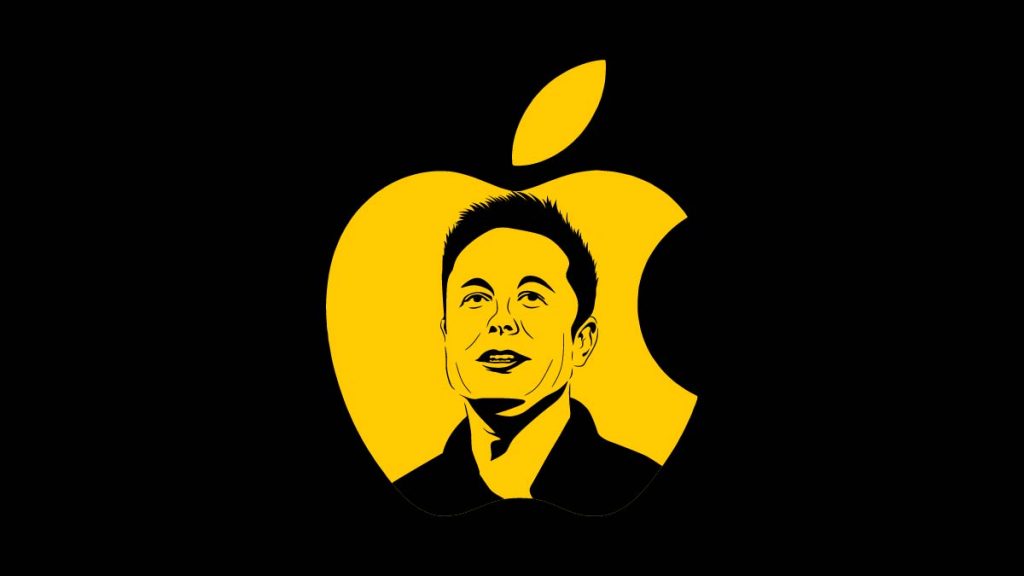 The whole world probably knows who Elon musk is. The wealthiest man on the planet with bold claims that he will put humanity on Mars. Besides his eccentric persona, Elon is known for his somewhat irrational tweets and prepositions. A while ago, the Elon Musk Apple connection fell off. With various tweets and responses between Elon and Apple CEO Tim Cook, the relationship between Elon and Apple seemed to be on shaky grounds.

Tesla, the company that mainly drove Elon Musk’s wealth and generated his multi-billion dollar empire is currently valued at around $600 billion. Tesla was not always the giant that surpassed legacy brands at a certain point, and as Elon did admit, he tried to sell it. After releasing the roadster, Tesla faced difficulties. The batteries had killer issues, and the Model S was super costly. Tesla ran out of money. Elon spent much financial savings, borrowed $460 million, and released the models.

It seemed like a success, but rumors of shortcomings circulated, and people started canceling their orders. Elon turned to Google’s CEO Larry Page, hoping to sell Tesla to Google for $6 billion, with the hope of running the company for eight years. However, the deal eventually fell off for mysterious reasons. Due to supplier letdowns and design failures, Tesla was crumbling under the production process.

Additionally, steering issues arose, and some cars had to be called back. The company’s share value fell on the New York Stock Exchange (NYSE), and Elon had to find a solution. He contacted Tim Cook to try to sell Tesla to Apple. But iPhone giant’s CEO’s hesitation showed after refusing to meet up with Musk. This, probably didn’t lend well to Elon. Most likely, Tim regrets this decision now.

Elon openly expresses his criticism of Apple. In the battle between Epic Games and the Apple App Store, the entrepreneur billionaire took it to himself to publicly express his support to the gaming mogul. Elon rooted for Epic Games, voicing his comments on unfair Apple App Store practices. The PayPal – Apple face-off, in which Elon accused Apple of not playing fair and making it simple and more convenient to use its Apple Pay service. This creates unhealthy competition when a clear competitor makes their option seem like the only one. Or in simpler terms, trying to monopolize such payment services.

Elon also called the percentage distribution between apple and the app creators unfair. So many incidents where Elon chose to criticize Apple publicly are out there. So, people have the impression that Elon Musk hates Apple. And the reality is that Elon Musk keeps adding fuel to the Elon musk Apple feud.

Firstly, Elon’s net worth is around $30 billion, while Apple’s is valued at $2 trillion. So technically, Elon does not have enough money to buy Apple, even if he sold all he owned. Even if he did have that kind of money, the Apple board would never approve of such a deal. Apple is the most stable and recognized tech brand. The risk of leaving this stability and reputation behind is never enough. It is a risk since being tied to an eccentric billionaire cannot always be a good image, especially with how volatile Elon can be.

The whole deal seems impossible, especially since Elon recently did not come through with his Twitter deal, the deal he was going to borrow money to complete. Such bold claims with no end product will make Elon a red flag for Apple.

In a rumored story, Elon didn’t want to sell Tesla. He also wanted to become the CEO of the tech giant. On a rumored phone call, Elon called Tim Cook to try to sell his start-up at the time, Tesla. Cook was open, and during the call, Elon outraged Cook with his demands to become CEO of Apple. Cook boiled with anger allegedly and hung up the phone. These are all rumors and stories written in various books. Nothing can be sure. Both sides came out to deny such things, but it can all be formal courtesy to keep a facade of good relationships between companies.

When you come out on so many podcasts and interviews, you will often say something that you will soon regret. That is the case with Elon Musk. His pop culture presence can be a double-edged sword. While all the Musk fanboys will cheer and admire such stunts, CEOs and other wealthy business leaders won’t have such a welcoming reaction. The whole Elon Musk Apple fall-off could all be smoke on the water, and by now, everyone involved has come out to deny such claims and renewed their respect for one another.