Why You Should Delete WhatsApp, Probably

Published 2 Weeks Ago on Sunday, Sep 11 2022
By Mohamad Hashisho 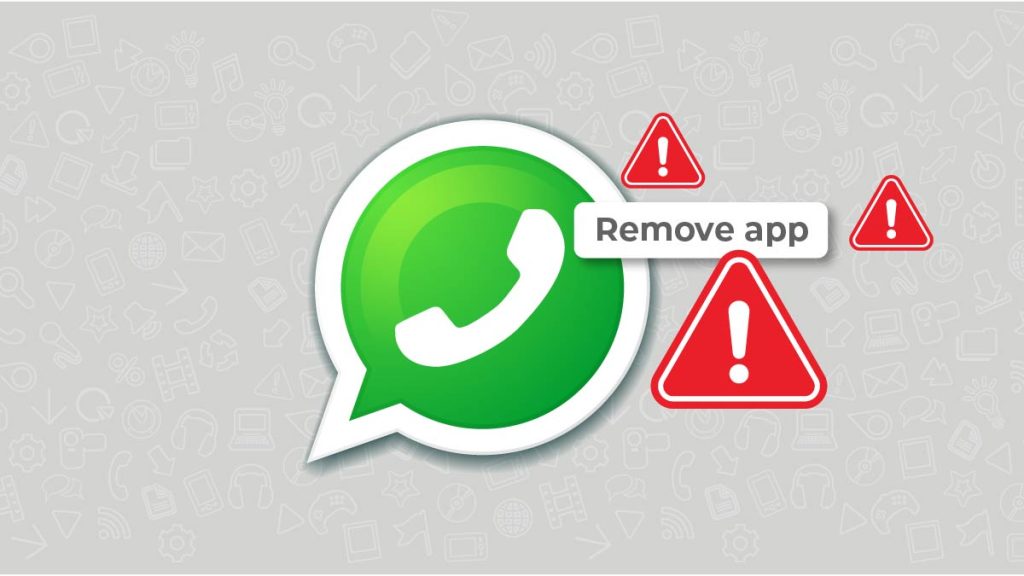 Whatsapp is one of the most popular apps ever, especially after its acquisition by Facebook. Almost everyone uses Whatsapp, but various scandals have come to light recently. Even Marc Zuckerberg faced much backlash when data was breached or, even worse, stolen. So you should probably take a look at why you should delete WhatsApp.

Mark Zuckerberg acquired WhatsApp from Brian Acton in 2014 for a whopping 16.9 billion dollars 2014. This should be alarming enough since, at that time, Whatsapp only made around 1 million dollars of net profit. Acton remained on board as a part of Facebook. But in 2017, monetizing that, he is no longer part of it. He stated that it was over privacy and monetization concerns. Which probably hints at the possible breach of privacy for money.

WhatsApp Does Not Use Open Source Code

When an app uses open-source code, the code and everything about its build are shared with the public. Android is an open-source OS, and phone manufacturers have dressed it with their skins and version of the OS, such as color and MIUI. Zuckerburg didn’t pay billions for the app. He paid for the data and intellectual property. This property is too valuable to be shared with everyone, so it is not open source.

Additionally, when an app is an open source, it gets tested regularly by experts. Whastapp can have this function since its code is private, unlike other options.

In its terms of services, WhatsApp points out: “you regularly provide us the phone numbers of WhatsApp users and your other contacts in your mobile phone address book.” Which is a savvy legal way of saying WhatsApp will gather information from you and everyone on your contact list, which fuels questions on WhatsApp data security.

Zuckerberg and His History of User Data Loss

This is a primary concern as to why you should delete Whatsapp. Not long ago, Facebook user data was leaked online. So is WhatsApp’s data policy better than its parent website? Having so much user data puts a bullseye on your back. It’ll make you a target for future attacks and cyber threats. And if the track records show us something, Facebook isn’t capable of protecting users’ data. Facebook connects itself to all other apps it owns, like Instagram and WhatsApp. If Facebook goes down, they all go down. So it is not a healthy environment to keep your data in.

WhatsApp Tracks Your App Use

Whatsapp can track your other application use. What are you using, when and for how long. This data is precious for advertisers. So if they can’t know what you’re saying, they can know where you’re saying it and when you’re saying it. Advertisers can use these behavior patterns to build behavior models.

It Sometimes Breaks the End-to-End Encryption

Whatsapp allows you to back up your files and chats to Google Drive or iCloud. It seems like an excellent offer, but when you realize it is a loophole in the privacy policy, they can break the end-to-end encryption since they did mention that it won’t cover any cloud drives that will pile your chats unprotected.

Here is the direct quote “Media files and messages are not protected by WhatsApp end-to-end encryption when they are stored on Google Drive,” according to the WhatsApp FAQ page.

What Can You Use Instead of WhatsApp?

Should you delete WhatsApp? What are the alternatives? There are many, with even open source and maybe a better user interface. Let us take a look.

Signal has all you want that WhatsApp doesn’t offer. But it lacks some fun aspects like gifs and emojis, but it is way more secure and offers a simple experience if you need to chat with colleagues and family. Signal is superior.

Threema, a privacy-friendly company established in Switzerland, guarantees total privacy. Your messages are destroyed as soon as they are sent, and the only place where your contacts and group information are kept is on your phone, not in the app itself. To further preserve your privacy, the software enables you to contact people using a Threema ID rather than a phone number.

Telegram is a better version of Whatsapp because it supports sending uncompressed picture files and has incredibly adorable, regularly updated animated emojis. Of course, some of the Whatsapp encryption problems have also been found here, so it’s not a perfect substitute.

Another end-to-end encrypted texting service with additional security provided by European data retention regulations is Wire. Although it costs money, this alternative may be more secure than WhatsApp.

You might not have a say in it if you think you can do anything against a giant corporation spying on you and accessing your info. so for that reason, you may be considering the question, “Why you should delete Whatsapp?” It is such a complex process that an everyday user can’t quite figure out, so if you like WhatsApp, stick to it and if you don’t, try other options, and if you find them more suitable, make the switch.