The Other Side of the Coin: Why Do People Hate NFTs 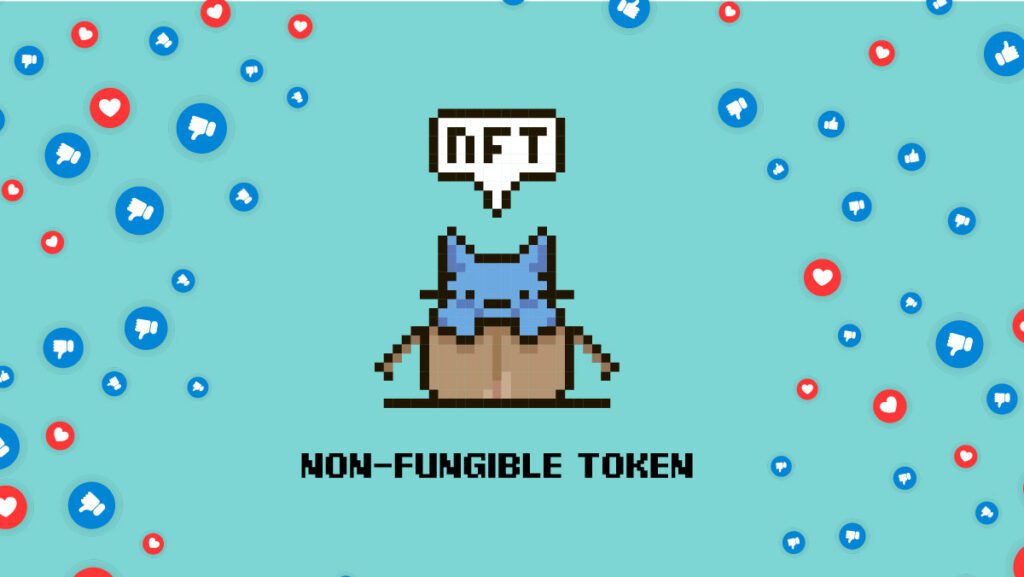 We have covered NFTs extensively on our website, their uses, applications, and their shortcoming. To some, they are nothing but scams, ultra-rich people’s hobbies, or greedy maneuvers by big companies and celebrities to siphon even more money out of the common person. To others, they represent a beautiful future of financial freedom, community, and economic opportunity. So why do people hate NFTs?

We here know that NFTs are simply any digital token with cryptographic metadata that makes it provably unique. That’s it.

The craze following the popularity of NFTs was unlike anything we have ever seen before. One day we are going about our lives, and the next, we are witnessing billions of dollars being thrown around at seemingly worthless ugly JPEGs, as far as most people were concerned.

Over the coming weeks and months, you hear about this person or that person who just made a life-changing amount of money selling a collection of Rabid Racoons, Diabetic Whales, Tactical Turtles, or what have you.

It didn’t take long for NFTs to become synonymous with get-rich-quick schemes and for the persona of the money-grubbing goblins and morally bankrupt businessmen, influencers, celebrities, and financial elites to take over the scene.

Even as wonderfully down-to-earth projects with genuine or charitable intents began to surface, they were quickly buried by ambitious teenagers wanting to avoid working for the rest of their lives, and foaming at the mouth at all the money being thrown around in the cyberspace.

With all that in mind, is it any wonder why throwing the word NFT into a conversation is like throwing a grenade into a room and watching everyone hug the walls. In the world of trading, crypto or otherwise, this can be a detriment for those who wish to exploit every opportunity the market presents, such as hosted bitcoin mining.

On one side of the room, you have people throwing up their hands and saying, “I hate NFTs.” On the other, you have the enthusiasts, techies, and, sadly, some fanatics who can’t see the other side of the argument. Although when someone calls it a JPEG that you can screenshot and sell, you can’t be blamed for clenching your fist.

So then, let’s look at why so many people cringe uncontrollably at the sound of those three letters.

For many inside the NFT space, it’s all about the money. Yes, you will hear the words freedom, community, charity, empowerment, and of course, art being thrown around, and in many cases, it most definitely is about those things. But let’s be honest, 95% of the conversation revolves around spending, making, and investing money. For many, it’s easy sleazy money at that, to rub salt on the wound of so many artists who put half the ugly NFTs out there to absolute shame and still struggle to pay bills with their talent, only to see a talentless money chaser live their dream for them in a flash.

The Rich Getting Richer

This is hardly something exclusive to NFTs, but there have been many instances of mega-rich business owners, celebrities, influencers, and other financial elites multiplying their own wealth off the backs of enthusiastic fans, followers, and aspiring young entrepreneurs who believed in them. While some people did jump up the economic hierarchy in a very short time,

If you are in the NFT community, you will know that there are some beautiful people out there who just want to help others and watch people succeed as they have, humbly paying forward their fortunes to other NFT lovers, artists, developers and creators with a vision. On the same Discord server, you will see some bottom-of-the-barrel scums of the earth who will scam the life savings away from a trusting investor who truly believed in a project and or wanted to support an initiative that seemed good and honest.

One of those makes for a better story in the media, and you can easily see why this would disgust anyone with a true appreciation for art and freedom of business.

We all know by now that the maintenance of massive blockchains requires an immense amount of power, most of which is not very sustainable. This only adds to the whole consumer-centric, materialistic, hyper-capitalist view of crypto and NFT enthusiasts. Now with newer, more environmentally free models such as “Proof of Stake” evolving rapidly, this should change. Still, back when blockchains were responsible for just around 2 percent of the entire earth’s energy consumption, it didn’t stop many from jumping at the opportunity. No judgment here, but it would leave a bad taste in many people’s mouths.

Understandably, most of us are sullen at the fact that Bitcoin was worth a few cents while many of us were still in diapers and couldn’t do anything about it.

Now imagine how angry you would be if you have to work two jobs to make ends meet while some backward-hat-wearing teenagers can retire early because they got rich on a fluke and used their parent’s money to buy an Angry Avocado or something (I’m making these names up on the fly, give me some credit). It’s frustrating, unfair, and can give someone an apathetic outlook on life after a while. This resentment can carry into hating the entire concept of NFTs as a whole, not stopping to consider the real future advantages or disadvantages of NFTs.

People make up their minds rather quickly, and opinions formed about this new trend almost as soon as it the screens. The last two years have not been any different, but as more information comes out, new projects are created, and technologies are refined, no doubt many will revisit their hatred of NFTs with a more critical look.

Although almost all those people probably wouldn’t mind making a few thousand dollars of a so-called JPEG if they got the chance, anyone can see why the NFT sphere might seem like a toxic and backward area of the internet. Wherever you may stand, it is worth noting that no technology can be good or evil, only the hand that wields it.

Saying the words NFT in any given room will invariably split the room into two sides; Those who love NFTs, and those who hate NFTs.

Some people despise the concept on NFTs because of their capitalistic subculture, or because they believe most of them are scams of the rich against the poor. Others resent the arbitrary way in which lives are being changed forever for some while ruining others, yet others just hate the environmental impact that blockchain technology, and so NFTs, have on the planet.