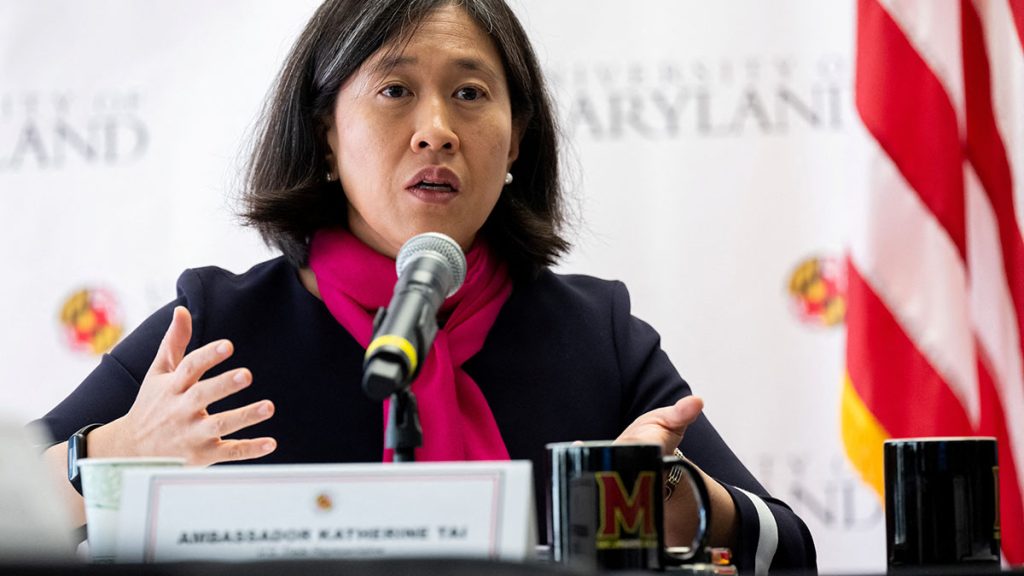 U.S. Trade Representative Katherine Tai said on Monday that her agency is preparing to sign a memorandum of understanding with African Continental Free Trade Area countries to explore work on the next phases of the U.S.-African trade relationship.

Tai said at the Semafor Africa Summit that she sees opportunities to improve the longstanding African Growth and Opportunity Act (AGOA) system of trade preferences, which is due to expire in 2025.

“The world that we’re living in today certainly has been transformed by significant events that we have experienced since 2015, the last time the program was reauthorized,” Tai said of AGOA. “We’ve consistently seen that there are opportunities for the program to be better, there could be much better uptake and utilization of the program.”

Tai is hosting a meeting of trade ministers from Sub-Saharan Africa on Tuesday to discuss AGOA as part of a U.S.-Africa summit in Washington.

Asked about her vision for the evolution of the program, Tai said the United States would like to explore the “middle ground” between the current AGOA system and traditional full free trade agreements and developing new relationships that are focused on “resilience and inclusion.”

Traditional trade programs such as AGOA “are hitting some of their limits” and a more innovative approach was needed to help countries greatly increase their per-capita income, she added.

The Biden administration has not pursued any new traditional free trade negotiations focused on lowering tariffs with any trading partners. Instead, it has focused on non-tariff dialogues covering standards for regulation, technology, environment and labor with the European Union, Britain, Kenya and other partners.

Tai said she hoped that the work with African countries in the future will help find ways to attract long-term investment for Africa and help the continent move from commodity suppliers to becoming more integrated into global supply chains.