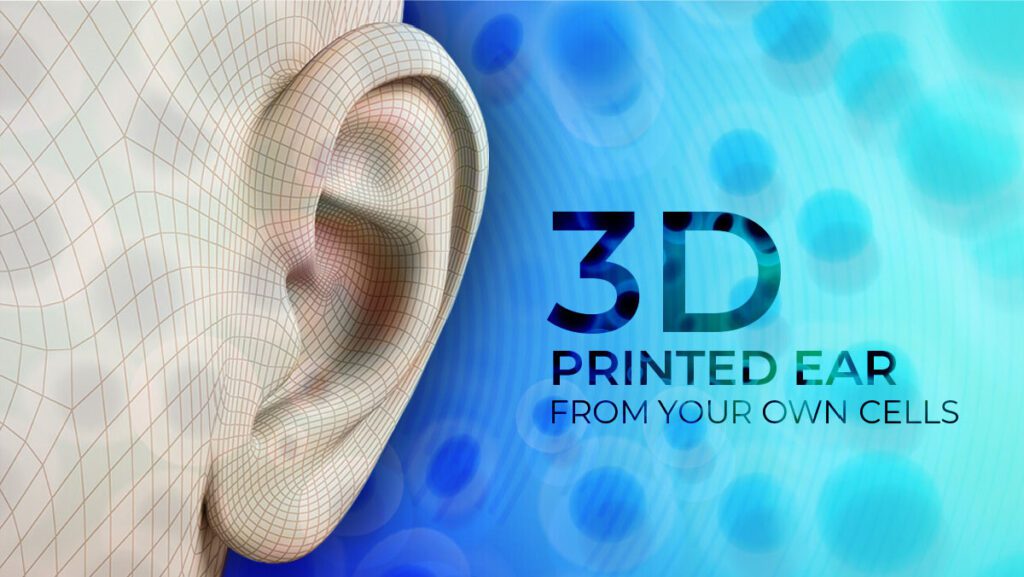 Regenerative medicine business behind the first 3D printed ear implant, 3DBio Therapeutics, said today in a news release that doctors successfully transplanted a 3D-printed ear derived from human cells onto a woman born with a congenital ear malformation. The transplant was part of the technology’s first clinical study, and its success is a significant step forward for tissue engineering.

“If everything goes as planned, this will revolutionize the way this is done,” Arturo Bonilla, team lead surgeon performing the procedure, told The New York Times.

Microtia, a disease in which one or both ears are underdeveloped or absent totally, affects about 1,500 newborns born in the United States each year. The AuriNovo ear, a tailored tissue implant to replace the lost ear in these individuals, is now being tested in a clinical trial with 11 participants.

Patients with microtia typically have rib grafts or synthetic materials used to create their ears. Rather, a biopsy of the patient’s existing ear is taken, and cartilage cells are extracted in this experimental procedure. After that, the cells are grown, and 3D printed into the patient’s ear form. The ear cartilage regenerates over time, and because it is manufactured from the patients’ own cells, it is less likely to be rejected, according to the business.

So far, 2018 has been a big year for transplant technological developments. A pig heart was transplanted into a patient’s heart in January, but sadly the patient died a few months later. The medical world is filled with trials and errors that culminate in a life-saving medical solution down the line. Other research organizations are working on 3D-printed lungs and 3D-printed blood arteries. 3DBio Therapeutics executives told The New York Times that their technique might be used to print additional body parts like as noses and rotator cuffs, as well as complicated organs such as livers and kidneys, in the future.

As ears are not necessarily considered a necessity for survival, unlike kidneys, hearts, or livers, for example, it may be a while before significant advancement is made in this field. But the dye is struck, the first steps taken, and it is no longer a question if it is possible but when a fully functional ear can be made in a lab and transplanted into a patient to give the gift of hearing to those without it.