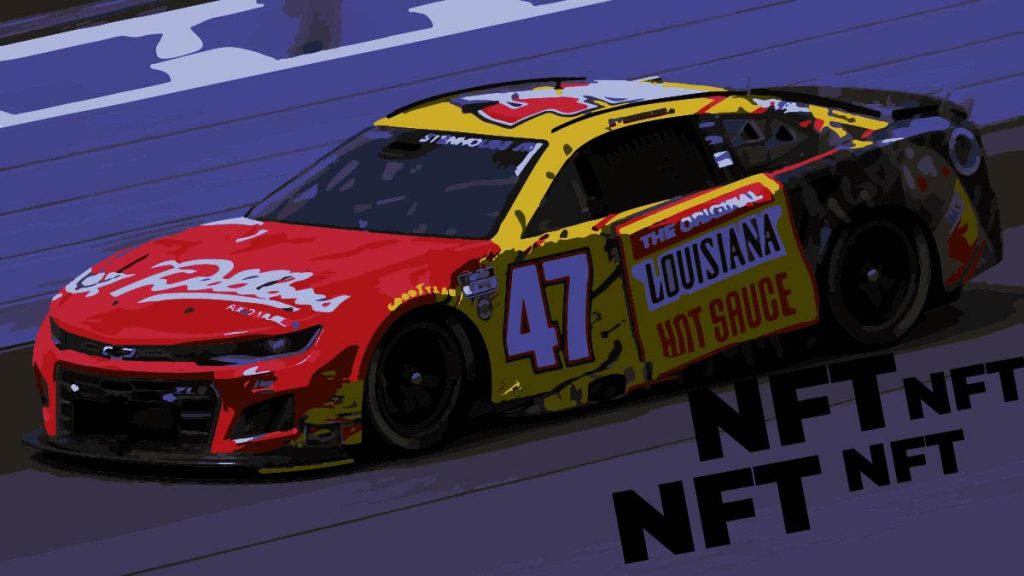 The National Association for Stock Car Auto Racing, LLC (NASCAR), a world-famous auto-racing and operating company, has been buckling down firmly on the Non-Fungible Token (NFT) sphere, launching multiple series of NASCAR NFT collectibles, as well as a NASCAR NFT marketplace of its own, racedaynft.com.

What is NFT in NASCAR if not a souvenir for fans with a few techy twists? It was only a matter of time until car race NFT projects made a surge given the huge fan base.

With the proof of ownership provided by blockchain technology and advancements in digital collectibles, each NASCAR NFT comes with a few cool twists, such as acting as a ticket in its own right or automatically sending a portion of all revenue to a chosen charity. There are around 17 NASCAR NFT series listed on their marketplace, with another six limited-edition releases, of which five are fully sold out.

Original prices for the collectibles range from $5 to $50, but on the NASCAR NFT marketplace, where 908 items are currently listed, the pricing difference expands to mind-numbing proportions. The floor price may be $2, but the highest priced NFT on the marketplace, which was purchased at $2.5 million, is being listed at an unbelievable $1.2 billion. Needless to say, this listing won’t be going anywhere anytime soon.

To commemorate the forthcoming Daytona 500 event, NASCAR has joined together with the WAX blockchain to produce an NFT collection. The debut comes soon after Candy Digital revealed a collaboration with the Race Team Alliance, a grouping of 12 NASCAR teams, to introduce a line inspired by the Daytona 500. The NASCAR NFTs, on the other hand, are free and exclusively open to ticket holders.

There were not many NFT drops. 25,000 Daytona ticket holders received emails from NASCAR with information on how to download a WAX digital wallet and participate in a contest to win a digital asset upon the NASCAR NFT release date. There were only 500 NFTs available in all, and those who received one were entered into a drawing to win one of five signed NASCAR driver helmets.

The most recent NASCAR season had the lowest television viewership ever, with statistics declining from the races held behind closed doors in 2020. According to the Sports Business Journal, NASCAR will lose between $150 and $175 million in 2020 from ticket sales.

The financial health of football and basketball leagues is mostly reliant on TV money, while NASCAR ‘s economic model is considerably more reliant on providing live experiences to fans.

The decision to limit the release of an NFT collection to ticket holders may offer the event a feeling of exclusivity and improve the spectator experience as a reward for supporting the sport.

Additionally, NASCAR could be trying to draw in a younger demographic. The age range of 40 percent of NASCAR fans is 35 to 55. An audience that is younger and more computer knowledgeable may be drawn by the inclusion of the NASCAR NFT collections. 40 percent of NASCAR fans have children under the age of 18, which is another important figure. The digital assets become a keepsake for the ticket holder thanks to the NFT collection that WAX established. It is a simple gift to give kids and can aid NASCAR in attracting a younger audience.

The NFL and certain NBA clubs have used the practice of giving out NFTs to ticket holders.

In the meanwhile, WAX and Topps partnered to develop an NFT product for MLB fans last year. The user interface at the time was a little shaky. Therefore Topps later migrated to the Avalanche blockchain for both MLB and Bundesliga NFTs. Fanatics, the company that owns the sports NFT platform Candy Digital and has a partnership with several NASCAR teams, purchased Topps last month. Several popular games, like Farmers World, are presently hosted on the WAX blockchain.

Candy NFTs and the Larger Trend

Major sports leagues have gotten on the NFT bandwagon and are selling tokens for merchandise, videos, and other things. Dapper has agreements with the NBA, NFL, and UFC. Sorare has been able to get agreements with nearly all of the main soccer teams in Europe as well as LaLiga and Bundesliga, and the trend goes on.

Candy has a contract with the Race Team Alliance (RTA), a group that represents 13 NASCAR Cup teams and their 29 cars. As a result of the arrangement, Candy and the participating teams are able to produce a new line of distinctive NASCAR NFT digital collectibles that will appeal to fans and collectors and honor their passion for racing as well as their favorite drivers and teams.

For a short period of time, a bundle of the 23 NASCAR NFT Candy collectibles may be acquired for $500; after that, the cost doubles. Fans may also purchase a single NFT vehicle for $50 at a set price.

The top three finishing vehicles at the Daytona event will get a special NFT as a prize for participation in the project. Bundle purchasers are guaranteed to win the commemorative collectible, but this function adds a safe gaming-like element that can make watching the race more thrilling for those who can’t spend $500 but still want to own an NFT.

Inside Telecom provides you with an extensive list of content covering all aspects of the tech industry. Keep an eye on our Technology, Blockchain, Metaverse, and NFT sections to stay informed and up-to-date with our daily articles.