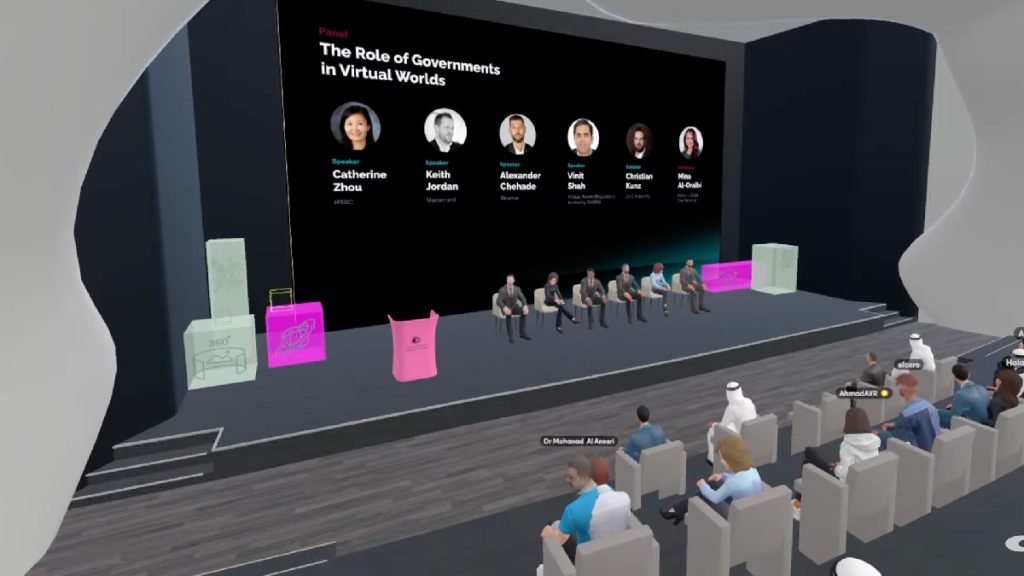 Technology experts, members of the metaverse community, and representatives of significant businesses gathered at the Dubai Metaverse Assembly to examine prospects and strategies for realizing the metaverse’s promise.

Dubai’s metaverse plan, which seeks to boost the Emirate’s economy by $4 billion and add 40,000 employees, was already made public. Since the announcement in July 2022, this was the first event of its kind.

Described as a “quantum transformation” why the opening speaker, HE Khalfan Belhoul, Chief Executive Officer at the Dubai Future Foundation, the metaverse looks to imbed itself in every aspect of Dubai’s future. In this article, we will briefly go over all the key points made during the Dubai Metaverse Assembly.

Held in the Museum of the Future, a grand and stylized construction made to portray the future, the assembly hosted more than 40 organizations and over 300 international specialists are studying, debating, and influencing the metaverse’s future.

The Dubai Metaverse assembly was not only held in person but, as is fitting the theme of the event, in the metaverse itself. A virtual assembly hall completed with virtual avatars and usernames like Steve Jobs and Elcoro whose avatars looked like something out of Cyberpunk 2077 but with more simplistic graphics to give headsets with weaker processing power the ability to process them.

The assembly’s agenda was divided into three main segments based on Dubai’s vision for the future of humanity:

Trade flow Enablement Through the Metaverse

Sultan Ahmed bin Suleyman, group chairman, and chief executive of DP World took the stage and spoke about the enablement of people and operations using metaverse technologies such as Augmented Reality (AR) goggles.

He said that we have only begun to scratch the surface of what the Metaverse has to offer in terms of trade flow and supply chains. Logistical efficiency, and terminal operations. Someone in the United Arab Emirates (UAE) could, as an example, guide a terminal located in the Philippines from afar as if they were with them and for maximum operational efficiency.

Furthermore, jobs such as crane operation could one day be done completely remotely, further ensuring the safety of maintenance workers.

Damac Properties’ Ali Sajwani explained how his company’s creation of digital twins for their real-estate developments allowed users to visit the plots and brows the layouts and finished what they liked the most without visiting the physical space.

According to Sajwani, virtual meetings alone were not sufficient enough for showcasing services and release, so a more enhanced experience was needed in this case.

It was mentioned during the talk that young people do not mesh well with traditional corporate structures. Components of the metaverse would go a long way in helping them reach their full potential as younger people who have practically grown up in virtual spaces enter the workforce in greater numbers.

Governments are even looking to build embassies in the metaverse according to Decentraland’s Samuel Hamilton.

For over 4,000 years, Dubai has been the center of trade and culture. It keeps making hits that are above its expectations.

The Emirates is the largest international airline that has revolutionized air travel. Every item ordered interacts with DP World and Dubai’s influence extends beyond its physical boundaries.

Olama said that since the Emirates is unable to geographically enlarge the nation, the metaverse can allow the nation to further promote its culture and products and improve Dubai’s experience virtually.

The Minister of State for Artificial Intelligence, Digital Economy, and Remote Work Applications of the UAE believes that the rise of the metaverse would eventually force nations to evaluate the metaverse’s impact on their economy using a new yardstick.

Omar Al Olama said at the Dubai Metaverse Assembly on Wednesday said that the new metric would be called “gross metaverse product” and that this element, which is based on the virtual world of emerging technology, is poised to be a significant contributor to an economy given the massive economic value the metaverse can potentially bring.

Tourism, education, retail, real estate, and the public sector are among the industries to which the metric would be applied, said Mr. Al Olama, without going into further detail.

According to consulting firm PwC, the economic potential of the metaverse is between $8 trillion and $13 trillion, depending greatly on how much capital businesses are prepared to commit to the new technology.

From Sea Port to Airport to ‘Brain Port’

According to UAE authorities speaking at the Dubai Metaverse Assembly, it is the role of governments to take the lead in establishing the metaverse, and nations that provide the necessary infrastructure and legal framework will lead the transition.

Industry experts at the event predicted that an increase in investments in the metaverse would make the technology more affordable, remove entry barriers, and create a space where anybody could engage.

Approximately $500 billion might be spent on the metaverse by 2030, claims a recent study.

The Blue Shift Report by Arthur D. Little offers a conservative, low-end prediction that pegs the present market for the metaverse at $50 billion, excluding infrastructure and enabling technologies.

It stated that these figures were derived via ADL research and were based on current, reliable estimates for the software and hardware markets for AR, VR, and MR in a variety of consumer, business, and industrial categories.

Clearly, Dubai is betting big on the Metaverse. With the collective innovation and determination of the UAE fueled by the ambitions of its business owners large and small, the country will see itself at the forefront of the third generation of the internet.