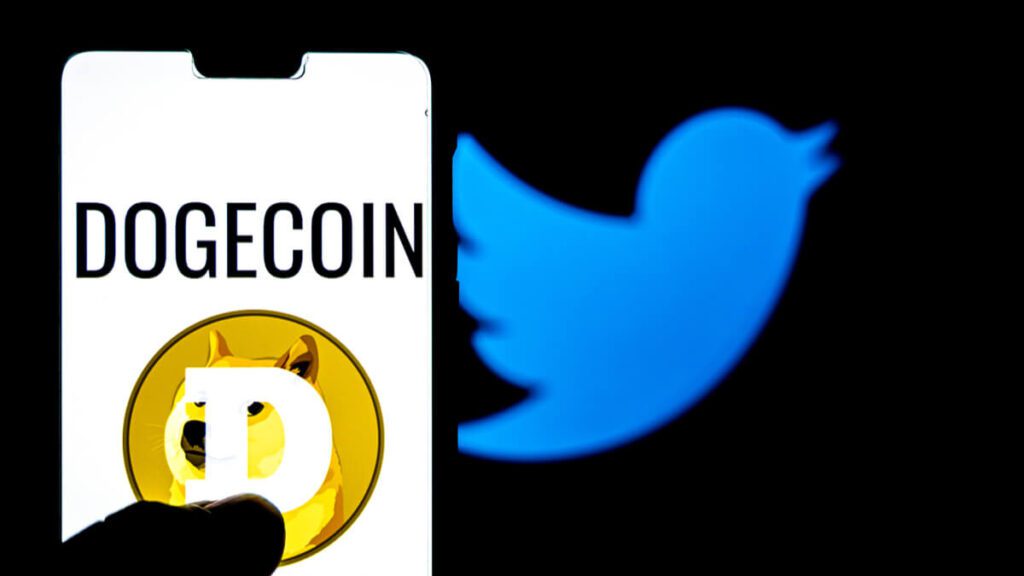 At this point, the idea of Elon Musk easily playing with the crypto market through social media is reoccurring, as the Tesla Chief strikes once again with another tweet that swung the market in the favor of Dogecoin.

Leave it to the “Dogefather” himself to lift the meme-coin from its slump. After witnessing a steady decrease of 20 cents on Thursday, the cryptocurrency that started as a joke now stands over 22 cents.

It all started when YouTuber and Dogecoin investor Matt Wallace suggested on Twitter that future updates would “position Doge perfectly to become one of the most used currencies in the world.”

The multi-billionaire also added his own point of view on Dogecoin’s blockchain transaction system, which he notes is particularly different in comparison to Bitcoin and Ethereum. “There is merit (in my opinion) to Doge maximizing base layer transaction rate and minimizing transaction cost with exchanges acting as the de facto secondary layer,” Musk wrote in the same tweet.

If we go back in time, Dodgecoin rose to nearly 74 cents in May. Even though the cryptocurrency lost some of its value since then, the meme-coin is officially in the spotlight again.

Meanwhile, the digital currency that originated for the purpose of stripping governments around the world from the ability to control and monitor traditional currencies has officially put president of El Salvador Nayib Bukele into hot water.

Only last month, Congress showed enthusiasm in the 39-year-old president’s proposal in placing Bitcoin as a national currency. For the first time ever, lawmakers approved the legislation, which provided Bitcoin official currency status in the country alongside the U.S. dollar.

However, according to a poll released on Thursdayby Disruptiva, an affiliate to Francisco Gavidia University, most Salvadorans are questioning their president’s move in adopting Bitcoin as a parallel legal tender.

Across the Central American nation, 1,233 Salvadorans were reached out to in order to get their opinion on Bukele’s unique choices. The results of the survey show that around 54 percent of the participants do not agree with the government’s adoption, while 24 percent believe that it’s somewhat correct.

To make matters worse, less than 20 percent fully agree with the young president’s cryptocurrency move. 46 percent admitted to knowing “nothing” about Bitcoin, while almost 65 percent stated they would not be open to the concept of being paid through cryptocurrency.

The survey, which was conducted between July 1 to July 4, has a margin error of only 2.8 percent, according to Reuters.

Yet, Salvadorans should get accustomed to the world of Bitcoin, as experts believe the digital currency is edging closer to becoming the future of business transactions and profit-making. Before we all know it, most of our payments, subscriptions, and investments will involve cryptocurrency one way or another.