EU puts digital tax plan on hold amid US pressure 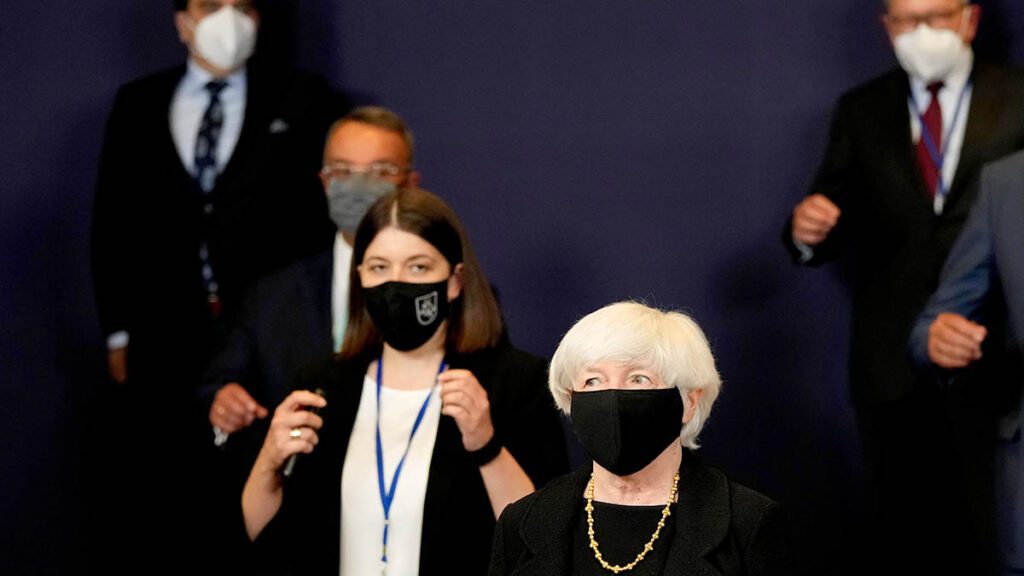 The EU agreed on Monday to put its digital tax plan on hold, after finance chiefs from the Group of 20 leading economies supported an overhaul of the rules for taxing international companies.

Prior this declaration, the EU faced intense U.S. pressure to postpone any announcement until a deal among the G-20 can advance.

The announcement coincided with a visit to Brussels by U.S. Treasury Secretary Janet Yellen, who urged all 27 EU countries to join the global deal.

“We need to put an end to corporations shifting capital income to low-tax jurisdictions, and to accounting gimmicks that allow them to avoid paying their fair share,” she said.

European officials had already indicated they would aim to ensure the EU’s digital levy wouldn’t undermine work on the global corporate minimum tax, indicating they would propose a low tax rate and structure it in a way to avoid discriminating against U.S. companies.

Several EU members, including France, Austria, Italy, and Spain have imposed their own digital services taxes, but some have agreed to withdraw them if the G-20 deal is implemented. In its turn, the U.S. imposed but suspended tariffs on imports from those countries, pending a final agreement.

However, three EU countries — Ireland, Hungary, and Estonia — have so far refused to sign up to the draft agreement.

As Ireland has succeeded in attracting several major U.S. firms to its shores, such as Google and Apple.

Ireland’s Deputy Prime Minister Leo Varadkar said his country’s 12.5 percent corporate tax rate had “worked for Ireland” and said the reform plan was about “big countries trying to get a bigger share of the pie.”

“We’ve taken about $11.86 billion a year in corporation profit tax, double what the average European country does per head,” he said.

“It’s one of those examples of where low taxes result in higher revenues, in a world where wealth capital, labor, corporations are very mobile.”

So far, 132 countries have signed up to the framework, but it needs approval from those countries’ parliaments – including the U.S. Congress, where Republicans may try to block it.