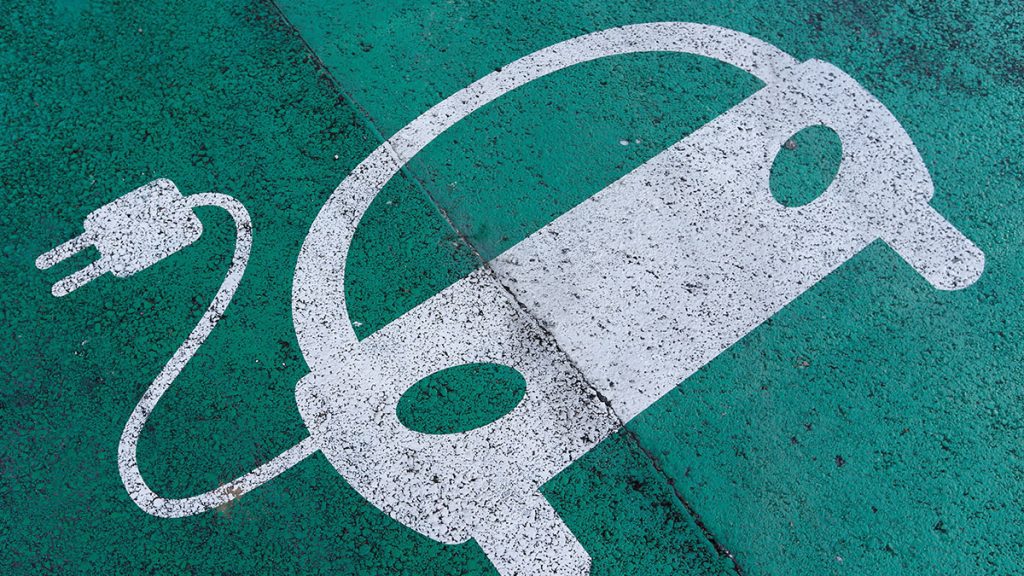 Today’s EVs run on lithium ion batteries — mostly made with lithium, cobalt, manganese and high-grade nickel, whose prices have soared. Western producers are struggling to catch up with their Asian rivals, and carmakers expect supply bottlenecks to hit car production around the middle of the decade.

The EVs of the future — those arriving after 2025 — could shift to sodium ion or lithium sulfur battery cells that could be up to two-thirds cheaper than today’s lithium ion cells.

But their promise hinges on potential breakthroughs in electrochemistry by such startups as Berlin-based Theion and UK-based Faradion, as well as Lyten in the United States.

Still, more than a dozen start-ups have attracted millions of dollars in investment, as well as government grants, to develop new kinds of batteries.

For now, China dominates battery production, including the mining and refining of raw materials.

“We’re still dependent on a material supply chain from China,” said James Quinn, chief executive of British sodium ion battery startup Faradion, which received more than $1 million in government grants from Innovate UK before it was bought by Indian conglomerate Reliance last year for $117 million. “If you look at the global geopolitical implications of that, it’s a challenge for energy security, economic security and national security.”

The single most expensive element of an EV battery is the cathode, which accounts for up to a third of the cost of a battery cell.

Most EV batteries today use one of two types of cathodes: Nickel cobalt manganese (NCM) or lithium iron phosphate (LFP). NCM cathodes are capable of storing more energy, but use costly materials (nickel, cobalt). LFP cathodes typically don’t hold as much energy, but they are safer and tend to be less expensive because they use materials that are more abundant.

The cost of key cathode materials such as nickel and cobalt has skyrocketed over the past two years.

That’s why so many companies are hoping to substitute cheaper, more abundant materials such as sodium and sulfur, if their technical limitations can be overcome.

“The introduction cost for lithium sulfur is likely to be higher — even though it has the potential to be the lowest cost — making consumer electronics the initial application,” Patil said.

Jeff Pratt, managing director of the UK Battery Industrialisation Centre – a state-funded 130 million pound ($153 million) factory that rents out its production lines to startups to test battery chemistries – said he is trying to fit a sodium ion startup’s cells into a packed production schedule because it is “strategically important” to Britain’s hopes of being at the forefront of developing new, better batteries.

By using ubiquitous cathode materials — sulfur is widely used in fertilizer, so is cheap like salt — these startups claim battery costs could be slashed by up to two thirds, potentially making EVs affordable beyond the middle class.

“If we can hit the targets we’ve identified with some of the world’s largest automakers, then we’re off to the races,” Conamix CEO Charlotte Hamilton said.

The battery startups say they are talking to major automakers, some of whom are actively testing new batteries that could be on the road in mass-market EVs before the end of the decade. The car companies are keen to keep their options open.

“Over time, more (battery) chemistries will come out,” said Linda Zhang, chief engineer on Ford’s F150 Lightning electric pickup truck. “It would be silly not to take advantage of those chemistries.”

Battery developers hope they can add sodium ion and lithium sulfur batteries to the range open to the auto industry.

Duncan Williams, managing director of advisory Nomura Greentech, said recent discoveries are closing the gap on issues like energy density and cycle life, “so we would expect to see both of these alternatives taking market share in the future.”

Michigan-based Amandarry is already producing sodium ion cells at its plant in Haining, China, so those cells won’t qualify for incentives under the U.S. Inflation Reduction Act.

The company say it will also build a plant in North America.

Aside from a cost advantage, Chen says Amandarry’s batteries can charge really fast — 80 percent in 15 minutes.

AMTE Power CEO Kevin Brundish said the company is initially launching with batteries for stationary energy storage systems, such as those used by grid operators, where energy density is less important.

Faradion’s Quinn said the company’s batteries are also already competitive with LFP cells and it has formed a joint venture for energy storage with agribusiness giant ICM Australia.

He said Faradion has had discussions with “most every major automotive company.”

“Within the next three to five years, you’ll see (our batteries) on the road.”

Sulfur is a “wicked hard chemistry” to make work in batteries, says Celina Mikolajczak, chief battery technical officer at California-based startup Lyten, which has attracted $47.5 million from investors, according to investment website PitchBook.

Ulrich Ehmes, CEO of Theion — ancient Greek for sulfur — says the problem with sulfur is that it is so corrosive that it kills a battery after 30 charges.

But he said the Berlin-based company, which is backed by a handful of angel and private investors, has developed a way to treat and coat a lithium sulfur electrode that should make it last an EV’s lifetime.

Theion expects to begin supplying batteries later this year to power pumps in commercial rockets during launch. Ehmes said the company plans to begin sending test cells to vehicle manufacturers in 2024, with the first production EV applications expected around 2027.

“It’s cheap, it’s high energy density so it seems to be a no-brainer,” Ehmes said.

Tony Harper, director of the Faraday Battery Challenge, the British government’s program that invests in fostering new battery technologies, said the automotive industry is increasingly worried about supplies of lithium, cobalt, manganese and nickel, so new chemistries are vital.

“This will take up the strain of what we thought would be a very, very difficult situation,” Harper said.