Guardians of the Virtual Cosmic: Metaverse VS Multiverse 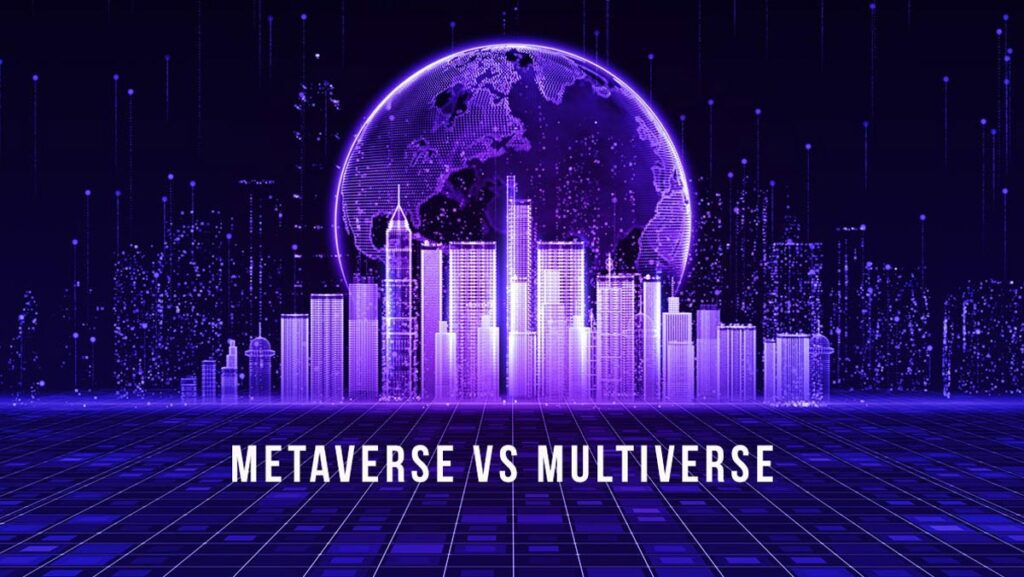 The world as we know it is being altered in the way humanity functions in ways we could not have fathomed ten years ago, and the Covid-19 pandemic played a critical role in altering the path the world is marching on. A new technological wave emerged in the past three years, and various tech companies grabbed the cosmic opportunity to mark their presence in the digital battleground as they embraced and drew the path for digital transformation to take over. Let’s go on a ride, as we try to illuminate on the difference between the Metaverse and Multiverse.

In 2021, Facebook changed its name to Meta Platforms Inc., and with that came the global introduction of a long-forgotten concept, the Metaverse. While the Metaverse is still nothing but a vision, one phenomenon related to this virtual world can already be seen around us, as we, humans, experience it on a personal level, on a daily basis.

As our attachment to our smart devices increases, fueled by the undeniable role social media’s presence played, so did the act of spending most of our waking hours indulging in online-only or virtually detached engagements with a world existing in the palm of our hands. Meta’s platforms delivered the needed tools to feed this detachment from the real world.

It encouraged the notion of inhabiting multiple universes at once. Each social platform, video game, video, and whatnot, placed users in a different, detached, might I say, a universe where their sole focus is invested in that universe and the features it delivers. And from there’s birthed the notion of the multiverse, an ancient contemporary physics concept dating back at least 2,500 years. But, while these concepts are similar in theory, and one might dare to say application, both hold a close correlation to each other, a correlation that might not be too obvious until now.

What is Metaverse Technology?

In today’s technology-driven world, the notion of the Metaverse gained great popularity. It is mainly driven by Meta Inc’s determination to build the fastest supercomputer to bring the world one step closer to employing a mix of virtual reality and different technologies in their daily lives and tasks. So, what is the Metaverse?

Deemed the future of the internet, the Metaverse is relatively an absorbed concept of what the future of the internet would be, with some of the biggest companies, be it tech or non-tech, will have a piece of the cake to indulge in to further augment their presence in the field. The Metaverse is a virtual space that enables interactions between users and digital objects within the universe itself.

The virtuality and actuality of the Metaverse solemnly lie within the capability of enforcing human control during any interaction in cyberspace through digital avatars. It is an inclusive network of real-time rendered 3D worlds and simulations. In simpler terms, this expansively augmented world is a virtual environment where users can indulge in all sorts of activities and meet new people, all within the borders of this virtual universe, outside the real world.

What is the Multiverse Theory?

The endless notion of infinite universes is not a new one but an ancient one, nonetheless. The theory surrounding the existence of endless universes out there, other than the one we exist in, while it may sound acentric to some of us in the modern work, in reality – and this might come as a surprise – is quite old. Ancient, actually.

Stretching back to almost 2,500 years, the Multiverse presents itself as a solution to some critical metaphysical, theological, or even scientific hindrances.

This ancient concept of endless universes was rapidly embraced into the digital space when an opportunity was presented, except there, it is a set of different virtual spaces where users can switch between them to indulge in various activities jumping between the virtual spaces. As the new stage of social media bombarding our lives, placing us in the heart of the multiverse era.

The Multiverse transitioned us into a futuristic transition with a different vision of what the future could be. It exhibits how humanity will play a crucial part in empowering the occupational influence of virtual worlds on our lives and the role video games and social media play in shaping global societies.

Now that we have built a solid infrastructure that allows the distinct framework for both concepts, it is time to create a suitable distinction between the Metaverse and the Multiverse.

While both are virtual universes, one is branched into different fronts within the borders of one virtual ecosystem, and the other provides a more detached ecosystem of virtual worlds.

On the one hand, the Metaverse is nothing but a conceptualization. Insinuating that in the future, it is not unfathomable to have an entirely connected virtual world, incorporating and providing all that the real world can offer. A virtual universe created on the blockchain, where users can switch from one space to another based on their needs.

On the hand, we have the Multiverse. A much more detached digital environment that does not provide its users with the same features as those of the Metaverse and fails to deliver the promise of a unified user experience. This aspect has left the Multiverse confined within gaming, social environments, and virtual work ecosystems.

To understand the distinction between both universes, it is of great importance to be attentive to the number of ecosystems each universe presents, and the integration between them, from a user’s perspective. While the Multiverse presents an infinite volume of detached ecosystems, the Metaverse, presents itself as a digital space, with the utmost freedom to switch between various experiences of all kinds.