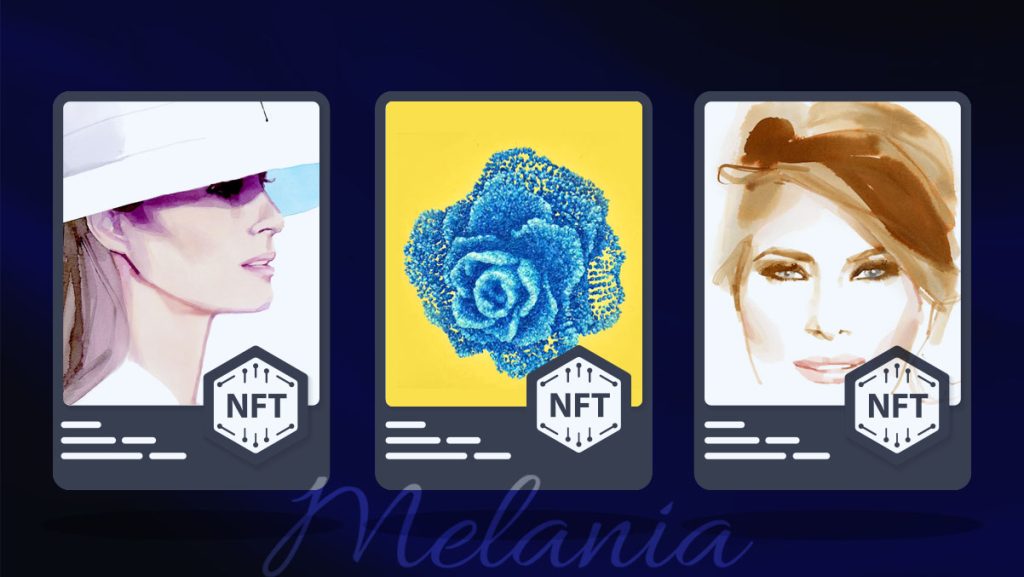 Recently, Melania Trump revealed a unique NFT line. Despite the criticism the former first lady has gotten for entering the NFT industry, despite her lack of technical knowledge, Melania Trumps’ NFT collection is significant in the context of virtual tokens and crypto investment since it brings even more attention to this rapidly growing sector. All publicity, as is sometimes remarked, is positive publicity.

There are going to be 10,000 different NFTs in this new collection. The non-fungible tokens with a patriotic motif will initially cost $50 a piece. However, following their first release, the demand for these NFTs will probably increase, which raises the possibility of a price increase. The NFT sale will start on February 21, Presidents Day.

Melania’s entry into the NFT market has raised concerns about its sincerity and whether it is really a cover for money laundering. According to certain sources, Melania Trump’s first NFT was purchased using money that was connected to the previous first lady. These reports, however, have not been verified. The final result is that investors and other people interested in profiting from these digital works of art should pay notice just because Melania is ready to risk her reputation on a collection of NFTs.

The POTUS NFT Collection, as Melania’s collection is officially known, is special in that it honors the turning points in American history. The NFTs will feature images of the nation’s historical landmarks and icons, such as Mount Rushmore, the White House, and Air Force One, which is used by the President as his own jet. Recently, information on the NFTs was made public in a statement issued by Melania’s public relations advisor.

With their Solana Melania Trump NFT purchase, NFT aficionados will be pleasantly surprised because the photographs for each digital production are not made public until after the transaction is complete. To put it another way, buying one of these special NFTs is a lot like buying a pack of sports playing cards since neither the buyer nor the seller can see the specifics of the artwork or photos they are buying until the sale is complete.

Anyone who doesn’t like the artwork on their NFT is free to make another purchase. There is absolutely no purchasing limit for the Trump NFT collection.

On the surface, the introduction of the Trump NFT collection seems fairly patriotic and commercial, but others claim that there is also a darker, seedier side to these digital artworks than meets the eye. According to recent reporting by Bloomberg journalists, Melania is the unidentified person who made the initial NFT purchase for her collection. If the information in the article is true, money from the project’s owners’ wallet was used to purchase the first NFT.

It should be noted, though, that the inaugural Melania Trump NFT, entitled “Head of State Collection,” sold for $70,000 less than the asking price despite having a starting bid of $250,000. The NFT would have probably sold at or over the ask price if Trump’s camp had supported it, only because doing so would have given rise to a wave of following bidding wars. Additionally, a representative for the former first lady has publicly refuted the idea that the project’s founder contributed in any manner to funding the inaugural NFT, citing how the blockchain protocol is distinguished by openness and transparency.