Published 3 Weeks Ago on Tuesday, Sep 13 2022
By Mohamad Hashisho 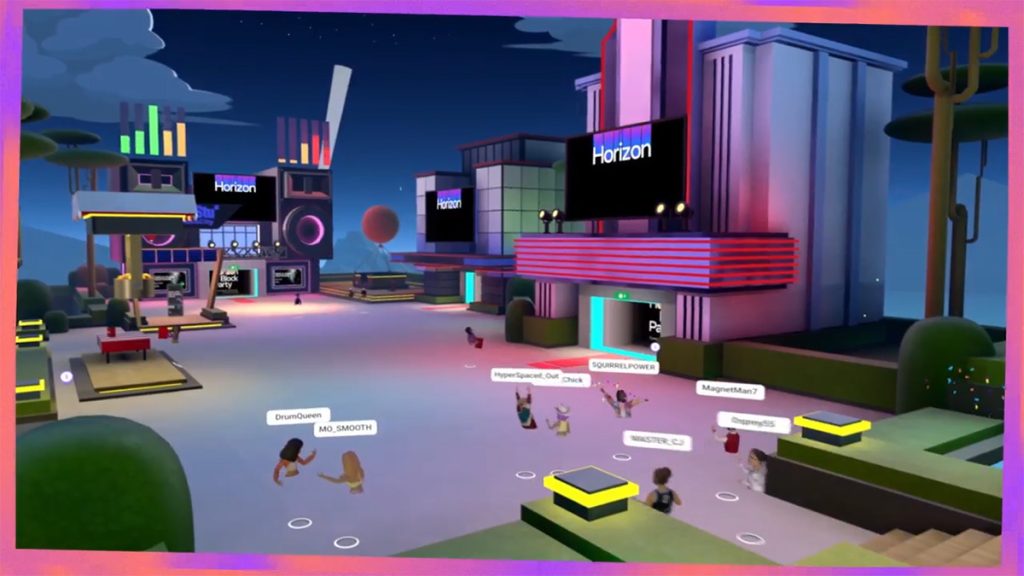 Once known as Facebook, Meta set the metaverse as its primary goal. The promise to once roam the virtual realms and meet up with friends and colleagues to work or have fun was bold. Meta is yet to deliver on that promise. With the Meta Horizon Worlds, people can enter the virtual world and enjoy creating or exploring.

What Is Meta Horizon Worlds

Meta Horizon Worlds is the gateway into virtual reality. A social VR application allows you to wander into interactive virtual worlds full of content and activities. Additionally, you can build your content with unique code blocks, sounds, and animation effects to be tools at your disposal.  Facebook launched meta horizon World in august 2020. It remained a beta where you can play around with pre-built creation tools to create your own experiences in VR. The horizon collection of apps has grown to include other platforms and Horizon venues for a concert-like experience. Horizon workrooms offer you a virtual workspace for collaborations. This feeds into the greater goal of having Meta Horizon Worlds as a VR platform to provide various virtual experiences and gaming aspects since you can play games created by others.

Recently, Meta has expanded its reach by launching in France in Spain. The company CEO, Mark Zuckerberg, wanted to celebrate by posting a cliche picture. It gets better tho. This cliche picture was in the virtual world. A virtual avatar of mark stood before a rendered Eiffel tower taking a selfie. The graphics were outdated, if you want to be generous. The world didn’t hold back criticism, especially after somehow inflated user numbers like 300000 started circling. With such outdated graphics, people were skeptical.

Zuckerberg rushed to defend Meta’s horizon Worlds, saying it is capable of way more, claiming Zuckerberg took the picture hastily to celebrate the milestone and the launch. He even shared a photo of an improved avatar and a roman ruin, most probably to attract gamers by flexing the rendering muscles of Horizon Worlds. This answer will make the people wait to see what the future holds for Meta Horizon Worlds. Given the 10 billion dollars Meta has sunk into this project, people have expected way more, and they were quick to ridicule the results. What we saw was not reflective of such a budget, and Meta has a lot of work to erase the image people saw.

The Future of Meta Horizon Worlds

What the future hold is mainly monetization. Meta is hoping to monetize many aspects of the virtual world in hopes of making a profit after its recent losses. They are testing new tools to allow future creators to sell virtual products and activities in Meta Horizon Worlds. Meta will also introduce bonuses for achieving specific goals as the most time users spend on creation, for example. Meta will take a 17.5 percent cut from creators selling digital goods on Horizon Worlds. These steps come in place in hopes for future growth after drops in users after giants following recent events.

Additionally, meta is planning to bring horizon worlds to web browsers. Proper advertisement on various meta apps like Facebook and Instagram will surely attract people to try it out. The fact that you need a virtual headset to access horizon worlds has always pushed some people away. The same experience in 2D might attract users who are looking for a more straightforward approach and are not willing to commit to buying a VR headset. It might also make it easier for organizations to implement its use for work purposes and meetings. It can bridge the gaps without the need to impose a VR headset purchase.

Finally, Meta is working on an enterprise headset dubbed project Cambia. Meta hopes that the appeal of working in a high-resolution virtual world will encourage users to try it out. An enterprise headset hoping to replace work laptops can be a huge gamble, but meta is already too invested. With an approach to accommodate people who like their laptops more than VR and another method for people ready to replace their computer with a wholly integrated VR headset, meta is hoping to meet users on the grounds they prefer most.

Meta’s plans seem to be heavily virtual reality inclusive. The final word on this approach is yet to be out. The world is still getting to know virtual reality, and meta might be rushing users towards another step they might not be ready for. With the current state of gaming, young users are accustomed to high-end graphics and performance. To capture their attention, you have to offer an experience that will encourage them to put their VR games down to explore a whole world.