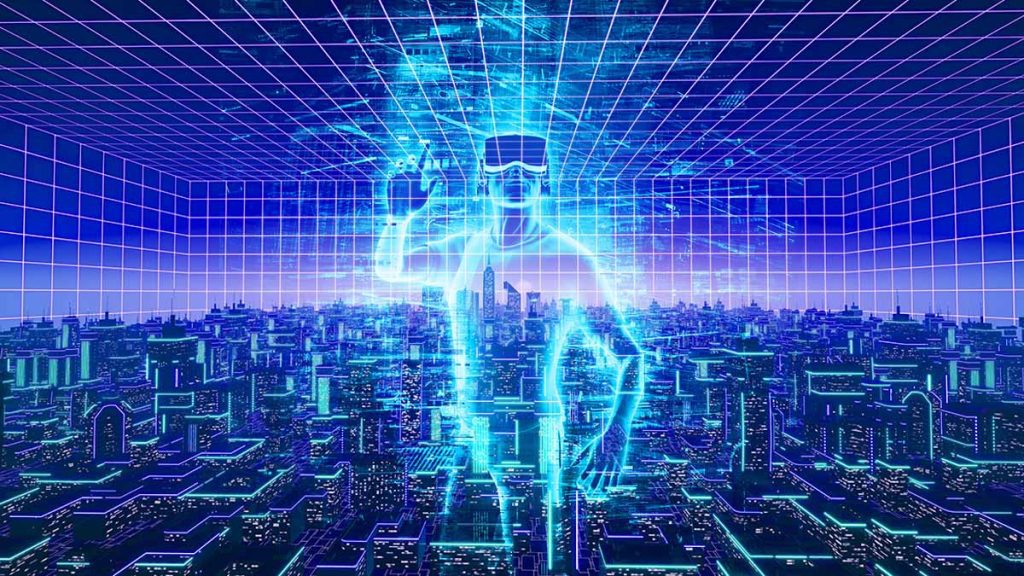 Unless you have been under a rock for the last couple of years, you have most likely heard how the metaverse will bring about a new era of digital connectedness, virtual reality (VR) experiences, and e-commerce. With all that technology in mind, do you need VR for Metaverse access or to take part in the connectivity revolution?

Of course, as always, to answer that question we will need to define exactly what the Metaverse is. The definition we’ll stick with for the sake of consistency is as follows:

The Metaverse is an immersive, interactive next-generation internet referred to as web 3.0, often, but not always, rendered by virtual reality (VR) or augmented reality (AR) technology.

The problem with VR

Before the metaverse is widely and universally adopted, there are obstacles to be overcome,  and the “virtual” aspect is a significant one.

Virtual reality headsets are expensive, cumbersome things, it would be impractical for large corporations who wish to bring the Metaverse to life to rely on such technology to deliver their experiences and products.

Although VR is regarded as a vital component of the metaverse formula, wearing a VR headset is not (and should never be) a requirement for entry into the metaverse. Anyone with a computer or smartphone may theoretically access a metaverse experience. Given that virtual reality is still struggling to find a foothold with customers, providing widespread accessibility is essential to make the metaverse function.

In a short time, the VR sector has experienced notable breakthroughs. A few years ago, consumers who were interested in home VR had to pick between pricey, tethered computer-based systems and cheap, but incredibly constrained smartphone-based headsets.

The Quest line from Meta, which has swiftly risen to the top of the home VR market, is one example of the economical, extremely high-quality, portable wireless headsets that have just entered the market. The gadget costs less than most video gaming consoles, has amazing graphics, and a bigger content library than ever. Why then do so few people use VR?

On the one hand, the market for VR headsets has been expanding globally, and 2021 proved to be a successful year for headset producers thanks to their strongest sales since the rush of high-profile VR gadget launches in 2016. However, they only managed to sell about 11 million gadgets globally.

Since just 28% of individuals who own VR headsets are thought to utilize them every day, it can be difficult to even get people to use their gadgets. Numerous tech experts have noted that the long-promised mainstream VR revolution has generally fallen short of expectations.

Corporations Race for the Metaverse

The metaverse is defined by new immersive technologies that drive the future of connectivity and digital human interaction and experience.

Tech corporations are placing a lot of money on it. For example, Microsoft recently purchased Activision Blizzard for a whopping $68.7 billion, reflecting the company’s goal to strengthen its position in the interactive entertainment market.

The parent business of Facebook had previously changed its name to Meta, which was a crucial component of founder Mark Zuckerberg’s lofty plans to reinvent their brand as a sort of metaverse company that wishes to pioneer the future of connectivity and digital connectedness.

However, non-tech companies are also scrambling to get in on the first floor, with Nike registering new trademarks to sell virtual Air Jordans and Walmart getting ready to use its own cryptocurrency and non-fungible tokens to sell virtual goods online (NFTs).

Clearly the metaverse, in whatever capacity it might manifest, seems to be a big deal for many.

While we are still in the infancy stage of Metaverse VR entertainment, there are some great VR experiences already on the market. The below mentioned games were chosen not only because they are based on VR technology, but because of the social aspects central to their nature.

The idea of the Metaverse has lately received a lot of attention from Meta (formerly Facebook). As a result, using the company’s own app represents a significant admission into the Metaverse. The software, called “Horizon Worlds,” allows Meta members to socialize and have fun together. Within this app, users may visit various locales, connect with others, and even play challenging activities like interactive puzzles.

Horizon Worlds also gives people the option to make their own worlds and have fun in them. With the help of the software Horizon Worlds, you may engage in some light gaming while interacting with a large number of other users as your avatar. Get Horizon Worlds for your Quest 2 and start playing if you’re searching for a Metaverse game similar to the one mentioned.

VRChat is a good alternative if you like Horizon Worlds but it’s unavailable in your country. This open-source Metaverse game first became available in 2014. Since that time, it has gradually spread over a variety of platforms, including the Oculus Quest 2. This Metaverse game allows players to build their own 3D avatars and communicate with other players in a variety of realms based in the VRChat reality. In VRChat, avatars may be as funny as you like and can include a variety of pop culture and anime characters.

While VRChat’s gameplay is comparable to that of Horizon Worlds, given that it has been around for a while, it now offers greater variation. In VRChat, there are various worlds available for players to explore, all of which are stunningly diverse. These primarily user-generated worlds are only constrained by the creativity of their creators. Additionally, the VRChat avatars nearly fully support motion, allowing the user’s emotions to be displayed on their character. Many persons trying to enter the Metaverse have regularly played VRChat.

Another community-based Metaverse game with lots of variation is Rec Room. Players can put on an avatar and play as a Rec Roomer, much as in previous Metaverse games. Gamers congregate in the fully virtual environment of Rec Room to interact and socialize. Rec Room adds even more gamification to the genre while including some features of VRChat. Rec Roomers may play a huge variety of games that can be made by the entire community in addition to simply hanging out with one another.

There are millions of player-made rooms in the game, and you may add more if you like. Your avatar may be changed to further reflect your personality, much like in VRChat. Rec Room’s ability to be played on virtually any platform is, perhaps, its biggest feature. As a result, you can download Rec Room and play with any player on any platform, whether you’re using a mobile device, a PC, or even a VR headset.

While VR technology is a central part of the future of immersive experience that entertainment that defines the future of metaverse interaction, it does not make a Metaverse by itself. VR is simply one avenue though which people can experience the metaverse, albeit the most exciting one for many.