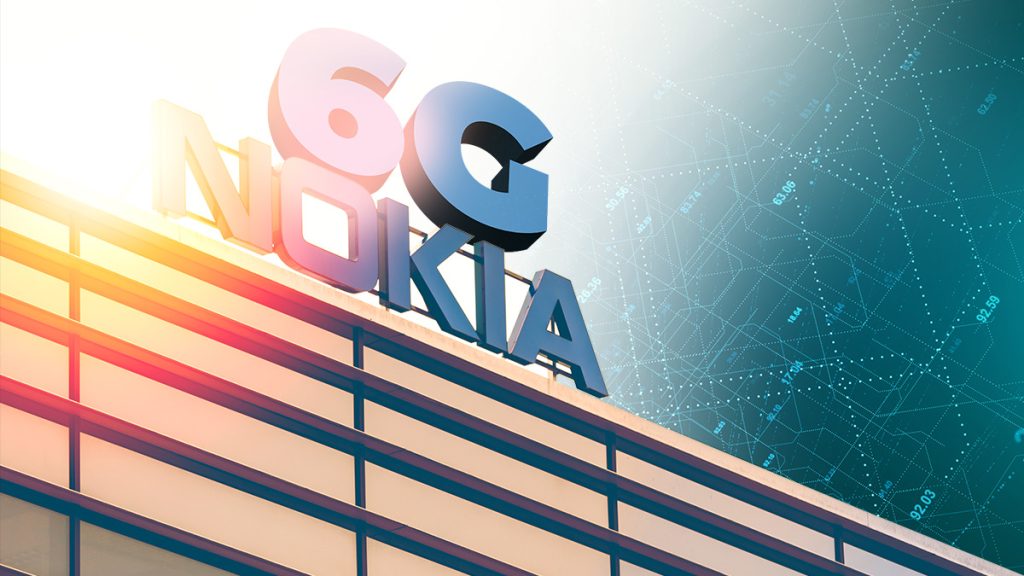 The world has just started to see 5G roll out, but Nokia is looking further ahead towards 6G. Nokia is leading multiple plans toward a 6G ready world by 2030. The Finnish giants are collaborating and fortifying their teachings on various fronts. The Nokia 6G  is starting today. Let us take a look at Nokia 6G’s contribution and its plans for 2030.

Paving the Way to 6G

Nokia is anticipating the global launch of 6G commercially by 2030. Phase one will likely begin in 2025, leading to the first 6G release by 2028. Then finally, commercial deployment by 2030. The steppingstone for 6G will be 5G-Advanced, an optimized enhancement for 5G. It will improve user experience, boost efficiency, and extend the capabilities of the base 5G.

Additionally, the hopes are that in 2025, 5G-Advanced will be the driving force for private and public networks. It might also require a re-invention of the network’s architecture and design. 6G will be the meeting point of many unique technologies that will redefine the future of communication. Nokia is leading the way towards a future with 6G available for the public, not only via phones.

The future for Nokia lies with 6G in its core. The Finnish mogul is spearheading loads of projects globally to ensure commercial use for the network by 2030. The 6G-ANNA plan will be led by Nokia in the hopes of putting the expertise of the Finnish giants in full use. Here is an overview of the plans and Nokia’s role.

Europe wants to ensure it is the focal point of the 6G future, and it is aiming to remain so. Over 19 German research institutes collab with Ericsson, Airbus, Bosch, Siemens, and Vodafone to ensure the fulfillment of such a vision. Nokia will lead the initiative dubbed 6G-ANNA, which aims to design an end-to-end aspect for the 6G future. The project is still developing, and Nokia hopes to deliver on it by 2030.

Nokia’s leadership will reflect on the project’s innovation. Nokia was once the leading phone company in the world, and it remains a giant in Europe. Nokia’s vast experience in developing multi-generation products and plans will bring the group much-needed maturity and efficiency. The vendor’s presence as the leader of 6G-ANNA will catalyze the process towards a 6G future.

Additionally, the company will bring on prominent names from the industry. The Nokia name still holds enough weight to get global research institutions on board, and it might still be able to ease access to the U.S. market.

From another aspect, Nokia is heading the Hexa-X project as well in its announcement as the leader of the European project to lead the 6G initiative. The program started a while ago, and it is still going. Nokia’s diverse projects serve as proof that the future for Nokia is all about 6G.

Is It Too Early to Think About 6G?

Not really. More than 500 billion intelligent machines will be connected to the internet by 2030. A considerable number will be needed for us to widen our horizons of telecommunications. 5G is just getting started, but we need to prepare for a 6G connection that can handle the scope of demand that will increase in the upcoming years. With the world adapting to giant leaps in technology, the next generation of communication will need to arrive sooner than later to accommodate this hasty digital transition. Demand for 6G is set to be high in the upcoming year, and it will reach its peak by 2030, and the world should be ready.

Creating a robust foundation is critical for a better outcome. It is not enough to hope and aim for high goals. We need to put in the hours and work hard so that when the demand for 6G arises, telecos worldwide will be ready to deliver.

Finally, even if the whole world believes it is too soon for 6G, Nokia doesn’t. Nokia will keep pushing for a 2030 6G world, which they think won’t only be needed on smartphones. The need for 6G will be far greater than simply better connections.

The future for Nokia is all about preparations. The Finnish company was once not fully prepared for a transition in the phone world, and they seem like they are planning to never fall for it again. Nokia is noticing the future’s need for 6G and planning and leading the way so it can be ready for when that time finally comes. Some might say it’s too soon. They haven’t seen enough of 5G. Globally the world is evolving at a rate 5G won’t be enough. Being ready isn’t about timing. It is a mentality.