Published 2 Months Ago on Wednesday, Aug 17 2022
By Angelo Rahme 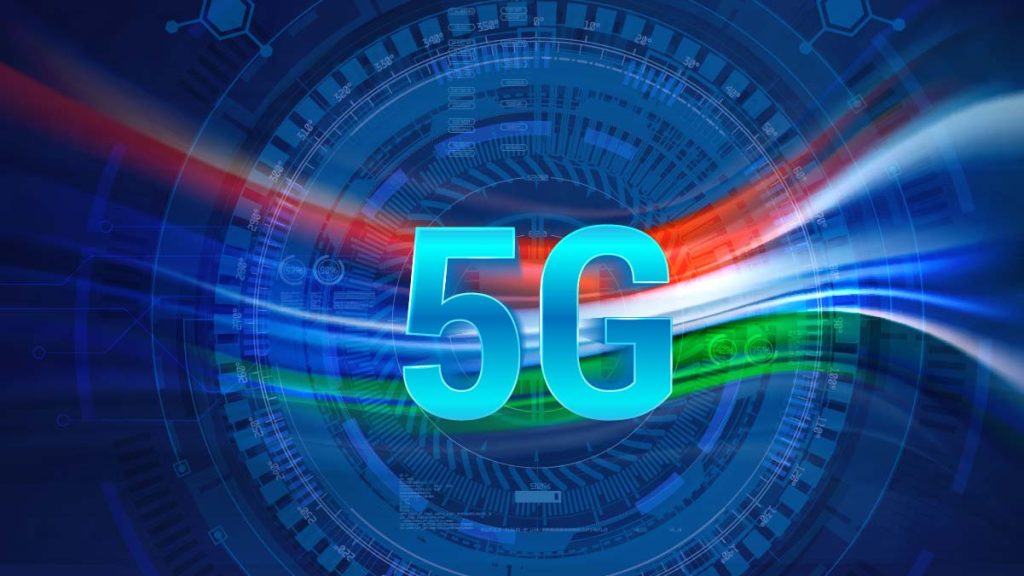 The fifth-generation cellular network technology, or 5G, is intended to enhance network connections by resolving the speed, latency, and utility concerns that both the previous and current generations of mobile networks could not resolve. Data speeds promised by 5G networks are expected to be 100 times faster than those of 4G.

In its vitality, top network providers in India will soon roll out the next-generation cellular network. Let’s examine 5G technology, the highest bids, its prices, and much more.

5G Bidding in India: Who Were the Highest?

Last week, the largest-ever spectrum auction in India came to a close, with bids totaling more than $19 billion (Rs 1.5 lakh crore) coming in over seven days and 40 rounds.

Reliance Jio, India’s top telco player, pulled off a brilliant move when it made the largest acquisition in the 5G spectrum auction in India. It now has more than 50 percent of the shares of the whole auction and 5G spectrum bands in India. For a total of $11 billion (Rs 88,078 crore), Reliance Jio purchased spectrum in the 700MHz, 800MHz, 1800MHz, 3300MHz, and 26GHz bands.

Finally, Adani Data Networks Limited, a subsidiary of the Adani Group and the fourth applicant to the auction, amid a storm of disruptions in the telecom industry, paid Rs 212 crore and only won spectrum in the 26 GHz band.

On August 1, 2022, the Indian 5G spectrum auction closed. The Ministry of Telecom predicted that when the auction was over, the rollouts would likely start in October 2022.

The first phase will see 5G services launched in 13 Indian cities, including Delhi, Gurugram, Bengaluru, Kolkata, Chandigarh, Jamnagar, Ahmedabad, Chennai, Hyderabad, Lucknow, Pune, and Gandhinagar. Rajeev Chandrashekhar, the Union Minister of State for Information Technology, has claimed that India is currently among the top nations and one of the first to deliver indigenous 5G. He said that this 5G equipment has never been used before. Additionally, the 2G, 3G, and 4G networks in the nation were always imported. The availability of the spectrum’s most recent generation 5G network to the public using equipment built in India is a consequentially decisive milestone for the country.

Contrary to common belief, individual customer 5G pricing may be comparable to 4G rates. However, since 5G is faster and better, users will consume more data, resulting in volume-driven growth instead of a tariff-driven increase for ARPUs. But in the coming 12 to 24 months, 5G is anticipated to boost telecoms’ Average Revenue Per Unit (ARPU) by at least $0.63 (Rs. 50) to the $2.83-$3.14 (Rs. 225-250) range. According to telecom minister Ashwini Vaishnaw, even with 5G, the telecom industry will continue to be among the most affordable in the world.

5G Spectrum Sale in India: What it Means?

By October of this year, the Indian government hopes to start rolling out 5G, which it claims can deliver internet rates around ten times faster than 4G. Globally, the next-generation network is regarded as essential for new technologies like artificial intelligence (AI) and self-driving automobiles.

According to telecom minister Vaishnaw, there will be great 5G coverage in India over the next three years, thanks to the improbable spectrum purchase.

The major bidders were very optimistic, stating that they would now be able to set higher standards for innovation and respond to the new needs of clients who deserve the grandest experience. They aim to enhance enterprise solutions and open up new business expansion opportunities.

Reliance Jio, for example, declared its commitment to providing world-class and affordable 5G and 5G-enabled services. They stated that their services, platforms, and products would hasten India’s digital transformation, notably in critical industries like e-Government, healthcare, agriculture, manufacturing, and education. Additionally, they claimed that they could provide speeds around ten times faster than those of 4G, lag-free connectivity, and the ability for billions of connected devices to exchange data in real-time.

In conclusion, 5G would enable solutions like e-health, connected vehicles, more immersive augmented reality and metaverse experiences, life-saving use cases, and advanced mobile cloud gaming, among others. Plus, other than ultra-low latency connections, 5G will allow the download of full-length high-quality videos or movies to a mobile device in a matter of seconds (even in crowded areas).

Times are changing, and we have to adapt. We live in an era where speed is essential for the operation of our daily lives and demands for such speed are increasing. India has become a world leader in the deployment of 5G, which offers the country a myriad of opportunities for growth and expansion.