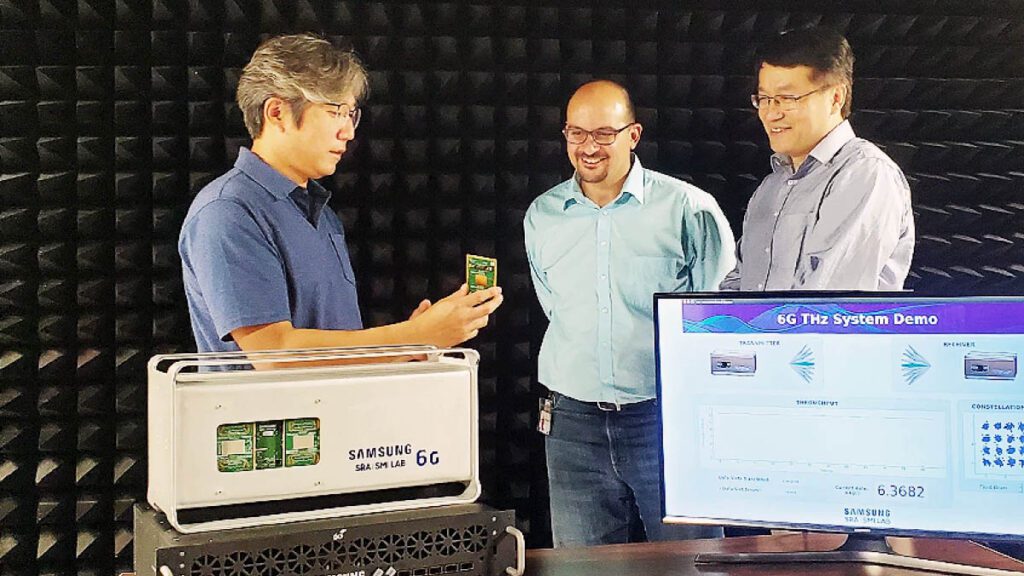 Although it may feel like 5G networks are still in the first phases to becoming mainstream, but the march of technology rarely rests. Samsung Electronics is celebrating a demonstration it did in collaboration with the University of California in Santa Barbara (UCSB): the application of Terahertz (THz) spectrum for 6G wireless communications.

As such, the main advantage of 6G is faster data rates and lower latencies, while the peak data rate is expected to eventually be up to 50 times faster than 5G, pushing it into the range of terabits per second.

Latency, meanwhile, is expected to drop to just one-tenth that of 5G, and together these advances should help the tech transmit much more data-intensive content, such as 8K resolution, VR and holographic video.

The 140 GHz is a “nice band” and a good starting point for this kind of 6G research because it’s far enough from the 5G bands and not as high as the 300 GHz range, according to Charlie Zhang, an IEEE fellow and head of the Standards and Mobility Innovations Team at Samsung Research America.

“The 140 GHz band is a good intermediate stepping stone, he told Fierce,” he added. “We do have a long history of trying to think outside of the box,” Zhang said.

5G communications operate at frequencies up to about 40 GHz, but 6G would push that beyond 100 GHz, tapping into the as-yet-unutilized THz spectrum. The new tech would also give a boost to bandwidth too, which for 5G tops out at around 400 MHz.

“We bring our knowledge of advanced mmWave technologies, in particular the THz spectrum above 100 GHz, focusing on devices and integrated circuits, while Samsung provides its expertise in wireless systems and cellular networks,” Rodwell said in a statement.

For 6G, its still early days, but researchers are talking about a peak data rate of 50 times faster than 5G, as well as further reduced latency. Such improvements will enable hyper-connectivity services and experiences for extended reality (XR) and things like high-fidelity mobile holograms.