Spotify Launches in Roblox, Their First Step into the Metaverse 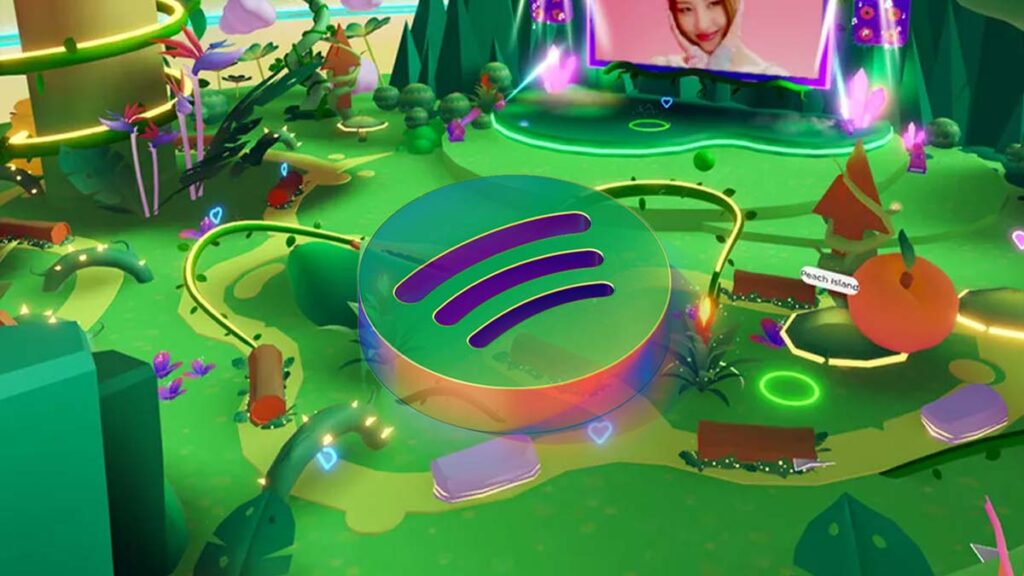 Spotify is developing a virtual presence on Roblox, a popular children’s game site, marking their entry into the Metaverse.

The company claims to be the first music-streaming brand to have a presence on Roblox, cementing its position in the Metaverse, among the younger generation of consumers, gamers, and music lovers.

The launch of ‘Spotify Island’, as the project is called, represents the company’s attempt at “creating a place where fans can link up and create new sounds together, hang out in digital spaces, and gain access to exclusive virtual merch”.

In their official announcement, the company detailed that its intention was to create “an easy opportunity for artists to connect with fans and to partner with Spotify on the creation of in-game virtual merchandise”.

Spotify noted that a portion of all revenues made from Spotify Island would go right back to the creators themselves and that the company is working on expanding these opportunities in the coming months.

Spotify seems to be going down the path of gamification of music itself. Players visiting Spotify Island will be able to “mingle with artists, complete interactive quests, and unlock exclusive content” according to the announcement. Players will also be able to compose music and experiment with sounds at Soundtrap-powered virtual beat-maker stations. Playing these games gives players the chance to win exclusive content by winning rewards such as the “Like” icon, which can be exchanged for merchandise.

Spotify also adds that Roblox players will be able to “portal out” from the main Spotify Island to themed islands that “will come to life throughout the year.”

Exclusive material, artist interactions, and themed “mini-quests” will be available in these themed virtual locales, according to SPOT, “for both superfans and curious explorers.” The first of these experiences on Spotify Island is the K-Pop-themed K-Park, where fans can engage with superstars Stray Kids and SUNMI when it launches later this spring.

In their blog post, Spotify emphasized that this launch “just scratches the surface when it comes to ways users can experience Spotify Island on Roblox,”

This is not the first instance in which Roblox has engaged its player base through music. Artists such as Lil Nas X, 21 Pilots, David Guetta, and 24KGoldn have all given virtual performances in the Roblox space, in addition to other events with Zara Larsson and YouTube star KSI.

No doubt the younger generation identifies with this kind of entertainment much more than their elders, and Spotify is one of the many companies looking to cash in on this much beloved space through gamification and collaboration. This is what the future of the Metaverse looks like.

Spotify has entered the Metaverse with the launch of their new project, Spotify Island in the Roblox video game. Now music fans and gamers can interact with their favorite artists and fellow players, win rewards, and buy merchandise all from the platform they have been using for years.