What is the Nothing Phone? All You Need to Know

Published 1 Month Ago on Thursday, Sep 01 2022
By Mohamad Hashisho 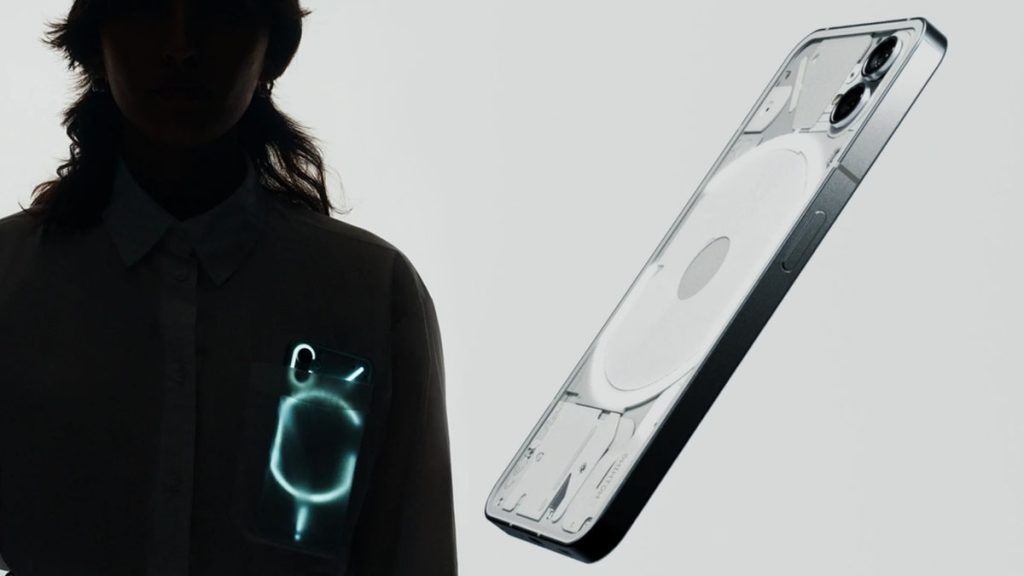 Recently a new name got introduced in the smartphone world. The Nothing phone has garnered some fame among tech enthusiasts. The Nothing phone took the world by storm with its design and introduction to the Glyph on its back. Just in case you didn’t catch the news about this phone, here is an overview of what you need to know.

What Is the Nothing Phone?

The Nothing Phone Specs that Make it Special

The Nothing phone has two main reasons for its fame. While its fame is increasing, users’ infatuation by the phone can be attributed to these two characteristics, making it even more unique.

The nothing phone’s most eye-catching feature is the Glyph. Upon putting the phone face down, the lights on its back will light up and signal you whenever you receive a notification. You can look at it as a more flair substitute to Always-on Display.

Additionally, the Nothing phone offers a variety of ringtones and notification patterns. You can also add to this selection and upload any addition you like. The Glyph automatically syncs with the ringtone, and you can assign a specific glyph pattern to your chosen contact. The Glyph on the back of the phone can also be used when taking pictures. It can make the image look better without the shining aspect of full flash support.

Lastly, it can be something that not everyone will like. Some might think of it as a gimmick or that it makes the phone look like a toy. The best part of the Glyph is that it doesn’t have to disturb you. It is just a bonus feature that you can ignore.

The Man Behind Nothing

Carl Pei, co-founder of One-plus, the beloved brand that shook the smartphone world for a while. Great specs and designs with mid-range prices, but after a while, the brand reputation started to take blows which made Pei choose to leave. Pei then teased the launch of his brand for a while until he unveiled Nothing. Such a renowned name behind an exciting brand is a selling factor. People like to think of him as the better half of one plus, and after starting his brand, a lot of consumers will rush to try his latest inventions. Fans are hoping. Nothing does go the one plus route and let go of what made it beloved in the first place.

Nothing Phone: Upsides and Downsides

The Nothing phone has a fantastic display. The colors are sharp, which is expected with its OLED 1080p display. A smooth 120hz refresh rate and a well-lit screen offer you a tremendous experience, especially considering the excellent viewing angles.

Finally, the Nothing phone offers four years of security updates, a huge selling point in such a price range.

Quickly after its release, consumers voiced the dead pixel issue. This issue comes as a direct result of shipping damage. Some Nothing phone units had hardware issues yet have been shipped as well. Nothing tried to contain the problem and offered to replace the more than adequate unit since it is a hardware issue, furthermore the phone is not waterproof, it is just splash resistant.

Additionally, the Nothing camera can be very underwhelming among other Nothing phone problems. The lighting seems to be a big drawback. Even in well-lit environments, the phone tends to blow out some aspects of the images. Competitors with better camera software didn’t have this issue. Not only that. They offered better-colored pictures and rich contrast. The focus on the Nothing phone can also leave you desiring more, significantly, since some photos will come out faded.

Weirdly the Nothing phone doesn’t have a US presence. It is unavailable in the United States, pushing some consumers away when they factor in the shipping prices they have to pay if they want to get their hands on the Nothing phone.

The reason behind this exclusion remains a mystery, but hopefully, future products won’t have such treatment.

Finally, the Nothing phone is unique. It is created by a beloved name in the smartphone industry, and it has a wow factor: its Glyph lighting system. The phone has its pros and cons, but it offers a straightforward UI, and its price is a mid-range phone which can draw in many users. But the camera’s shortcoming might prove too much for someone looking for a snapping companion.