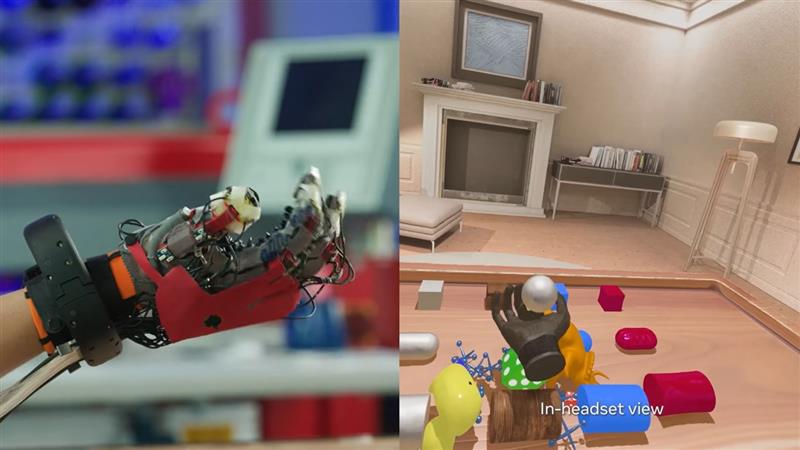 Haptic gloves company “HaptX” is alleging that Meta has emulated its design in its latest uncovering for the Haptic Glove in Wednesday’s reveal, stating it appears “to be substantially identical” to its patents.

“We welcome interest and competition in the field of microfluidic haptics; however, the competition must be fair for the industry to thrive,” Jake Rubin, Founder, and CEO of HaptX, said in a statement.

“While we have not yet heard from Meta, we look forwards to working with them to reach a fair and equitable arrangement that addresses our concerns and enables them to incorporate our innovative technology into their future consumer products,” he added.

Meta’s latest innovation will not reach market distribution for years. However, the company’s virtual reality group, Meta Reality Labs, a division that strictly focuses on VR and AR, is a firm believer in the hypothesis that the neural sense will play a fundamental role in VR/AR systems in the upcoming future.

The robotic-feel-like glove designed with hundreds of actuators (small motors) will deliver real-life physical touch feel to the hand. Created from a refined control system that imitates the feeling of pressure when individuals hold an object.

Now, HaptX is addressing Meta’s latest innovation by saying that it already designed and launched an identical inflation-based system before the Big Tech giant unveiled its haptic glove on Wednesday. The only difference between the two companies’ creations is that the hardware inventor exclusively sells its glove to professional clients and has not been deployed in the market for consumer usage.

If the situation with HaptX unravels to a much more severe level, Meta could be facing serious legal charges for copying a patent. Given that the VR company is accusing the metaverse creator of direct copyright infringement.

While Meta has not addressed these allegations, one aspect of this situation is publicly known. Back in its days, Meta’s predecessor label Facebook has been continuously accused of dishonestly competing with some of the biggest VR names in the industry.

The giant’s imposed unfair competition on its part against VR and AR software developers played a massive role in empowering its stance with the rise of the virtual world.

As for both companies’ position on the latest unraveling, HaptX held back from commenting on what measures should be taken to reach a fair settlement with Meta or if it might consider filing a lawsuit against the giant.

Meta has refused to comment on any aspects related to the matter.