NFT Metaverse Games: An Immersed Experience in the Metaverse 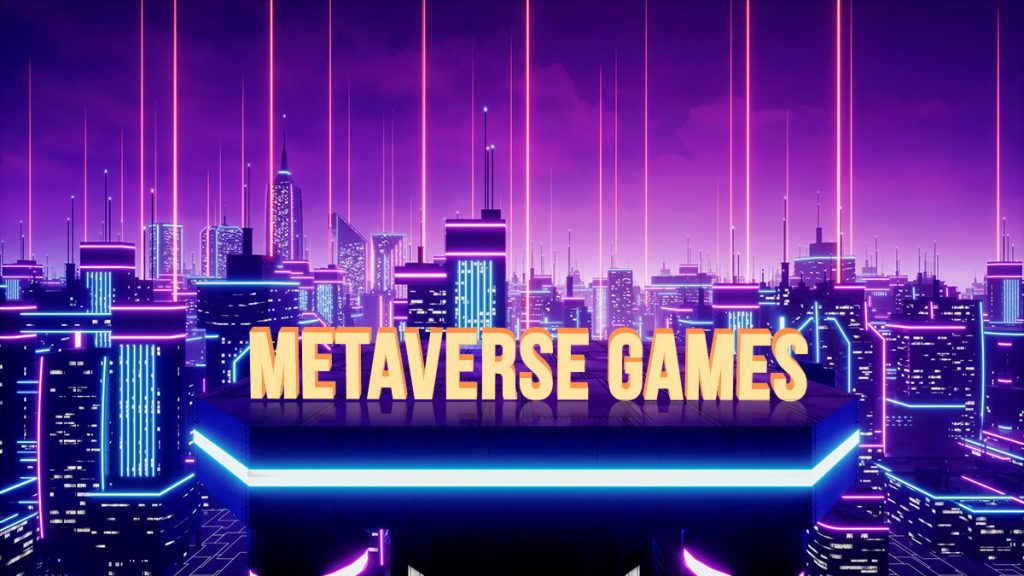 Despite what you might think about the whole NFT space and teenagers becoming millionaires over night by fluke, NFT Metaverse games are some of the best applications for the new Web 3 technologies that emerged in recent years.

NFTs can now be used for a variety of purposes, such as digital identity management and actual metaverse initiatives. In addition, blockchain has brought about positive developments in the gaming sector, particularly with regard to decentralization.

The introduction of decentralized technology, blockchain, and non-fungible tokens in web3 adds a far more disruptive component to the NFT Metaverse gaming scene. The market for cryptocurrency games is expanding quickly and gradually encroaching on a different industry.

Blockchain technology powers Web3 games, which have decentralized governance governed by smart contracts and allow players to amass NFTs, or game-specific assets. With play-to-earn, gamers can receive rewards in the form of NFTs, which can then be traded for cryptocurrencies or fiat money. Axie Infinity was one of the first “play-to-earn” games in the cryptocurrency market to really take off. Players can gather, breed, care for, battle, and trade Axies, which are NFTs in of themselves.

Axie Infinity is a well-known illustration of how web3 is reinventing the video game industry’s business model. Since players are more inclined to buy in-game items if they spend more time playing a game, Web2 games used to gauge their performance based on user engagement.

Web3 play-to-earn games give that time a money incentive. As mankind gets closer to living and working in the metaverse, NFT-based games promise to turn the labor of enjoyment into paid labor. It is transforming the attention economy to an engagement economy.

The introduction of decentralized technology, blockchain, and non-fungible tokens in web3 adds a far more disruptive component to the NFT Metaverse gaming scene. The market for cryptocurrency games is expanding quickly and gradually encroaching on a different industry.

Some even make the claim that they are preparing the workforce of the future. The more players participate in a play-to-earn paradigm, the more money they can make.

Lets take the most famous Metaverse NFT game to date. The fundamental gameplay cycle in Axie Infinity goes as follows:

As a result of this circular economy, players have invented new ways to produce an income within the ecosystem. Namely, renting out powerful Axies that other players can use to get their journey started in exchange for real money or in game tokens.

Axie infinity is by all definitions a Metaverse NFT game, but one box that it does not tick is that of emersion. The best existing example of this would be VRChat, though it does not have any crypto, NFT, or decentralized economic components at this time.

Anotjher example we can take would be Second Life, one of the earliest online metaverses released back in 2003. At its foundation, the experience of joining a metaverse is likely to be quite similar to how players already immerse themselves in Second Life, Roblox, Fortnite, or Minecraft.

Companies are pushing hard to make VR a central part of the metaverse because of its unique seeing points, immersion, interactivity and engagement. VR that allow us to enter metaverse games through a headset and one day even feel them with a haptic suit.

Lets look at some examples NFT Metaverse Games that have the added element of emersion down.

Somium Space is a self-proclaimed “open, social, virtual reality world” with its own currency and economy. A marketplace, social network, and virtual land ownership are also included in the game.

The Somnium Space metaverse, which debuted in 2017, is frequently compared to a better version of Second Life. It is a VR world-building platform that allows for the ownership and trading of autonomous virtual properties.

While using their characters to explore lands created by other users, players can purchase and create unique experiences on their own plots and perhaps turn a prophet while doing so. Similar to Decentraland, Somnium’s land can be used for a variety of purposes, such as gaming, socializing, e-commerce, hosting events, and so forth.

Blocktopia is a decentralized metaverse powered by Polygon that aims to bring together a distinctive VR experience and the play-to-earn business model. It can be compared to a tower that acts as the center of all your cryptocurrency adventures.

You can make money in the Blocktopia metaverse by doing things like playing games, running ads, and purchasing and selling virtual property. In first-person games, the focus is on you and how you see the surrounding virtual environment.

The project’s creators affirm that Blocktopia is much more than just a typical metaverse game. According to the platform, you can interact with this virtual environment in real time.

Free-to-play P2E metaverse game Alien World has a respectable player base. The Trillium token (TLM), the game’s native cryptocurrency, must be used to make minor transactions in order to accomplish objectives and obtain NFTs even though the game is free to play.

The gameplay centers around your exploration of remote alien worlds and the mining of TLM or NFTs that you come across. You will have more resources to find NFTs more quickly as the game goes on and your inventory keeps expanding.

Money to be Made in NFT Metaverse Games

With some intriguing statistics, a recent report from the renowned consulting company McKinsey reiterated that notion. According to the research, the metaverse market might be worth $5 trillion by 2030. By 2030, more than 50% of live events may take place in the metaverse, and “more than 80% of commerce could be impacted by something consumers do there.”  it continued. Here is a link to the complete McKinsey report.

NFTs are a topic that is of interest to everyone in the video game industry. Others, like Mojang, the studio behind the legendary Minecraft, recently decided to ban them from their game, arguing that “NFTs can create models of scarcity and exclusion that conflict with the Guidelines and the spirit of Minecraft.”

The first steps have already been taken by big names in the gaming industry like Ubisoft, which is developing its own proprietary line of NFTs for use in its game franchises.

The NFT Metaverse games economic models offers lucrative promise. NFTs can be offered to players in the same manner that other downloadable packs can: as a good purchased from a store, with a profit made by the developer upon initial purchase. These tokens can, however, be coded. The ability for each resale to automatically result in a reward to the token’s creator—in this case, the game developer—has also become a feature of NFT smart contracts. With the possibility of future player-to-player purchases as a source of ongoing income, the approach enables game developers to repeatedly monetize in-game assets.

We are fast approaching a new era of economic activity and interaction. We are slowly beginning to leave behind the brain-dead attention economy and exploring new frontiers in the engagement economy. At tits forefront are NFT Metaverse games that are structured – hopefully sustainably – to reward players for their time instead of syphoning it for cash.