Published 2 Months Ago on Friday, Aug 12 2022
By Mohamad Hashisho 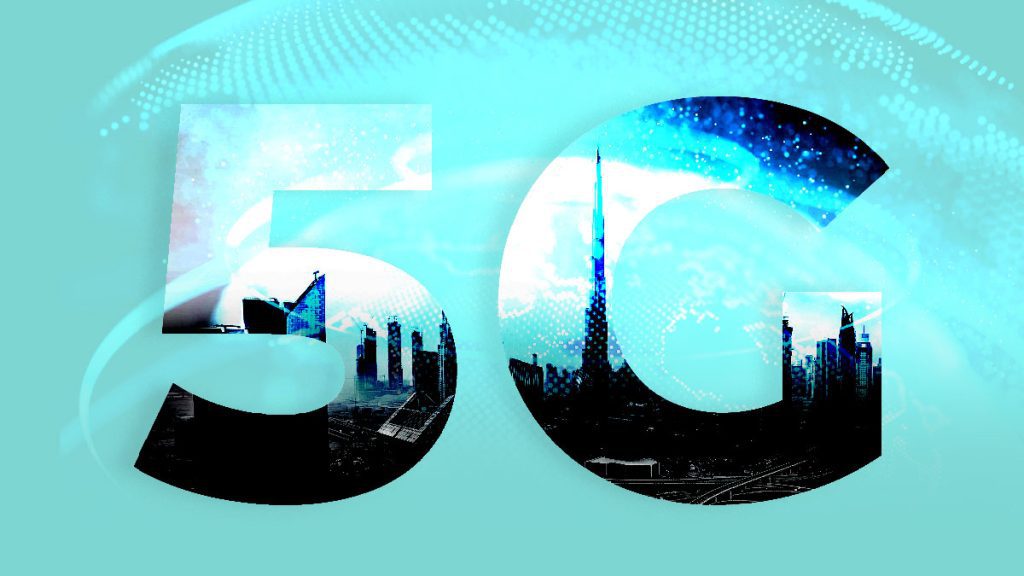 We frequently ponder what the future will bring. The Vice President and Prime Minister of the United Arab Emirates (UAE) and Ruler of Dubai, H. H. Sheikh Mohammed bin Rashid Al Maktoum, has stated: “Anyone who thinks that the world after COVID-19 would be the same as the one before it, is mistaken.” Change is the only constant, as the saying goes. Following COVID-19, the world has changed and will continue to change. One question arises: how will the crucial service sectors develop technologically?

The UAE launched 5G as the first nation in the Arab world and the fourth worldwide. Etisalat and du, two of its top operators, have made significant contributions to the accessibility and quality of telecom services in the nation. With a mobile speed ranking of 193.51 Mbps, the UAE is also among the top 20 countries worldwide in the fixed broadband index.

These conditions must be met for the UAE to receive the most unique and modern telecom services. The 5G network ranking placed Abu Dhabi among the world’s fastest capitals in 2022, with the fastest median download speeds of 421.26 Mbps. With all these achievements, 5G has advanced the nation and put the UAE in the lead. With an astounding median download speed of 983.19 Mbps over its six-month run, Expo 2020 Dubai was acclaimed as the fastest event ever. The location’s 5G download speeds peaked at over 2 Gbps, which is a tribute to Etisalat’s network construction.

In hindsight, du has made Global Village the first 5G-powered entertainment destination in the world. By updating their networks and boosting local, national, and international network and data capacity, telecom companies have also consistently pushed to give the maximum penetration of fiber-to-the-home (FTTH) access. As a result, the UAE is currently rated third globally on the list of the most connected countries, which assesses the degree of global, social, and information technology communication as well as mobility infrastructure connectivity.

The largest publicly traded telecommunications company in the United Arab Emirates, Etisalat, has changed its name to “e&” and announced a strategic reorganization to attract new investments and boost global expansion. The telecom has been reorganized into several new sections. The telecom segment, which runs businesses for Etisalat UAE in 16 regions, will not change. A new business vertical called “e& capital” will act as an investment arm to concentrate on joint ventures, acquisitions, and startup investment opportunities. Other new business verticals include “e& life” and “e& enterprise,” which will split its consumer and enterprise businesses.

In the coming year, analysts at EFG-Hermes anticipate stable margins and low-single-digit revenue growth from e&. The restructuring, according to various sources, might “crystallize the value of Etisalat’s assets as they carve them out and perhaps have them listed as independent corporations.” Dowidar did not completely rule out asset sales or stock listings as potential growth strategies. In recent years, the company has made acquisitions, including that of the online store elGrocer, the data center operator Khazna, and the cyber security firm Help AG. The business also entered the digital banking space, announcing a collaboration with the online bank WIO earlier this year.

To speed its growth over the next 18 months, the organization mentioned that it would focus on yet-to-be-named nations and businesses in Asia and Europe, although it did not go into specifics. In 2020, the UAE eased some limitations on work-from-home tools like Zoom and Skype, but the most well-liked services are still limited, moving citizens to use telcos’ fee-based services in their place.

Emirates Integrated Telecommunications Company DU now has over seven million users. Net profit for the three months ending June 30, 2022, was AED303 million, while sales were AED3.14 billion, up 9.9 percent. Service revenue increased by 14 percent to AED2.261 billion. The number of mobile subscribers for the corporation increased by 13 percent to 7.4 million. Twenty-four thousand new consumers, who were added, signed up for postpaid services, expanding the segment’s total number of subscribers to 1.4 million. Prepaid subscribers numbered 6.1 million after the quarter. Du pointed out that the “poor tourist season” and the end of Expo 2020 had caused the prepaid visitor customer base to “taper.” The number of consumer broadband subscribers for Du increased significantly by 69.5 percent to 473,000, with at least 35,000 new subscribers.

Du added that the company’s successful performance resulted from a combination of its competitive commercial offering and adding new locations to its fiber network. Etisalat’s e&, on the other hand, posted a consolidated net profit of 2.4 billion dirhams ($653 million) in the first quarter of 2022, a rise of 3.6 percent. Etisalat UAE had 13.1 million users by Q1 2022, while the total number of group subscribers was 159 million. According to Dowidar, e& aims to develop a more modern business model that uses the group’s commercial pillars.

According to the WAM analysis, e& generated outstanding financial success across all major parameters thanks to increased demand for data and digital services and the group’s capacity to take advantage of superior networks.

Both giants have recorded increased retail and wholesale revenues as the demand post-COVID has kept growing stronger and stronger. With such distinctive services offered and great facilitations on smartphones and device deals, everyone kept rushing to get their hands on the latest telecom technology has to offer. The race to increase control over the retail market keeps raging, which means more locations for both companies. As a result, more sales. The healthy rivalry will surely push the telecom industry in UAE towards realizing its grander potential.

The future of telecommunication is getting closer than ever, and many smaller telcos simply lack the bandwidth or resources necessary to address all the upcoming market upheavals concurrently. Carriers must make difficult decisions, but as a result, they can determine their own fate. A risky move that is guaranteeing UAE’s leading telcos a thread of never-ending successes. They can offer themselves the best chance to succeed in the upcoming period of the industry if they take risky actions earlier than their rivals.

Inside Telecom provides you with an extensive list of content covering all aspects of the tech industry. Keep an eye on our Telecoms and 5G sections to stay informed and up-to-date with our daily articles.