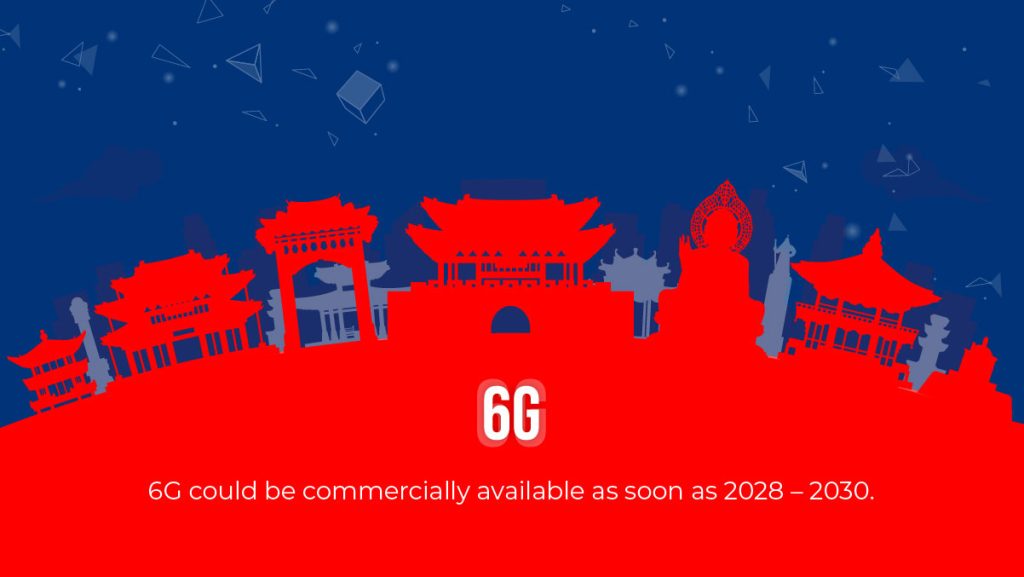 Business Korea’s core alliances report that the government expects commercial 6G to become widely accessible from 2028 to 2030. What use cases will be made of the new technology as 6G networks promise speeds 50 times faster than those of 5G are still being determined. Even said, South Korea’s interest is not surprising given that its carriers launched 5G for commercial use early in 2018. Between 2021 and 2026, the Korean government plans to invest over KRW 200 billion ($169 million) in developing this technology. Including securing patents and establishing the R&D and business foundations for the new technology.

Tbps-capable wireless and optical communication for maximum 1 Tbps speeds, Terahertz R.F. components and spectrum models, space mobile and satellite communications to help expand support altitude to 10 km above ground, end-to-end ultra-precision networking for 1/10 latency compared to 5G, intelligent wireless access and network with a focus on applying AI to all sections of the network, and a spectrum model for bands between 100 and 300 GHz are some of the strategic technologies that South Korea described.

For the time being, attention is being paid to creating the foundation for technologies and determining the technical specifications for crucial parts of the 6G network. Additionally, in 2021, the government will open 6G research facilities at KAIST, Sungkyunkwan University, and Korea University. South Korea emphasizes aggressive public-private cooperation in the early phases of 6G and also aims to lead in terms of international standards and patents.

The Forming of 6G Alliances

The trial also hopes to transmit data at 1Tbps, which is nearly five times quicker than 5G and will cut latency to one-tenth of existing 5G services. But other countries are also interested in 6G. One of the first significant conferences in the industry to lay out the path for the sixth generation of mobile devices will be held, the US FCC, AT&T, and Verizon announced today. The mobile technology research and development business InterDigital is in charge of organizing the 6G symposium.

In particular, South Korea wants to encourage 11 studies with the United States, one with China, and two with Finland on the fundamental 6G technologies and spectrum. The nation’s 5G Forum will sign Memorandums of Understanding (MoUs) for 6G collaboration with businesses. Including the Next G Alliance in the United States.

How Does This Sit with China?

Of course, China is the target of all of this activity, and there are indications that Beijing is uneasy about it despite its self-declared global leadership in 5G. The U.S. government and western firms came under fire last December from the official Xinhua news service for advancing 6G collaboration without China. A symposium on 6G technology held in China in March calls for international cooperation repeatedly.

According to China Daily, Xiang Libin, the deputy chairman of the Ministry of Science and Technology, stated that China’s telecom industry has been collaborating with overseas peers for decades. “International cooperation on 6G is welcomed, and we actively promote it,” added Xiang. It’s interesting to note that some analysts believe China should act as Korea’s partner (in 6G and other technologies) by lowering barriers to entry for Korean investors and firms and establishing various collaborations. Even though it’s unlikely, it makes sense.

Instead of in government agencies, the 3GPP and the business will be where 6G is created. However, the choices made by the government today will have a significant impact on how the future generation is raised. China should focus more on forging the necessary alliance with South Korea and less on South Korea’s rush toward 6G. Through partnerships, the U.S. is attempting to further its position. Do you not believe that China needs to follow suit?

Although 6G is still some years away, it has been the focus of the wireless research community. The path to 6G involves developing 6G enabling technologies, standardizing 6G technologies, and fundamental research for 6G technologies. Many experts discuss and debate the 6G times-line and path to worldwide 6G standards. Many nations are attempting to dive into the 6G lake. A worthy addition to the list is South Korea.