Published 2 Months Ago on Friday, Oct 21 2022
By Mohamad Hashisho 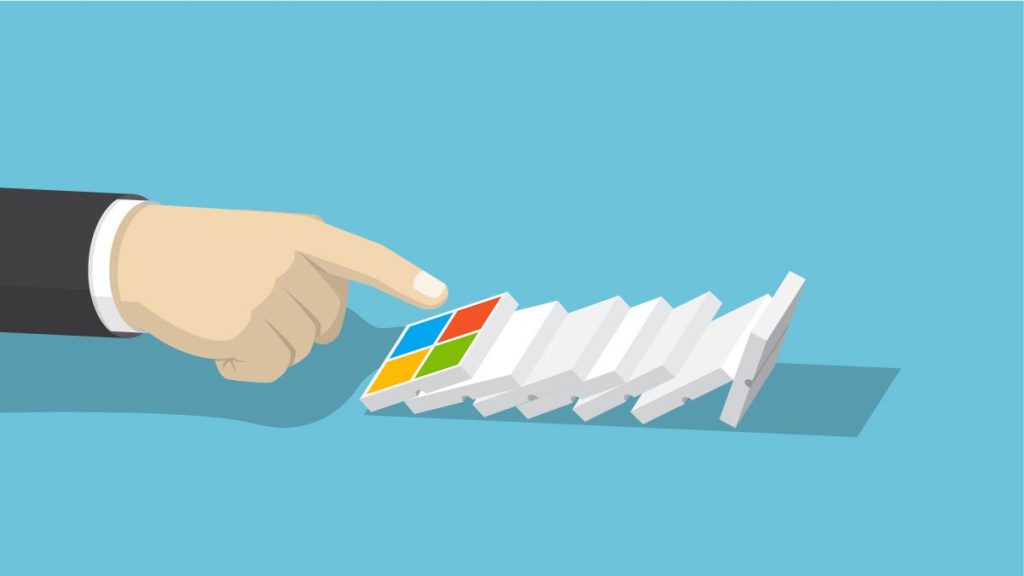 In the current state of the world, the challenges the world is facing bleed into the economic aspect as well. The job market is more ruthless than ever. Layoffs, or as some like to refer to them, realignment, hit every pillar of the tech industry. Small fish are getting affected, and the giant whales are not safe either. The Microsoft layoffs announcement is another addition to the list of prominent names cutting employees off. Snap reduced its workforce by 20 percent, with giants such as Apple and Intel announcing the laying off of employees. Meta did not jump on that train yet, but they initiated a hiring freeze and budget cuts.

The current state of the world has added a lot of economic pressure through political tensions and inflation pushing all prices to record-high numbers. The costs and fees rising affect businesses and companies directly. Since it instantly stops the customer’s buying power. Recent research highlighted a substantial reduction in online advertising sales, especially on social media platforms. The two prominent giants, Meta, and Google are the leading players affected by such a drop, as they almost monopolize the digital advertising sector. The US digital market has only seen an increase of 11 percent in the second quarter of 2022, a far cry from the 58 percent in the same timeframe last year.

On the other hand, big tech companies experienced massive growth during the tight lockdown era, when everything took an online aspect. Some might argue that this is an average reversion after the world opens up again. It is a mere comeback from a high peak. Recruitment during these high-demand times soared, and layoffs will occur as the recession wave comes.

In July 2022, Microsoft started a job cut process to try to realign during economic uncertainty before finalizing the fiscal year on the 30th of June. The tech giant, indeed, tech giant way, toned down the news, saying it will only affect 1 percent of its workforce, which is a mere realignment. When you read this sentence, it seems like a reasonable and somewhat harmless decision. Until you look at the scale of Microsoft and realize that 1 percent amounts to 180,000 employees, Microsoft layoffs will affect various sectors of the tech giants in hopes of diversifying the blow.

Microsoft did report strong earnings in Q3, almost a third of the year-over-year increase in revenues from cloud services and official income of nearly 50 billion dollars. Yet in early June of 2022, Microsoft decided, after revising its Q4 revenue, to start the employee layoffs process, mainly voicing reasons such as the effect of foreign exchange volatility. In October 2022, Microsoft layoffs were furthered to include hundreds of employees to continue the ‘realignment’ process.

Microsoft never confirmed the numbers. The layoffs, on the other hand, were indeed confirmed. The releases are estimated to amount to around a thousand employees worldwide, spanning various levels and teams. Microsoft is not gracefully overseeing it though, with some employees taking their dismay to Twitter and voicing it. Microsoft did predict a 10 percent sales growth in the first fiscal quarter, the lowest reaching point in almost five years. The layoffs are reportedly tipping the scale back to earning favors by October 2025.

Microsoft Are Not the Only Culprits

Over the past few months, layoffs within the tech sector have accelerated at once. Fearful of the recession, investors decided to withdraw their investments. Such a rug pulls certainly affected startups, especially the fintech ones. Yet big names rushed to highlight that the damage is affecting them well, and the tidal wave of recession is taking all fishes, big and small, in its wake. For example, Oracle stated that they are initiating a one-billion-dollar cost-cutting formula that will similarly result in a thousand layoffs.

Furthermore, Twitter parted ways with a third of its recruiting team. In fitting their nature, Tesla has silently let go of hundreds of employees. According to its CEO Mark Zuckerburg, even Meta is facing one of the worst downturns in its history. Zuckerburg stated that the company is only eliminating weak links in the workforce. The wave of layoffs is already on its way, especially after drastically slashing down the engineer count by 30 percent this year.

The Other Side of the Coin

Upon reflecting on the recent Microsoft layoffs, one can only wonder how a big giant can be pushed to a wall and forced to let go of employees. Microsoft shook off far greater blows and walked it off. Why now? One observation can be that among the flood of tech layoffs, Microsoft decided to wear it as a cloak to hide and maybe get away with it with less damaging exposure. If everyone is doing it, who can blame Microsoft?

On the other hand, we have Meta, which also poses another thinking point. Earlier this year, Meta took an astronomical blow when it lost 320 billion dollars, following the extreme fixation of Mark Zuckerburg on the metaverse. Yet, Meta walked through this fire unscathed, even when its stock plummeted. Zuckerburg made the enormous money lost look like change and moved on. But he can’t handle a couple of thousand employees, with like a couple of million dollars as salary?

Finally, these points are merely observations made. Microsoft can afford to lose money for generations, years, and years on end, and it will not dent the company’s financial power. Unlike the employees laid off. Who might have been living paycheck to paycheck, with the labels of economic recession tossed around to justify the letting go of employees? It can also point out its cruelty in a system that might make you feel like just a number, a small gear in a vast machine, easily expandable and disposable.

The tech world is facing many challenges currently, and it might resort to extreme measures to combat powerful means. Are they that extreme, though? Especially when factoring in the wealth and pulling power these names have. It is hard not to feel wronged by such decisions, but companies will always find a way to sugarcoat, formalize, and brand such choices. Numbing you down upon reading it to the fact that someone just lost their mean of income. It is not black and white. The world is built on the gray areas in between. Are the layoffs just another thing we will get used to? Only time will tell.