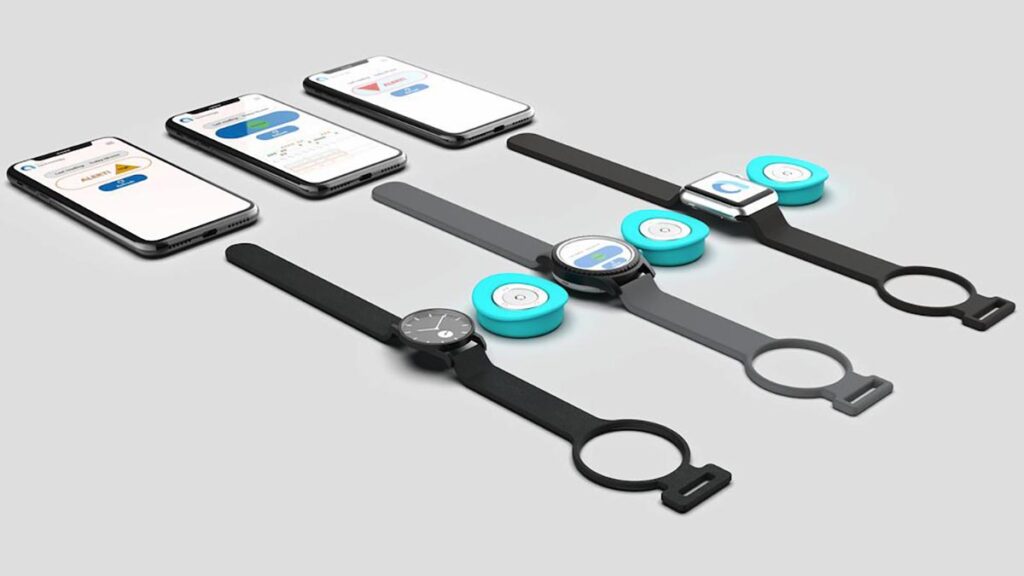 With more than 463 million people worldwide believed to have diabetes, the Afon Technology blood glucose sensor is designed to be compatible with your chosen smart watch, phone or tablet.

This sensor was revealed through new images that have been released featuring the world’s first wearable, non-invasive, real-time continuous blood glucose sensor.

Afon Technology’s CEO Sabih Chaudhry said: “Our taskforce of experts are world-class and together we are delighted to share plans for this life-changing device for people with diabetes.”

He stressed that “Without using needles, the pain-free Afon device will simply sit on the inside of your wrist and communicate vital information via Blutooth to your chosen smart device.”

“Diabetes can be incredibly limiting to someone’s life, but we believe we’ve created a device which will provide the wonderful feeling of freedom all wrapped up in a watch on the wrist,” he noted.

How does the device help patients?

The Afon device will measure blood glucose levels without the need to penetrate the skin at all, making it easier to manage the condition and therefore reducing the risk of diabetes-related complications such as heart attack, stroke, blindness, kidney failure and limb amputations.

Preliminary clinical research gives developers hope that such a device could become a reality in the near future.

With no replaceable parts it could be cheaper than other current diabetes technologies available on the market which rely on replacement patches and needles.

It is hoped the device, which is set to undergo another round of clinical trials, will be available to purchase from the end of next year.

Professor de Vries, medical director at Profil, the diabetes research organisation in Germany, who specialises in internal medicine and endocrinology and is a principal investigator at the University of Amsterdam’s Faculty of Medicine (AMC-UvA), said: “We evaluated the Afon device under both hyper-and hypoglycaemic conditions during the clinical trials and we were surprised and excited by the possibilities of this technology.”