Metaverse Hardware: The Gadgets of the Future 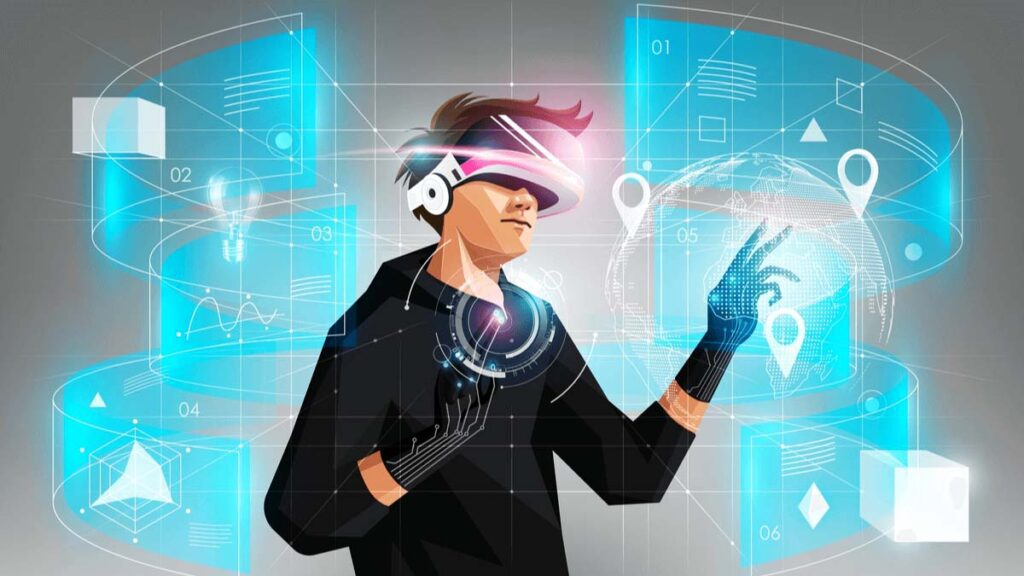 With every new generation of technological innovation must come an evolution of hardware that brings it to life. Today’s Metaverse hardware is where cell phones were in the 1970s. Big, clunky, primitive, and barely useful enough for most people to bother buying.

Fortunately, the incentive is high, the funding is even higher, and companies are racing to be the first to bring the next generation of Metaverse hardware to the market and enable the next phase of digital connectivity to take off.

Inching ever closer to a Black Mirror-like universe, InWith Corporation says they have developed the world’s first soft electronic lens.  With electronic circuits embedded into the hydrogel body, the lens uses AR displays to reveal different types of information.

The lens would work alongside smartphones or other devices to display information about the world around you in real-time.

“You’ll be able to see things such as, what is the speed limit on this road? What direction am I heading? Where is the next exit and how many miles away?” said company CEO Michael Hayes in an interview with CNET.

“Everything you could do with your smartphone, theoretically, will be able to be cast into your field of vision,” he added.

The device can also help people with eyesight inhibition, allowing them to tune their vision to see better in close or long-range, depending on their needs.

A few months ago, Meta, formerly Facebook, revealed that they were working on high-tech haptic gloves to allow users to experience physical sensations felt within the metaverse. While I would not advise anyone to play shooter games while wearing them, these gloves will serve to make VR worlds even more immersive as they incorporate your sense of touch into the virtual experience.

Haptic feedback console controllers are already giving players an extra layer of feedback while indulging in the video games universe. The ability to wear such technology is the logical next step.

Those big clunky things on your head that make playing VR games more of an exercise than it should be are going to shrink eventually, mainly because they must. Most people can’t be bothered to put on and take off those cumbersome indoor helmets.

If companies want VR to see significant mainstream adoption, they will have to invest in some lightweight, easy-to-use, and easy-to-transport headsets that people can at a moment’s notice. Although if the previously mentioned AR lenses can be made to display high-end graphically complex worlds, this might not need to happen.

And for the love of all that is holy, no more wires. It’s 2022, and wires have put one too many television sets in landfills.

We all saw this coming. If you have been playing VR games lately, you’ll know that pretty much the hands and head are the only parts of your body that are where they should be. The rest of the body often looks weirdly contorted in ways that break the emersion of even the most graphically appealing games.

Enter full-body sensors. With these, not only will the virtual world look much more appealing, but all kinds of physical activities can be shown in the Metaverse, such as dance concerts, boxing matches, sports coaching sessions, and much more.

If we are to fully realize our vision of an immersive virtual world built on top of our own, we cannot be held back by primitive hardware. Metaverse hardware will no doubt put our current gadgets to absolute shame, and companies are more incentivized now than ever to make that a reality.